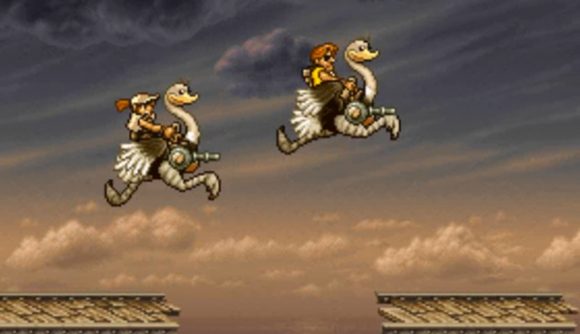 Looks like we’re set for a new Metal Slug game on mobile from Neo Geo developer SNK Interactive. That comes from South Korean publication Inven (Thanks, Siliconera), which reports that the upcoming mobile game is “80% complete”, and is set to come to iOS and Android.

The new Metal Slug game has yet to be revealed officially, so we don’t have a name just yet. That said, the report describes the game as a 2D side scrolling card-type game. There’s no word on a release date either, but SNK are apparently hopeful of releasing their console Metal Slug game in 2020, so we could see something similar here. Inven also quotes SNK Interactive CEO Jeon Se-hwan as saying the game will target ten to 20 and 30 to 40 year olds – as a 28-year-old, I don’t know how to feel about this.

The report also clarifies that the new Metal Slug mobile game has nothing to do with the project that is being worked on by Tencent’s Timi Studio – so you may have two new Metal Slug games to play soon. Details on that project are thin on the ground, but we’ll report back if we stumble across anything.

In case you’re unaware, Metal Slug is a run-and-gun shoot ’em up that puts in the boots of military cadets. It’s been a while since we’ve seen one, though, as Metal Slug 7 launched way back in 2008 on the Nintendo DS before showing up on the PSP a year later as Metal Slug XX.

If you’re looking for something to play in the meantime, though, then we have a list of the best mobile multiplayer games on iOS and Android – handy as you can get all of your friends involved, too.