It’s been a bit since we’ve had a new Metroid, eh? 11 years, in fact – and no, I’m not counting remake Samus Returns or the much-maligned Federation Force. The less said about that the better. So the last true entry was the lukewarm Other M, but you have to go back even further to the Metroid Prime trilogy for a good Metroid. Even then, it’s complicated, as that represented a reimagining rather than a continuation of the original saga.

No, it’s actually 17 years since the last proper Metroid – Zero Mission on GBA – and an awful lot has changed since then. The genre has had a full-blown renaissance, with Hollow Knight arguably now wearing the crown amongst stiff competition from the likes of Axiom Verge, Ori, and Bloodstained. So the question remains: where does Metroid fit into this brave new world?

Well, after spending a solid chunk of time with Metroid Dread, I needn’t have worried. It’s a solid Metroidvania that picks up right from where Zero Mission left off while adding a few bells and whistles from Samus Returns.

Like any Metroid, it’s light on plot – and the trailer sort of reveals everything you need to know. You land on a planet, there’s a scary new threat, and you have to fight for your survival. We mean it when we say scary, mind, as new enemy the EMMI are virtually indestructible, relentlessly pursuing you with murderous intent. 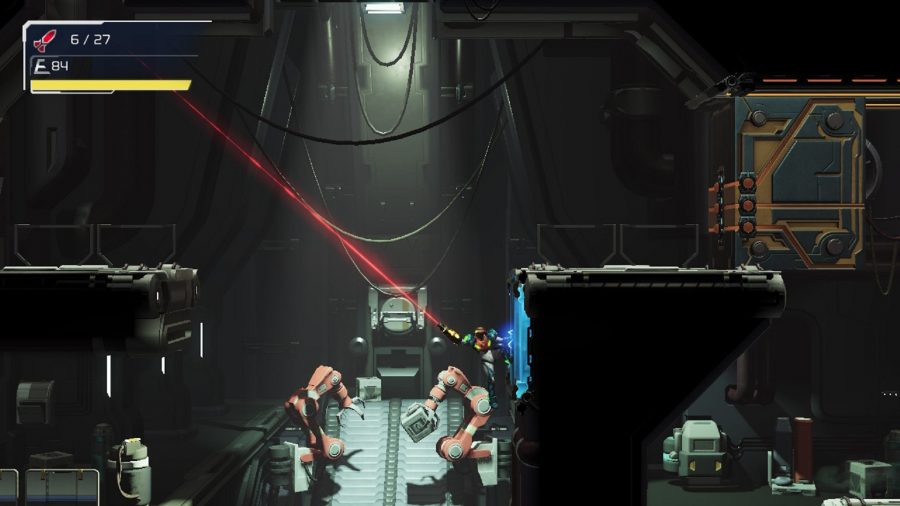 That eponymous Dread is very palpable, then, and it feels like the entire game has been designed around it. The dark and moody environments – which look fantastic on the Switch OLED by the way – are rife with tension. Between the myriad enemies intent on destroying you, the menacing backdrops that have a disturbing tendency to come to life when you least expect it, and the eery score keeping your pulse pounding, it’s an uncomfortable experience in the best of ways.

There's a nervous tension whenever you encounter a new enemy

So when you do encounter an EMMI, you’re already at the end of your tether. It’s never a surprise, as you only encounter them in specific zones, but that doesn’t diminish the terror. You can’t kill them, and you often don’t know where you’re going. You’ll either successfully sneak through without drawing attention, or have a madcap dash to the nearest exit. When caught, you can survive but it’s incredibly challenging.

Regular enemies are no slouches either, with your entire moveset coming into play while dispatching them. There’s a nervous tension whenever you encounter a new enemy as you learn their attack patterns and look to exploit them, but that heightens the feeling of elation as you smash through previous areas later on, batting away enemies with barely a thought.

The rest is pretty much classic Metroid. You explore, encounter insurmountable obstacles, discover a new item that lets you progress. Rinse, repeat. It’s a very well-balanced routine though, that drip feeds you with new moves and abilities but never to the point where you feel overwhelmed. It results in a sense of forward momentum that keeps you pushing on even during those moments where you get lost and can’t remember what you were supposed to be doing. 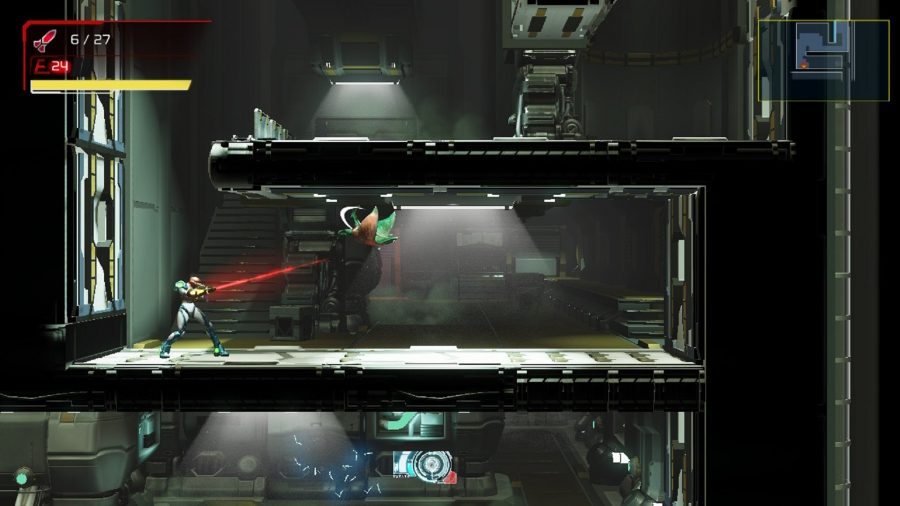 Your map is your friend, but also your worst enemy. Pretty much everything you encounter, be it an upgrade, recharge station, or save point is labelled on your map, so if you find something you can’t acquire you can pop back for it later when fully equipped. This is all very reassuring, but the map quickly fills with clutter, ending up as much a hindrance as it is a boon.

Bosses are a particular highlight though. They’re never quite as terrifying as the EMMI, as you can actually defeat them, but learning their attack patterns and exploiting them was always a joy. I haven’t found one I’ve particularly struggled with yet, but that’s less of an issue when you’re constantly facing off against invulnerable opponents.

But let’s get to the point: is Metroid still relevant in 2021? The answer is yes. While Dread doesn’t bring anything new to the table, and sticks very closely to the tried-and-true formula, it’s a well-balanced Metroidvania that will please fans that have waited 17 years for the true return of Samus.

Metroid Dread doesn't break the mold, but it's a solid Metroidvania that will please fans new and old alike