After looking forward to Minute of Islands for a substantial amount of time, it was exciting to see the game finally drop by surprise during the Future Games Show at E3. This beautiful, artful indie gem’s story and hints of darkness pulled me in straight away. As a fan of similar titles that take the bright, colourful art style of illustrated children’s books and combine it with dark, morbid themes, Minute of Islands looked right up my street from the offset – and if you have any interest in artists like David Firth or Felix Colgrave, or cartoons like Courage the Cowardly Dog, there may well be something to peak your interest here, too.

The story revolves around apprentice mechanic Mo, who is on a mission to repair the broken world she inhabits with the help of her powerful Omniswitch. On her journey, she is joined by a sweet little pet called Foxlotl, and encounters multiple friends, family members, and unsettling creatures as she works her way through fixing broken air-purification machines operated by giants.

There is a strong focus on both the conflict and conflation of nature and machinery throughout. Many of the machines are made of organic materials, such as veins acting as wires and central batteries being referred to as hearts. The giants who created the machines rely on them to stay alive, as much as the machines rely on the giants in order to function, drawing parallels with current society’s reliance on machinery, despite it being our own invention.

Minute of Islands also handles themes of mortality and self-destruction. As Mo goes out into the world, she chastises others for not being careful when out in the toxic air, but does not wear a mask herself, which is clearly making her sick. This idea of martyrdom and chasing a legacy through self-sacrifice is highlighted by small insights into her memories and dreams as the voices in her mind ask her what will be left of her when she dies other than dust and bones. 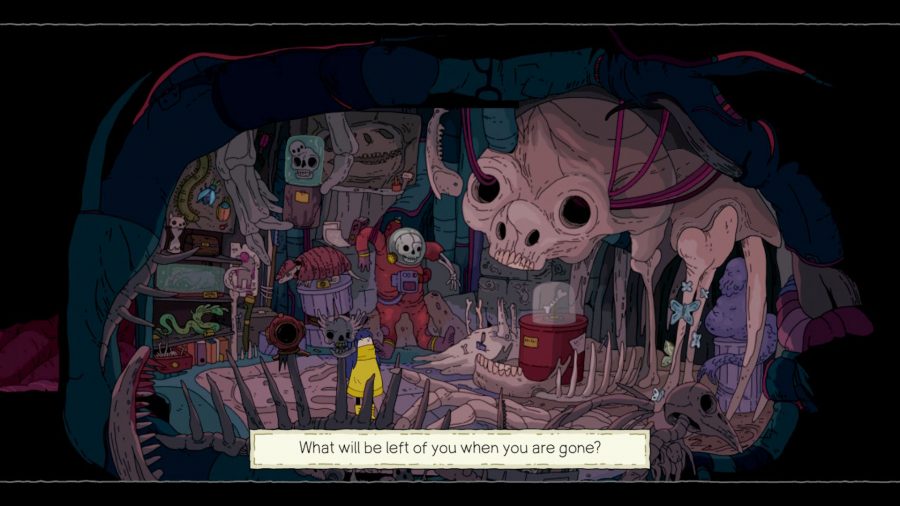 The narration by Megan Gray, in combination with the beautiful illustrations, creates a moving story-book feel that is only enhanced by the world’s beautiful yet morbid details. Each scene has so many intricate elements that are only occasionally addressed through the view feature – which in itself gives you an insight into the mind of Mo as she ponders the decay of the beauty around her. The collectables predominantly take the form of memories, floating around areas of significance, further highlighting the focus on this being a journey through Mo’s own mind as much as it is an adventure through this post-apocalyptic world.

Minute of Islands’ soundtrack is, in itself, a work of art. Consisting mostly of eerie mechanical noises offset against the echoing sounds of the ocean and scavenger birds that inhabit the islands, it creates a unique, almost anti-music backdrop, making it all the more terrifying when you enter the rooms of the giants and hear their laboured breathing in your ears. It is definitely a game that benefits greatly from the use of headphones, if you can handle the unsettling atmosphere it will drag you into.

The game features quite simple gameplay and puzzles, which has been the main critique given by most players. However, referring to it as a walking simulator seems quite harsh; it is definitely more of an interactive story with some platforming and puzzle elements to carry the narrative. But I don’t feel that the simplistic mechanics damage the game – if anything, it helps draw further focus to the rich story and the eerie emptiness felt in Mo’s surroundings. 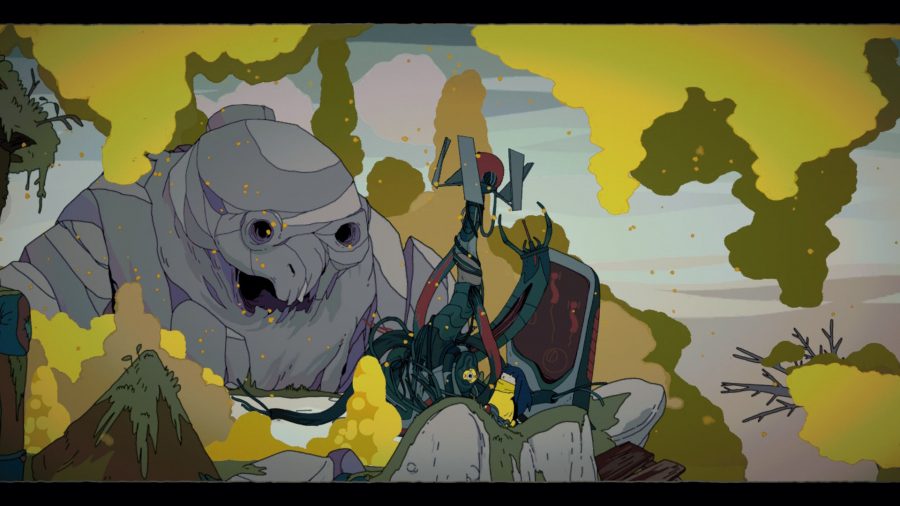 Having only played the Switch port, it hard to say whether this is a general issue or just a Switch-specific one. However, both the jump up and drop down actions are bound to the B button, and pushing the joystick up or down does not make a difference to which direction Mo goes. Therefore, I often found myself jumping up rather than dropping down when tackling layered 2D platforms. This is a small gripe, but one that was definitely a noticeable source of frustration when playing the game over a long period, and I found it difficult to get used to reading exactly when a drop down was possible and when it wasn’t. 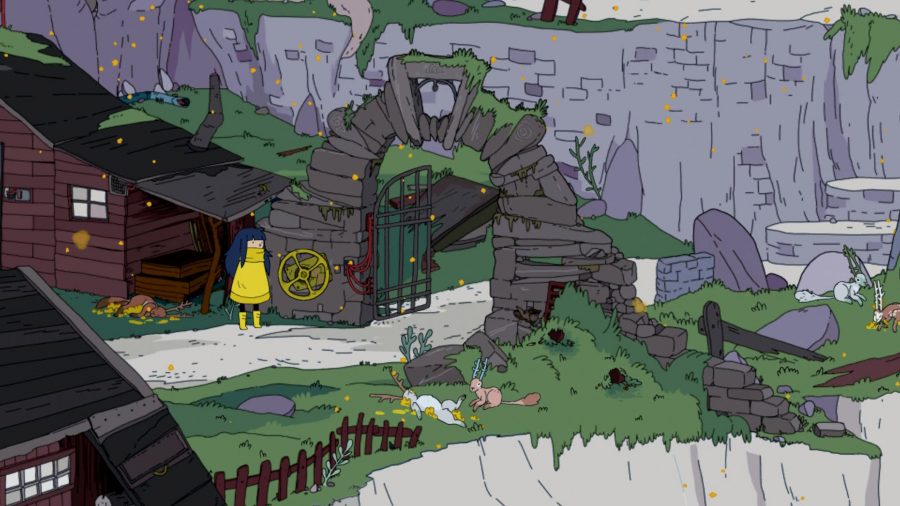 Overall, Minute of Islands is a beautiful exploration of mental and emotional health, the relationship we have with both the natural and technological world around us, and the beauty and horror of death. If you think you can handle its dark themes and the minimalistic nature of the gameplay, it is definitely a work of art to behold.

Minute of Islands is a beautiful, thought-provoking narrative experience that serves up simple platforming puzzles and a story that will stay with you for a long time.