Puzzles have been around for centuries. From the Exeter puzzle jug to the Rubik’s cube, humankind has always had a passion for sitting around and scratching their noggins, before eventually feeling that wonderful lightbulb moment when a solution strikes. So it’s exciting to see that we’re still finding new ways to keep the soul of puzzles alive – and Moncage is a great example of this.

Having previously come out on PC, Moncage has recently hit mobile, and translates brilliantly. It’s a gorgeous deep dive into the concept of perspective, packaged in a beautiful little box full of ideas. You take control of a small glass cube, with each side offering an interactive vignette, and your task is to line up matching objects and scenery in order to progress. As you unlock doors, pull levers, and uncover secrets, new scenes are unlocked, taking you on a journey of fresh puzzles, thoughtful interactions, and just as many ‘eureka’ moments as stumping ones.

The game does a good job of making you feel accomplished when you unlock a new side to the cube, opening up a miniature world like a blossoming origami flower. The art style is gorgeous, with a muted colour palette and simple shapes, and the sound design creates a sense of serenity that calmed me down (even when I was frustratedly twisting the cube around, struggling to see the answers).

Moncage has a vague plot, with allusions to father-son relationships, war, identity, and more, which is told in pieces through photographs and varying scenes. This narrative isn’t fully explored throughout the game, and comes off feeling a little lacking at times, especially as it’s hard to place anything on a consistent timeline. With drones, CRT-TVs, World War II references, and more, all seemingly existing simultaneously, it becomes a little hard to follow what the story is trying to say. 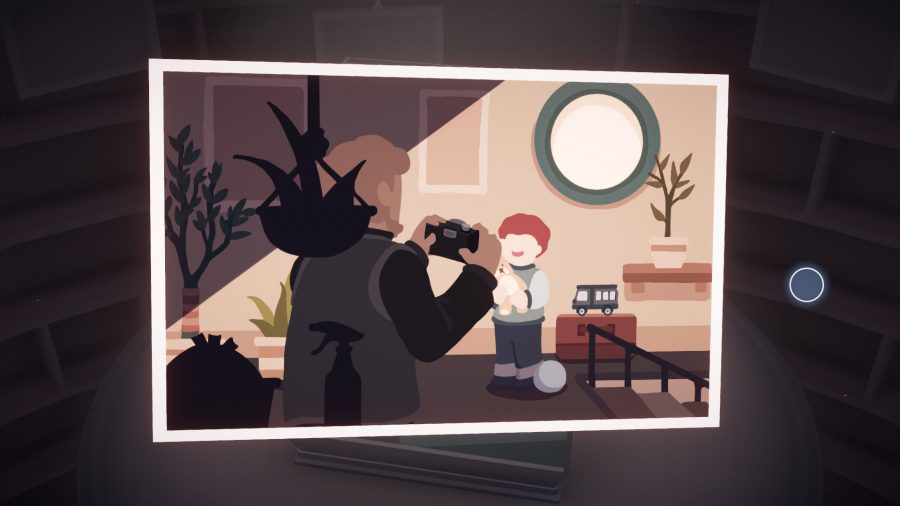 However, in some ways, I feel this enhances the dream-like exploration of memories. Combined with the fusion of the different vignettes, it emanates a vibe of looking back over past events, where the mind blurs boundaries and conflates stories in a way that often transcends any tangible stream of time. Like postcards, old toys, and photos we keep in a box, as we get older, the memories of when each event took place becomes more vague and hard to discern – which, I believe, is the real core theme of Moncage.

Moncage takes the puzzle genre and twists it, like a memory-filled Rubik's cube

As far as gameplay goes, Moncage works brilliantly on mobile. Rotating the cube with a swipe of your finger, holding two fingers on the screen to highlight important objects, and double-tapping to zoom in on specific areas, the controls are comfortable and simple, allowing you to focus instead on the puzzles at hand. These puzzles can sometimes stump you and leave you stuck for a while, but I personally found that this made eventually solving them all the more gratifying.

Moncage also offers a hint system, but this is a little lacking. It can’t always track the specific part of the puzzle you are on, so may give you hints that are outdated, and can sometimes come off as a little condescending – though it is still useful. But if you’re really stuck and the tips aren’t helping, you can watch the in-game video solution. 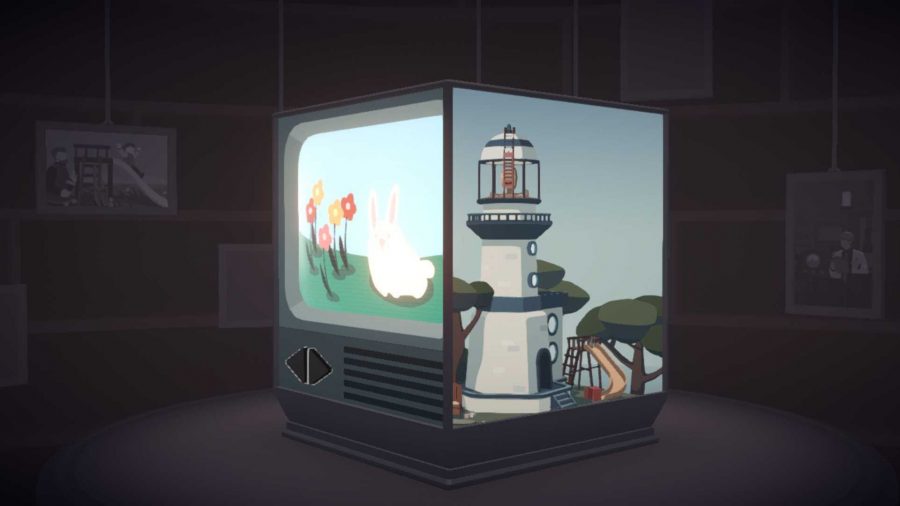 To conclude, I find Moncage a thoughtful little puzzle game that takes the genre and twists it, like a memory-filled Rubik’s cube. Clocking in at around three hours of content, it’s a short but sweet title that’s reminiscent of games like Monument Valley and Assemble With Care, while still being able to hold its own sense of identity. While some areas of the narrative could do with a little more polish, as I said at the beginning; this is a game about perspective – both visually, and mentally.

A gorgeous look at the idea of memories and the importance of perspective, Moncage is a lovely little virtual puzzle box that may lack a bit of depth, but makes up for it with thoughtful design and engaging challenges.