I’ve been a huge fan of the Monster Hunter series for many generations, and, as such, I like to think of myself as a bit of a monster-bashing veteran. Therefore, it goes without saying that I was waiting for the Monster Hunter Rise Sunbreak DLC with bated breath since Capcom first announced it.

MHR already has a lot going for it, and, though it’s lacking some features (and has changed others) that I’d become accustomed to in my over 500 hours of playing Monster Hunter World, I still found it quickly earned a place in my heart – and I’m sure you did too. After simply adoring MHW: Iceborne and picking clean most of the content from the base MHR, I desperately hoped Sunbreak would offer Rise the Iceborne treatment. Well, I must have eaten a lucky dango before this round, because it certainly doesn’t disappoint.

MHR: Sunbreak follows on directly from the story of the base game. Having saved Kamura Village from inevitable doom (or having dodge rolled around and landed enough hits to take down Narwa and friends) that gal from the Argosy informs you of a new place full of monsters that need a-huntin’ – Eldago.

The plot is your standard, non-consequential MH affair, as has been the case for every game and expansion so far. I shan’t give too much away in case you’re a true wyverian who’s deeply steeped in MH lore, but the basics are simple – monsters are appearing, you’re a monster hunter, go do your thing to save the town. I will say that the threat of the ominous ‘Three Lords’ is more than enough to keep me engaged, and the Eldago outpost is vibrant and lively, with that unique yet familiar vibe you come to expect from hubs in this series. 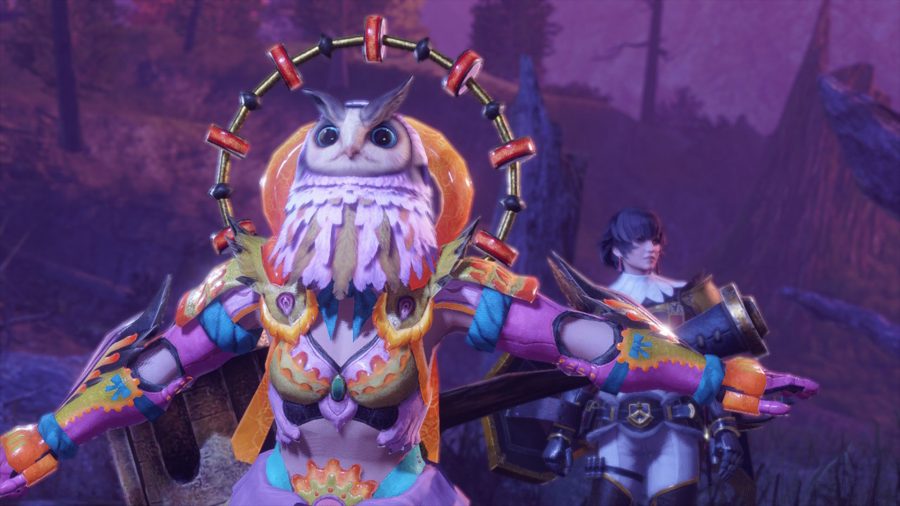 Plus, in exchange for the death of the much-detested rampage missions, we gain the new follower missions. These are special quests in which specific NPCs accompany you on hunts, offering some decent crumbs of exposition and an extra helping hand in the field. Thank goodness they don’t use up a faint when they K.O.! Luckily, Florayne, the knight who joins you on major story quests, is actually a brilliant companion, too. Despite being AI-controlled, she behaves like a real player, and will even heal you and mount enemies in the heat of battle.

There are two of the main enticing elements to MHR: Sunbreak that are sure to pull all Basarios-battered hunters in – the first being the reintroduction of master rank (yep, we’re taking the training wheels off and completely skipping G-rank again, friends). Those of you who played MH games in the past may be familiar with master rank, the next tier above high rank that truly ramps up the difficulty and pushes you to test your mettle in the field. And, honestly, call me masochistic but I really couldn’t wait to get out there and test my beast-bashing chops once again – luckily, master rank certainly provides that challenge. 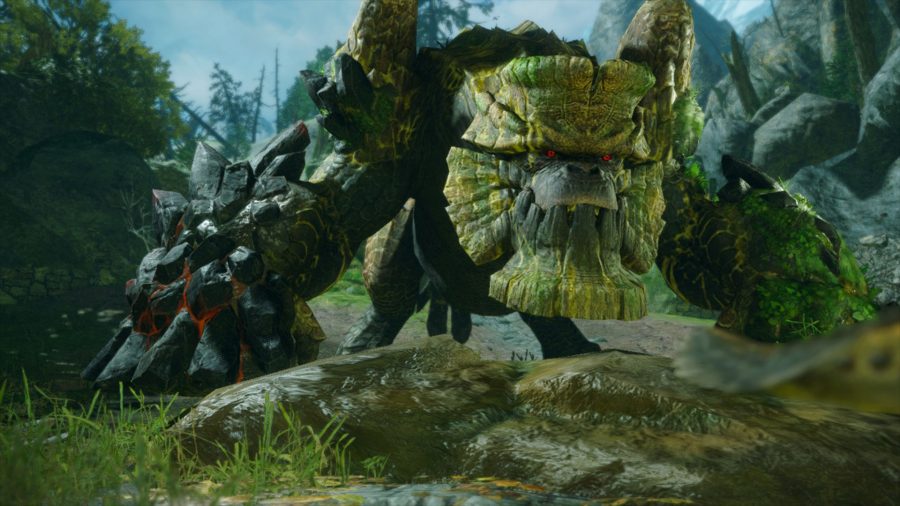 The second draw is, of course, the roster of monsters themselves – and, personally, I feel Capcom did a brilliant job. There are plenty of familiar faces making a reappearance. Firstly, there are the beasties you’ve already fought in MHR, reappearing in much tougher, or even mutated forms. While this may be a little dull for some players, I always enjoy seeing these alternate versions and getting to know the variations on their attacks, and I feel it’s a good way to adapt to the harder difficulty while still keeping the gameplay fresh. However, these rehashed fights do go on for quite some time, and fill a lot of the quest board.

Then we have the return of critters from previous titles. I personally love the idea of bringing monsters back from older games in the series. This process is great for both sides of the coin, with new players getting to experience the classics for the first time, while veteran players get to dive into battles with beasts we’ve not seen in years. These returning monsters also have new moves and altered attack patterns, really adding a fresh challenge – perhaps even more so for players who fought them in the past and memorised their old moves like muscle memory. Habits sure can be hard to break. 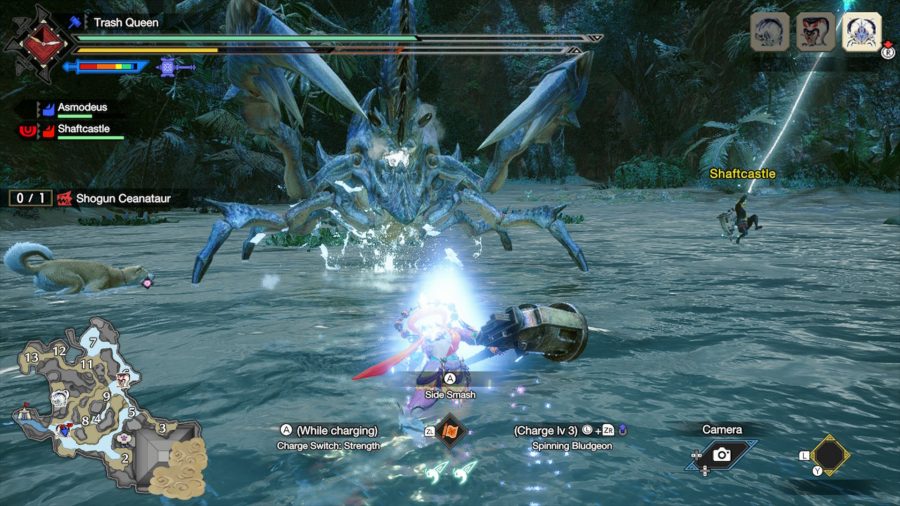 Aside from this, a few new monsters have entered the ring, and while there aren’t many of them, I’m pleased to say that they truly deserve their space in the ever-growing Hunters Notes book just as much as their predecessors. The MH creature designs never cease to amaze me, with their unique uses of elements, attacks, and the environments around them consistently helping to build a world that feels truly real and just as dangerous as it is enthralling. I’m so glad to see that Capcom hasn’t lost its spark here, and that each new addition is just as breathtaking and intimidating as the last.

Naturally, I would never call Monster Hunter Rise an easy game – and that’s even more true of MHR: Sunbreak. While it’s got plenty of quality-of-life changes that make it a far more player-friendly experience than the old games (excluding MHW), the master rank hunts are still more than capable of smacking you on your butt and taking all your lunch money before you even have the chance to gather that tantalising shiny you spotted on the floor. 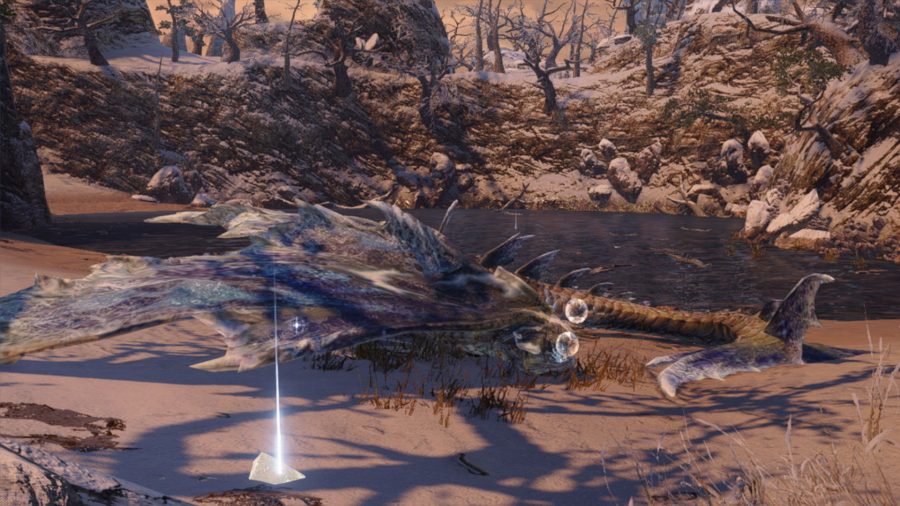 To emphasise this, no matter how well kitted-out you are when you step foot in Eldago, most of that gear you’ve spent hours grinding for is now out-leveled and you may as well be going out there butt-naked. Everyone with Monster Hunter Rise has now gained access to a new armour set and weapon tree designed specifically to help you get through the content and catch up to Sunbreak, should you wish. This set can comfortably carry you through the beginning of MHR: Sunbreak until you have the chance to scrounge up the materials for something better. Which, let’s face it, may take a while.

But even with that armour set, a bunch of carefully set decorations, dango with the best skills, and plenty of experience under your belt, you can still expect to have the wind knocked out of you far more frequently than in the base game. I’ll happily admit that I wasted 40 minutes trying to solo an Aurora Somnacanth when I first came across it, only to get my ass handed to me by a disappointed palico. So there’s got to be some better equipment, right? 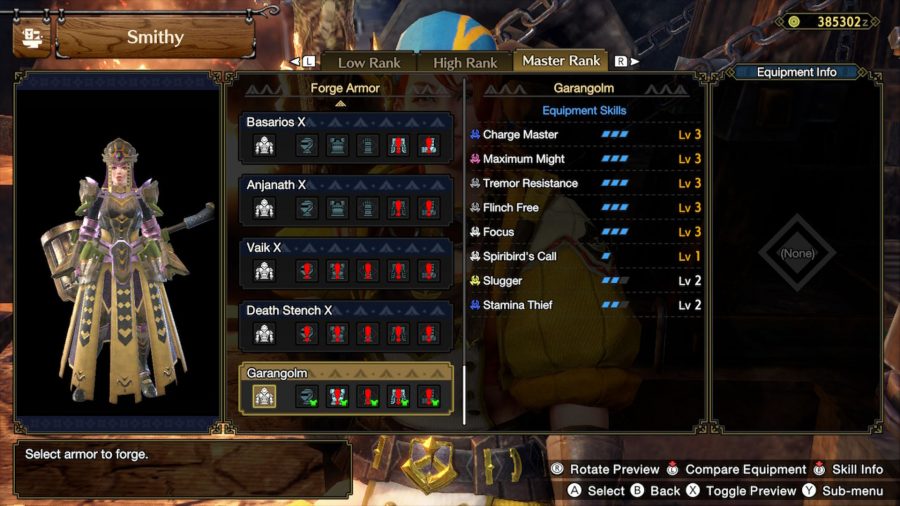 Well, there are certainly plenty of new armour sets in the game, and master rank more often than not pushes you to ensure you’re equipped with a loadout catered to the monster you’re fighting. However, a lot of the good stuff (or at least, the interesting stuff) is locked behind reaching a certain part in the DLC, and I feel mostly underwhelmed by the sets available in the first few stages of master rank. Not only are most of the designs samey, but the negative stats often outweigh the positives. Plus, with the classic MH material drop RNG, grinding such tough monsters to not get the one material you need for that marginal upgrade hardly feels worthwhile in a lot of scenarios.

Luckily, there are plenty of decorations and some really great weapon upgrades and new weapon trees to pick up the pieces. Additionally, weapons no longer have set rampage skills, but can instead be equipped with rampage gems, allowing you a bit more flexibility with your kit. Some of the rampage gems are extremely handy, and being able to change up your loadout with such variety makes for some very interesting combinations and bonuses. Of course, both weapons and decorations still require a bit of grinding and some sweet, sweet luck from the RNG gods, though. 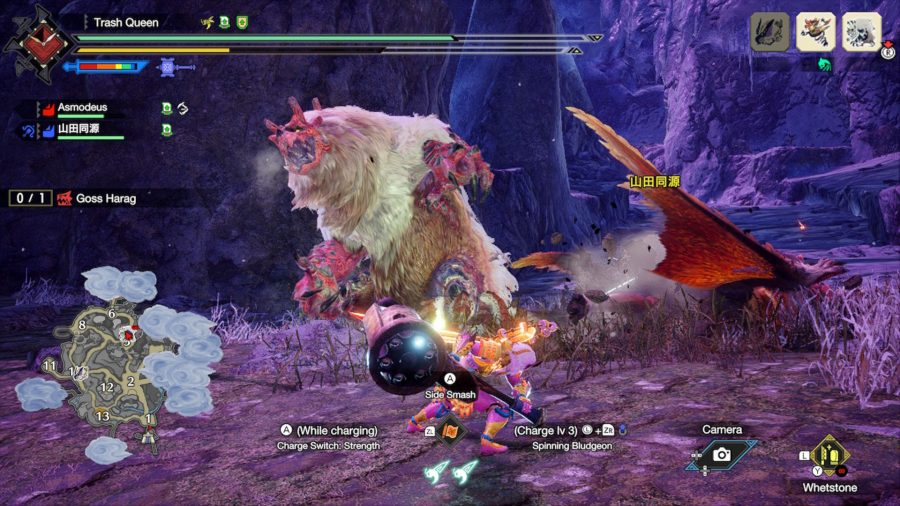 MHR: Sunbreak also sees the introduction of new switch skills, along with the ability to equip two switch skill loadouts simultaneously, flipping between the two in-field. This has its benefits, and certainly becomes an important part of gameplay later on – especially from master rank 4 and onwards. However, I’m personally not a big fan, especially as a hammer main who is quite stuck in her ways. I find it quite clunky to perform, and the long animations without invincibility frames often end up leaving you vulnerable to attack when attempting to pull certain skills off. But I’m sure that, with time, I’ll grow more accustomed to it, and that many of you will enjoy the dynamics and extra flexibility in gameplay.

The maps in MHR: Sunbreak are beautiful, and fit perfectly in with the rest of the world while still standing out as extremely unique and intriguing places to explore. The vibrant colours, variety of endemic life, and rich terrain make for a wonderfully interactive environment far beyond a simple backdrop. Additionally, with no load screens between zones and the help of your palamutes and the great wirebugs to get around, exploration feels fluid and enjoyable. 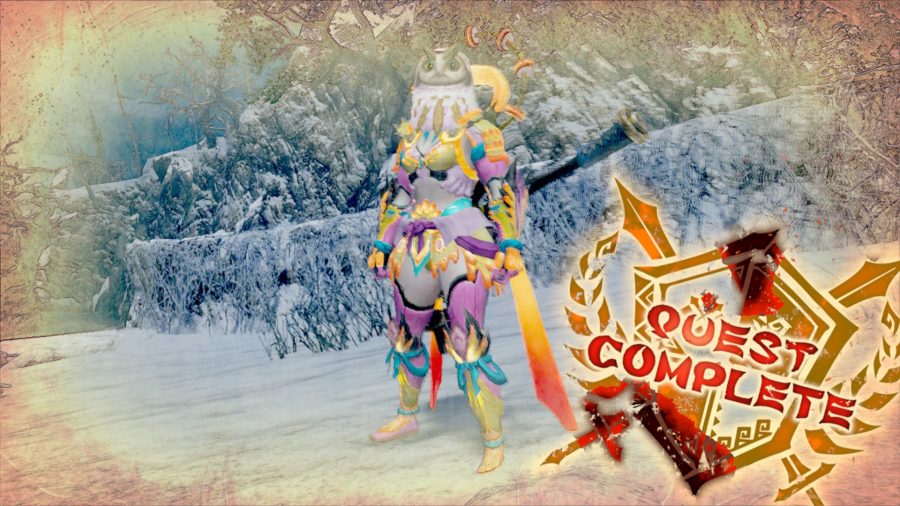 Performance-wise, Sunbreak works wonderfully on Switch. I experienced no stuttering regardless of how busy a battle got, and the colours and details look gorgeous both in docked mode and on the OLED screen. My partner is also playing it on a standard Switch, and he’s had no performance issues either. My only hiccups have been a few disconnections in fights where I or another player has connected via join request, but these have been few and far between.

Overall, Monster Hunter Rise: Sunbreak is an expansion in the most literal way – it expands upon, and continues the main content of MHR. If you love the base game or are a fan of the series as a whole (and you’re willing to get smacked around by a big, stinky armadillo or a scary vampire dragon), then this DLC is for you. It offers heaps of endgame content, fresh, challenging fights, new areas to explore, and more. Plus, with the amount of time I’ve spent on it already, I would say it’s more than worth the price. Just keep an eye on that Khezu – he’s always up to something.

A beastly expansion that picks up right where MHR left off, Sunbreak builds upon the base game with a plethora of fresh, challenging fights, smashing skills, exciting equipment, and more. So hop back on your palamute and grab a max potion - you’re gonna need it.