After the smashing success of Monster Hunter Rise on Nintendo Switch, Capcom is riding that wave of goodwill and has released a sequel to the cult 3DS RPG spin-off Monster Hunter Stories. The sequel, aptly titled Monster Hunter Stories 2: Wings Of Ruin, follows the same monster-catching formula as the original but with much bigger, and prettier areas to discover. Just like before it’s up to you to utilise your monsties to make the best team possible for battling and exploring each area with their individual abilities.

From the Monster Hunter Stories 2 eggs you pick, to the genes you pass on, there are plenty of things to look out for when building your team, so, sometimes just going for the biggest and ugliest monstie might not be the best course of action. Not to mention certain areas inflict elemental damage, so planning your team ahead of time can make all the difference. So, how do you get the best monstie eggs?

Anyone familiar with Monster Hunter Rise and its huge roster of nasty beasts will recognise a fair amount of the monsters here, even if we do miss the fearsome Magnamalo. But the main difference is that the monsters in your party can vary wildly here, with some monsters even having different colours. From egg to training, each one is different and you’ll need to know how best to help them reach their potential.

Now, let’s get into our Monster Hunter Stories 2: Wings Of Ruin egg guide. 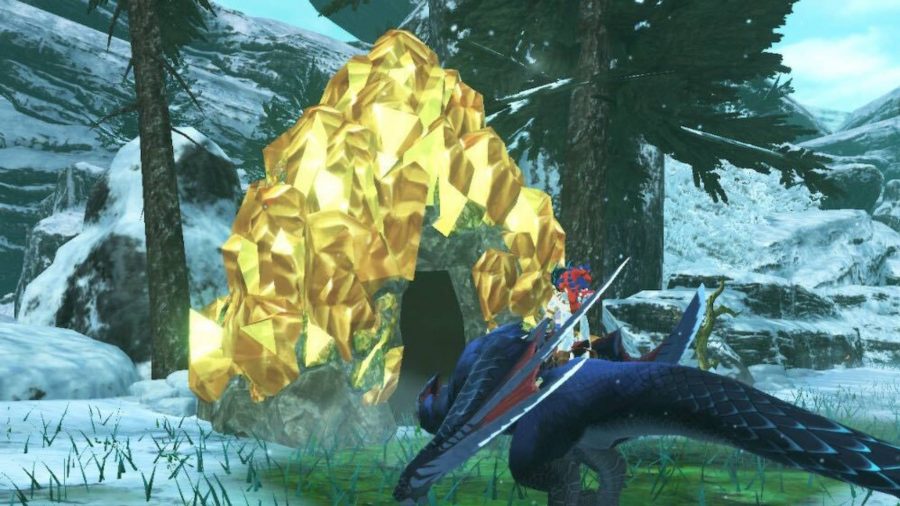 What should I know about Monster Hunter Stories 2 dens?

Monster dens in Monster Hunter Stories 2: Wings Of Ruin are littered around the land, so as you explore they pop up in various locations just waiting to be plundered. While most dens are a crystalline silver, occasionally you will find a golden monster den in the wild. These are more likely to have rare eggs or eggs with rare genes. So, if you see one across the map it’s well worth the effort, and they’re hard to miss being shiny and golden.

When you’re in a monster den, be sure to explore fully for both treasure chests and items strewn around. Some minerals and bugs are rarer than others, and are essential for forging armour and combining recipes, so make sure you comb the area on your way to the egg. It’s always worth the experience of a few battles, Monster Hunter Stories 2 can be a tough game, so there’s little point in avoiding fights. 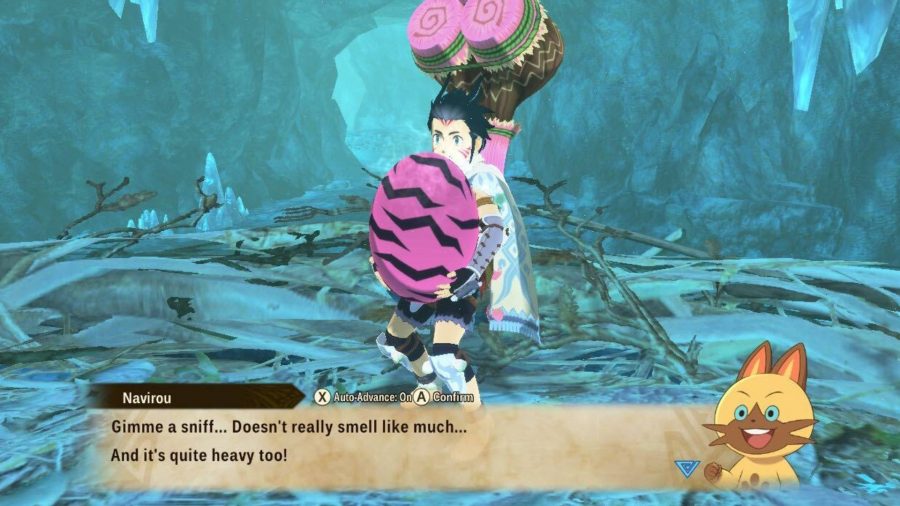 What should I know about collecting Monster Hunter Stories 2 eggs?

When you find a nest you’ll also likely find a sleeping monster protecting it, you’ll have a few chances to rummage for eggs before eventually the monster awakens and chases you. It’s particularly nerve-wracking when you want a specific egg, but always worth it! There are three main things to pay attention to when picking eggs. Each time you grab one, Navirou will comment on both its weight and its smell, with the heavier and nicer smelling the egg is, the better the chances of this monstie having rare genes when it hatches.

Another final thing to look out for is sparkling eggs, as occasionally when picked, an egg will make a shimmering noise and appear with a golden glow. These monsties will be much more likely to have rare genes, so even if it takes a few attempts it’s worth digging through nests to try and find a golden egg. There isn’t one in every nest, but the more you pick an egg the higher the chances. Most nests have around four or five eggs, so you’ve got a few attempts before the sleeping monster awakens and chases you out of its den. 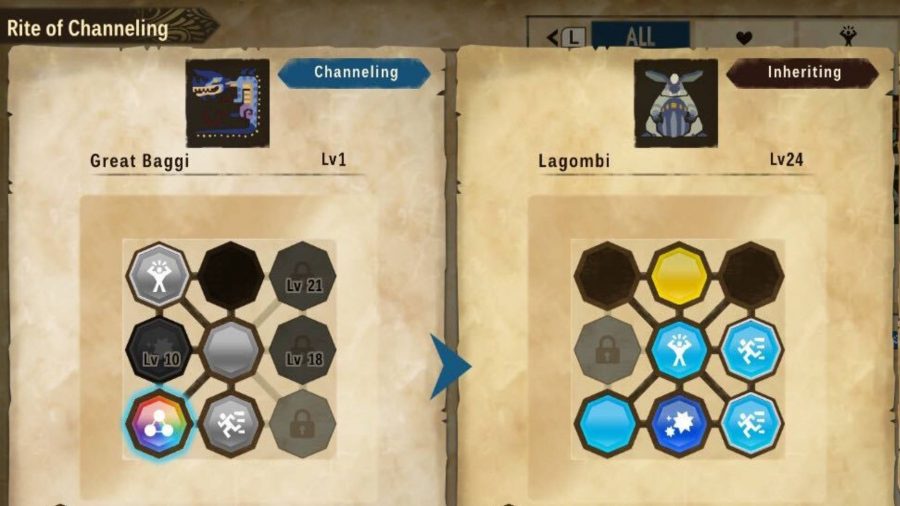 How do I successfully transfer genes in Monster Hunter Stories 2?

When you take your eggs back to the stable and hatch them you will eventually get the option to use the Rite of Channeling. This process allows you to move genes from one monster to another, to help you build up your favourite monsters, and make use of the spare monsters you hatch. Genes appear in a 3×3 grid, with new spaces unlocking as each monstie levels up, so, it’s worth regularly taking a trip to the stable to power up your team. There’s also a bonus for aligning three genes of the same colour in any direction, much like bingo, so make sure you take every opportunity you can to find and hatch eggs, because there’s always a chance you will find a useful colour gene.

Finally, be on the look out for rainbow genes, as these can fill any colour slot and also count towards a bingo. So, if you’re looking to utilise genes of two different colours but still want a bingo bonus, rainbow genes can be just the boost you need. They’re very rare though, so keep on the look out for rare monster dens and those sparkling eggs for a better chance at getting the best genes for your team. As you face down some of the tougher beasts later in the game, it can make all the difference.