In a year where Monster Hunter Rise is doing incredible numbers, and boosting the series beyond what even Monster Hunter World did before it, Capcom also finally brought out a sequel to the oft-forgotten RPG spin-off Monster Hunter Stories. The 3DS original is a charming entry point to the sometimes overwhelming series, and offers gameplay somewhere in between Monster Hunter and Pokémon, but with a bit more nuance.

Anyone who wanted to play the original had to track down a 3DS and a copy of the title, or pay for the premium version on iOS. Well, now Monster Hunter Stories+ is available for Apple Arcade subscribers, and if nothing else this is a very convenient way to experience the opening chapter in the franchise. Luckily, it’s also a very well-designed port.

Monster Hunter Stories+ tells a different story to the confrontational main series. You play as a young rider who must learn to work with monsters thanks to the power of a special item called the Kinship Stone. Finding eggs and hatching them adds monsters to your team, where they become Monsties (monster-bestie). Then you use them to explore the over-world or in heated battles with wild monsters and other riders.

The battle system is the biggest difference, as battles in Stories are a turn-based affair, with a system designed around three attack types: Power, Speed, and Technical. Each move type is weak to another and strong against another, similar to Rock, Paper, Scissors. You also choose which opponent to attack from the lineup of possible victims, and if you and another enemy attack each other at the same time, you’re thrown into a head-to-head. This is where using the right move type is essential to victory.

It’s a satisfying battle system, but sometimes gets a bit confusing as monsters move between the different attack types. As you react to one attack type, the monster might move to another and it can quickly become frustrating when failing so many head-to-head confrontations. As well as this, there are the regular Monster Hunter weapons and armour types to keep track of, with type advantages to manage as each monster can have elements such as Fire or Water. 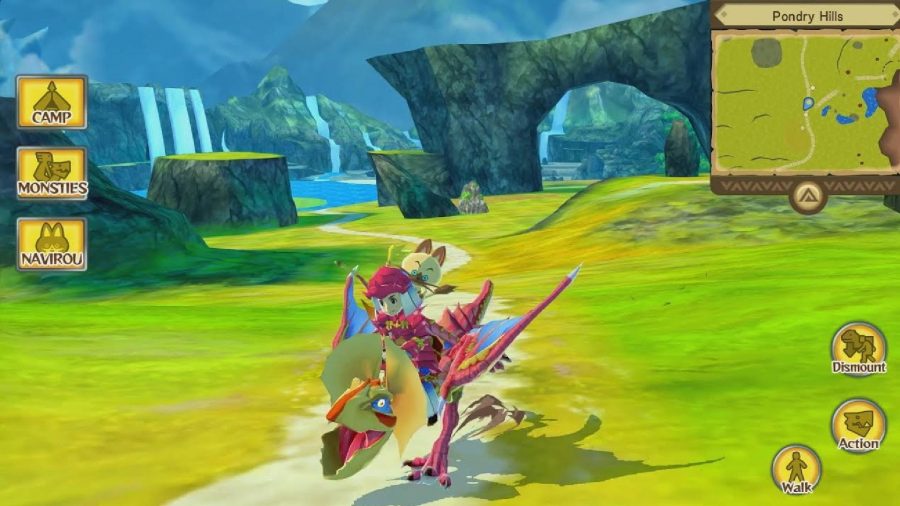 You want to keep a close eye on your monstie eggs as well, as rare eggs net you rarer monsters, while each one also has different stats to keep track of. Overall, balancing your loadout as well as your team is slightly daunting, but once you’re into the rhythm of it, everything becomes second nature.

The narrative is a lovely, and slightly dark tale that starts out in a small village, but turns into a much bigger affair revolving around a peculiar Rathalos. The characters are bright and well written, with your companion Navi the felyne offering comic relief. Still, there is enough of a story here to keep you entertained throughout, and while this is definitely a game for younger audiences it isn’t afraid to have some surprisingly emotional moments.

it isn’t afraid to have some surprisingly emotional moments

So, how does it play on iOS? Well, the great news is that this port of the 3DS original looks absolutely fantastic. Textures look much better and the character models were fairly well designed to begin with. The real winners though are the monsters, so often muddied by the blurred textures of the 3DS, are now brought to life with vivid colour and sharp detail. The framerate is also very steady, running on an iPhone 12 with no issues. There’s a lot of pop-in for some reason though, so monsters and characters can blip into existence a mere metre or so away from your character, but it’s not much of an issue. 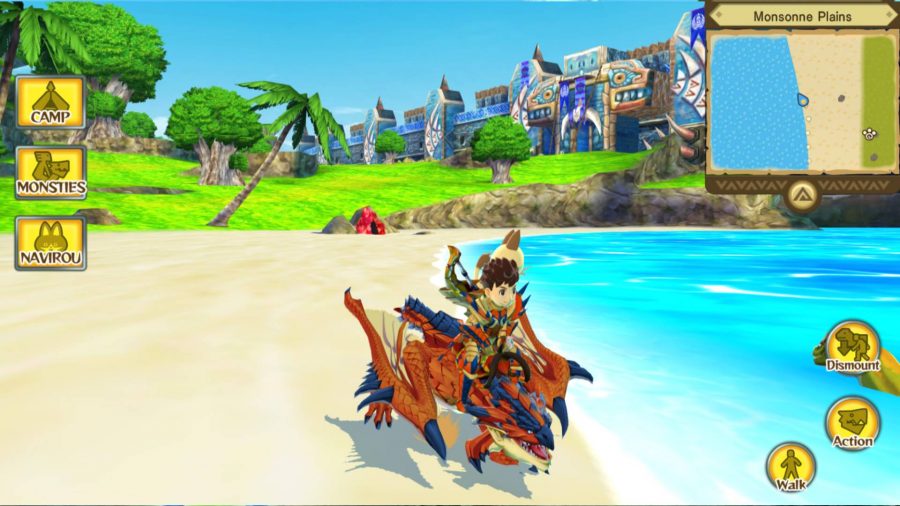 While the main gameplay now fills the screen, some cutscenes keep their original aspect ratio, so black bars fill either side, and the CG elements clearly haven’t been updated as much as they have perhaps been uncompressed. In this way, the cutscenes can look a little bit underwhelming, but the animation is still as fantastic as it was in the original 3DS release, it just sticks out compared to the revamped visuals elsewhere.

Speaking of gameplay, the controls are adapted for touch screens and it works seamlessly – mainly thanks to this being a turn-based game. There’s not often a need for quick reaction times in the overworld, so despite the screen being filled with icons, this is a fine way to play the game. Battles are simple to control and the UI has been transferred smartly to make better use of the small screen of smart devices. Weirdly there doesn’t seem to be controller support, which would have been appreciated as this is such a great-looking title that I’m routinely annoyed my thumbs take up part of the screen.
Anyone who wants to dive into this title before the sequel will find a fantastic port on iOS that looks and runs fantastic, and much better than the 3DS could ever hope to muster. With its monster-catching mechanics, RPG-lite elements, and a captivating story with some fantastic creatures to get acquainted with, this could be the perfect way to get younger kids into the Monster Hunter franchise. Meanwhile, older fans and RPG aficionados now have a fantastic way to play this title, and for newcomers, it’s a charming new side of this juggernaut franchise and an enchanting adventure in its own right.

An endearing adventure is now more accessible than ever, translated with fantastic visuals and competent controls. Monster Hunter fans and younger audiences alike have a great adventure to enjoy through this well-realised world, and a charming story to discover as well.