In Monument Valley 2, what you see is not always what you get. The sequel to Ustwo Games’ isometric puzzler is brimming with optical illusions and hidden solutions, each as satisfying as the last to complete. However, the plot is something of an illusion too, and the deeper you delve into the valley, the more you wonder what could have been, had the developer shone a little more light on the surface.

The game stands tall as a zen puzzler, combining a warm colour palette, ambient score, and mind-bending mechanics to turn a spare fifteen minutes into a calming sojourn. The level length is spot on, and you never feel undersold or overstretched when completing a section, with a sense of consistency across all of the playable chapters. However, whether they go on long enough as a whole is an entirely different question.

In the underground world of Monument Valley 2, the puzzle mechanics are delicately balanced, with no problem that doesn’t solve itself, providing you try enough solutions. Of course, there are occasions that force you to think outside the box, and there’s the odd ‘how did I not see this before?’ moment, but for the most part, the intelligent level design makes it so that the answer is never too far away.

You’re guided through your isometric adventure by an ethereal soundtrack that fluctuates in time with the moving action. Despite the variety of colour and style, Monument Valley 2 always feels grounded to a cavernous feel, from the echoing footsteps of our protagonist pair, to the labyrinthian puzzles they find themselves a part of. This isn’t a bad thing, though, as it creates a game world that feels whole, at least in the design element. 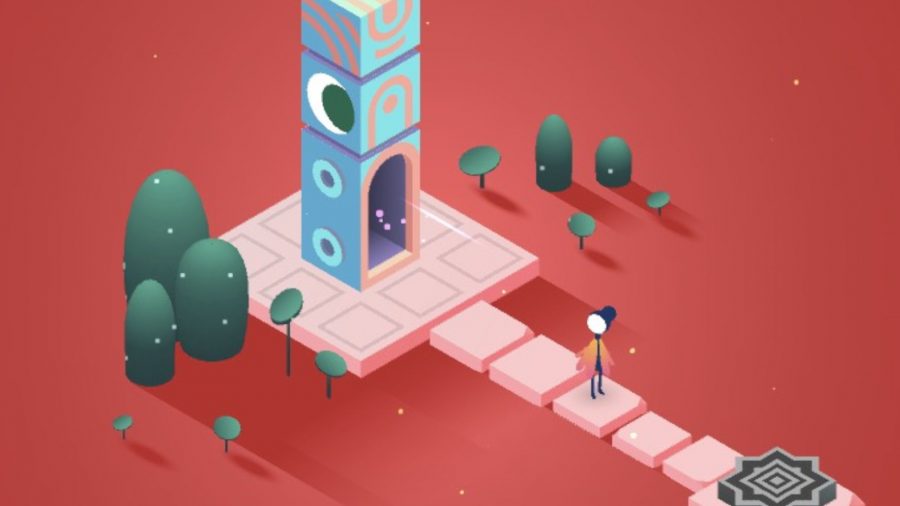 All of this problem solving is good clean fun, of course, but it’s clear too that Monument Valley 2 is trying to be something else, something more. The narrative arc that underpins Ustwo’s puzzler is designed to pull on the heartstrings, but in my personal experience, the story falls a little flat.

The problem with the plot is that it can’t quite decide whether or not it wants to be a plot. In the early game, a clear theme and relationships are established, and you can anticipate what’s in front of you. Then, around the halfway mark, there is a sudden shift, in what feels like a twist shoehorned into the plot for the sake of having a twist. Suddenly, the game doesn’t feel like a sequel anymore, rather a revisiting of experiences from the first title.

While admittedly, the plot prior to the change isn’t exactly rewriting the book, it isn’t cynical in how it copies notes from other mother and daughter narratives. Unfortunately, from the mid-way point, it starts to feel like some corners are being cut in terms of the storytelling, especially with the reliance on an NPC oracle-like character in certain chapters who delivers tedious self-help idioms. These monologues begin as relevant, but by the latter stages of the game, you can be forgiven for finding them a little on-the-nose, bordering on the obtuse. 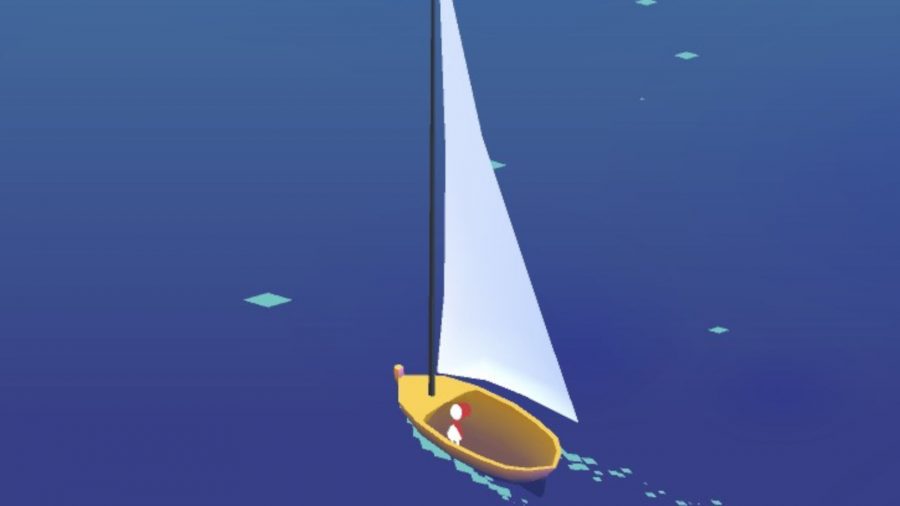 It’s due to the narrative meanderings that I’m so split on the game’s length. In one sense, it feels like the climax comes early, without any real sense of closure. It should be noted too that the end slightly sneaks up on you, and there’s no particularly complex challenge to get one last hit of vindication before the big finale, instead you just sort of find yourself at the end of your journey.

Monument Valley 2 just can’t decide whether it wants you to care about its characters or not.

On the other hand, there isn’t really anywhere else for the story to go, and so once the plot reaches its apex, it makes sense to round out the experience. Unfortunately, this just brings the story under the microscope once again, and asks questions of a narrative arc that leads to such a flat finale.

It’s a real shame that the game doesn’t deliver on all fronts, as there is so much scope to explore themes of motherhood and coming of age using the game’s established mechanics. The early sections of the game do this to great effect, but somewhere along the way, Monument Valley 2 forgets itself, and feels like it’s regressing both in terms of difficulty and expanding mechanics. This adds to the frustration of the game’s length, too, as just as you get back to the good stuff, you’re less than fifteen minutes away from finishing. 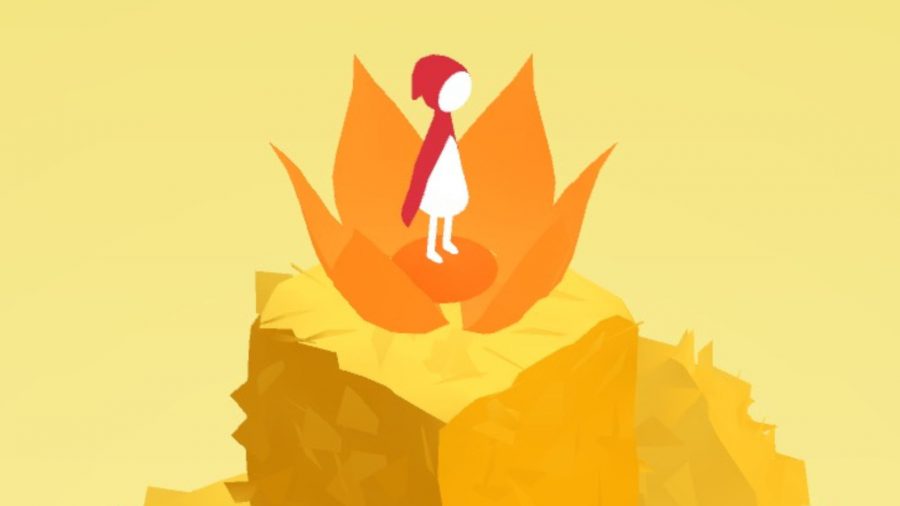 It’s the vagueness that is the real problem here, I think. Monument Valley 2 just can’t decide whether it wants you to care about its characters or not. The developers have admitted to trying to add more depth to the game’s narrative element, having seen fans try to decode the lack of plot in the first game, but I found myself with more questions than answers, having got to the credits.

All in all, Monument Valley 2 is an optical illusion in itself, appearing to be a story-driven puzzler but functioning as a problem-solving exercise that teases you with the idea of a plot. It’s not a bad way to spend a few hours, and if you revel in ambiguity, then there’s certainly enough to go around. Still, if the aim of the game was to provide the mechanics with a new lease of life by using the plot as an anchor, Monument Valley 2 drifts out to sea a little more often than we’d like.

If you particularly enjoyed the soothing score of Monument Valley 2, why not listen to more with the official score courtesy of composer Todd Baker.

Monument Valley 2 is a sleek puzzler, with an ethereal soundtrack underpinning the zen charm of vibrant worlds and intelligent level design. Though the plot can’t quite decide whether or not it wants to make itself known, and the existential element feels slightly tacked on, the mechanics and mind-bending optical illusions make for a relatively pleasant return trip.