Never has a mobile game name been more apt than MudRunner Mobile. It’s not a Gacha RPG, in which you pay extortionate amounts of money to (maybe) unlock a new truck. There’s no energy system, collectible cards, gems, coins, or any of that malarky. This is MudRunner. On mobile. And it really is as simple as that.

Pop it side-by-side with the original on console or PC, and it’s clear that Saber Interactive has made a bunch of concessions to squeeze the experience onto the small screen though. The draw distance is considerably reduced, with the fog effect resulting in Silent Hill-esque surroundings. Texture detail across the board has also taken a hit, with water, muddy tracks, and the vehicles themselves seeing the biggest changes.

The impressive physics all return though, with your tires squelching through the mud and water spraying out of your path like before. Vehicle handling is also identical, with the same familiar control options. You can use your winch, diff lock, all wheels, brake, and change gears manually.

However, the reliance on touch controls does make MudRunner a lot more fiddly than its console and PC brethren. We ended up going full crab when we played, using our thumbs to drive, reverse, and change direction, and our fingers to tweak the controls and camera. It wasn’t entirely unpleasant, but it’s noticeably less comfortable than playing with a controller.

It’s a shame, and quite baffling, that there’s no option to play with a controller. Both iOS and Android allow you to play games with a PS4 or Xbox One controller, and having the ability to do so with MudRunner Mobile would have mitigated a lot of our issues.

Control and visual issues aside though, this is an impressively feature-complete version of MudRunner that you can play anywhere on your phone. There’s a tutorial, which walks you through the experience, missions, which provide quick-fire challenges that serve as a nice addition to the tutorial, allowing you to try your hand at the basics while completing some basic objectives, and, free game, which allows you to make your own fun. 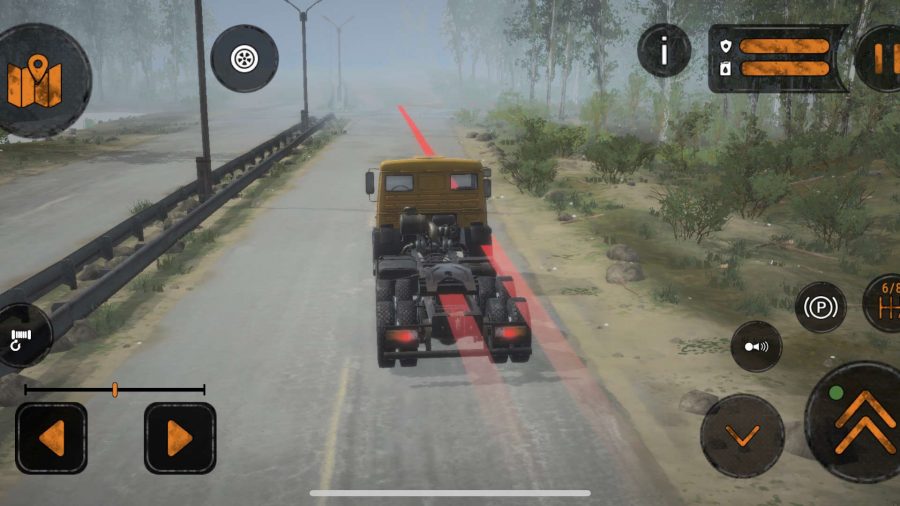 Visit the shop from the main menu and you can purchase the ‘The Valley DLC’, which introduces three new vehicles and a whole new map for as little as $2.99/£2.99. Add to that the 15 maps from the base game, as well as 16 different vehicles, and there’s an impressive amount of content on display here.

The chances are that you’ve already played MudRunner if you’re reading this review, so you know what you’re getting yourself into. For those that haven’t though, this is a physics-based sandbox simulator that challenges you to deliver a variety of goods across a bunch of large maps, unlocking new vehicles and parts, and restocking your fuel along the way.

In terms of challenge, that stems from wrangling your heavy goods vehicle through the muddy terrain. MudRunner Mobile uses actual physics to determine how your various trucks will perform in different scenarios, and it’s up to you to figure out how to overcome them. You have many tools at your disposal though, like all wheel drive, a winch, diff lock, and more. 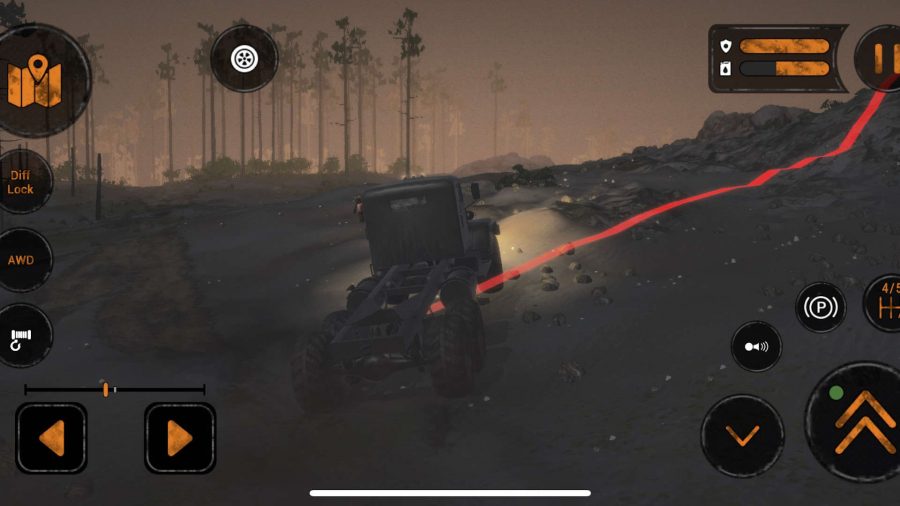 Overall, we’re pretty impressed with MudRunner Mobile. While we do have some reservations over the pared back visuals and lack of controller support, the fact that this is a feature-complete version of MudRunner on mobile is to be applauded. There’s a lot of content on offer here, and it works well enough to keep you occupied long into your commute.

If you’d like to check it out, grab MudRunner Mobile on the App Store or Google Play right now.

A feature-complete version of MudRunner on mobile, which pares back the visuals and introduces touch controls to make it work on the small screen, with mixed results