Flying around without a care in the world is something only birds and a select few insects get to experience. But thanks to Lion Studios, you can take to the skies in the aptly-titled Murder Hornet. Each level in this new puzzler contains a list of targets for you to fatally sting, and the game doesn’t seem to care who you sting first. Anybody and everybody is on this hornet’s hit-list. But that’s not all, as there are areas to explore and hidden keys to find.

Unsurprisingly, the best part of Murder Hornet is, of course, the murder. Flying around and stinging unsuspecting innocent victims is sure to give any insectophobe nightmares. However, it’s undoubtedly the best part of Murder Hornet by a country mile. It turns out there is nothing more satisfying then stinging a policeman into oblivion and watching him fling away at supersonic speed.

Once you have satiated your blood lust, this Murder Hornet guide will help you increase your earnings and put your cash to work. Not only are there skins to unlock for your hornet and its hive, but there are skills to upgrade along the way. This guide will explain how the game works, how to increase your swarm size, and provide a bunch of tips and tricks to help your game time.

Murder Hornet Download: How to get it on iOS and Android

Murder Hornet is available on iOS and Android via the App Store and Google Play respectively. It’s free to play, and stuffed with adverts. If you would like to remove them, it will cost around $2.99/£2.99.

Murder Hornet SWARM SIZE: How do I increase it?

Flying around the world as a lone hornet can get lonely from time to time. But, you can fix this by spending some cash or watching some videos. Once you reach level ten, you will unlock the ability to upgrade your hive. Do so enough times and you can get as many as five workers in your swarm. 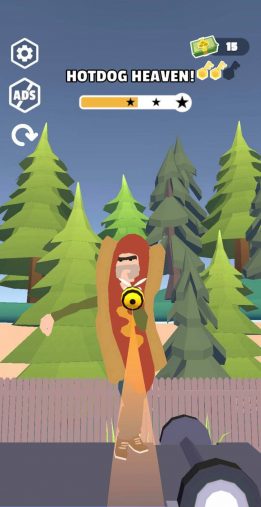 Once you understand what it takes to be a lethal hornet, you can follow the tips below to get the most out of your time: