Do you ever find a song, movie, or game that somehow does a better job of summarising your personality and interests than you ever could with words? Well, I feel like Muse Dash does that for me. Every level is pretty much what’s going on in my head at all times (well, on a good day at least). The bright colours, fine-tuned rhythm based combat, and frankly awesome library of music and characters is enough to pull you in and keep you there, with a seriously addictive format that I just can’t keep away from.

But this isn’t a simple Muse Dash review – today, we’re talking about a collab so perfect, it’s hard to believe it wasn’t written in the stars the moment weeb culture was created. We’re talking about the brand new Muse Dash x Touhou crossover, a free update to the game’s Just As Planned DLC that dropped today.

If you don’t know what Touhou is, it’s a popular series of bullet hell games, with an extremely passionate and talented fanbase. The characters and their themes have gathered a lot of love over the years, and with the recent re-releases of the older games, it’s once again started to grow. Music is at the heart of the Touhou fanbase, and if you head to YouTube or Spotify you will find hundreds of awesome original songs, remixes, and fan videos.

Enter Muse Dash, who has seamlessly united with this beloved series, bringing Touhou into its vivid, fast-paced, rhythm-based beat-em-up world. The game has added a bunch of classic Touhou songs to its library, including the extremely popular ‘Bad Apple’ (you’ve probably heard that song somewhere, even if you don’t know what Touhou is). Of course, the thrumming bass, erratic beats, and sweet vocals of the Touhou music merges perfectly with the games’ overall vibe, and as a fan of both Muse Dash and Touhou, I was ecstatic to be able to run along to the beat of some of my favourite tracks, bashing ghosts, shurikens, and more to the rhythm. 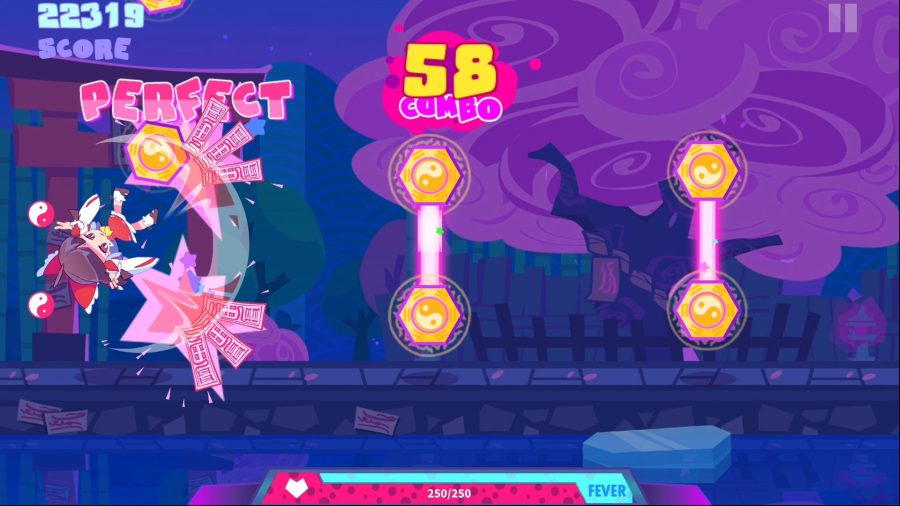 I was lucky enough to get access to beta builds on both PC and Android, and both provide a brilliant experience. Snappy inputs and sound design feel super satisfying, and with a simple control scheme it is definitely one of those easy to pick up, hard to master games. Each song has easy, hard, and extreme modes for which you earn ranks, experience, and rewards. While easy is a bit of an understatement, as most of the Touhou songs are pretty tricky, extreme mode is truly a madcap, button-smashing bout of chaos, and I absolutely love it.

The Touhou songs have beautiful and thoughtful level designs, featuring shrines, fox masks, and ghosts. Touhou fans will be pleased to see Yukari Yakumo as the main boss, shooting shurikens from her signature parasol. Of course, the update wouldn’t be complete without a playable Touhou character, which just happens to be the beautiful Hakurei Reimu. Inspired by the nine-tailed kitsune of Japanese folklore, her ability allows her to float over obstacles, as she attacks with her orbs. There are fine details such as small talismans from the original Touhou games flying off Reimu as she attacks, which really shows the love and attention put into this collaboration. 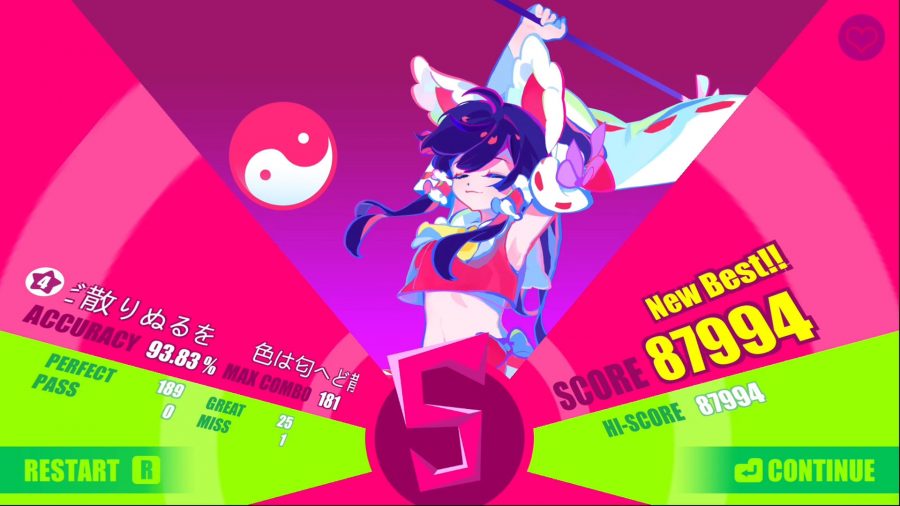 Another feature I wanted to note is how well the levels fit the songs, with happier, up-beat tunes getting bright, spacey backgrounds, while darker songs have muted colour schemes and creepier enemies. I loved the disorienting flickering in Unconscious Requiem, which both reflected the themes of the lyrics, as well as adding a new challenge to your concentration. The choice to make Bad Apple in entirely black and white silhouettes was a clever way to make it stand out and add even more variety to the level designs. 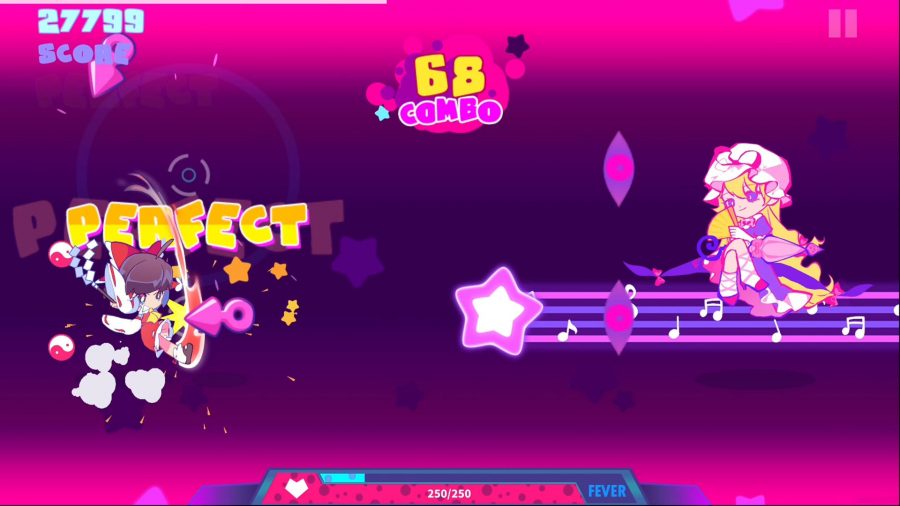 To conclude, I adore both Muse Dash and the Touhou update. I can barely drag myself away, and have definitely missed a few bedtime curfews to keep tapping. To celebrate these new additions, we are holding a Muse Dash giveaway with five codes to the base game for both Android and iOS. Or, if you can’t wait, Muse Dash is available now on Switch, as well as from both the App Store and Google Play.