My Friend Pedro has such a fun and unique sense of personality that is often missed in big budget games, and new mobile sequel, My Friend Pedro: Ripe For Revenge, really lives up to that. Your friend (Pedro, the sentient banana, of course) desperately needs your help as his wife and two kids have been kidnapped. He tried talking to the police, but they wouldn’t listen – it’s almost like they refused to acknowledge his existence. Weird, right? And, worst of all, it’s Billy’s birthday next week. What terrible timing.

I was quickly sucked in by the odd snippets of dialogue shared between me and my fruity friend, along with the energetic techno music thrumming in the background. The art style and vibe of the game really brought me back to the good old days where I spent hours playing free flash games after school, enticing me in with a real feel of nostalgia and a promise of an action-packed romp. It definitely delivered. If you’re a fan of games like Stick Wars, you’ll have a good time here.

The controls are a little hard to get used to at first – I can’t say I’ve played many other games that handle quite like it, and my fumbly fingers quite often fudged jumps and rolls. You don’t have a standard joystick and jump. Instead, you pull back in the opposite direction of where you want to go, and your character either hops or rolls there. But when I got into the rhythm of things, this weird playstyle really started to grow on me, and the slow-mo effect as you set up your movements really amps up the action movie feel.

The combat is great. It’s snappy, responsive, and the sound effects make every shot feel impactful. You truly feel like a badass flipping through the air, dual-wielding pistols as you mow down your enemies. You can collect weapon upgrades that have a limited number of bullets, but they don’t feel like a necessity. It’s more of a treat as you suddenly rain down fiery bullets on your unsuspecting enemies (laughing maniacally as you do so, of course). Plus, the fun, goofy faces Pedro pops up with when you pull off a string of kills never fails to make me smile. 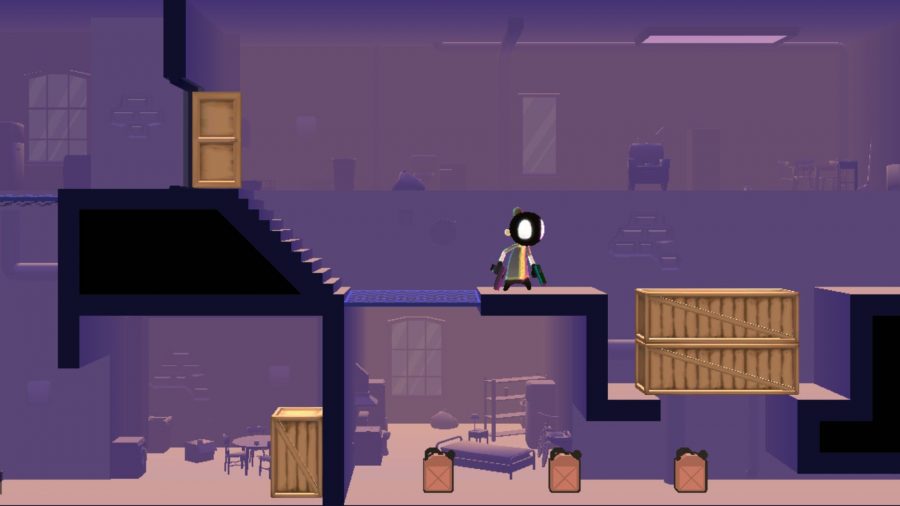 Though from the outlook, it may seem like My Friend Pedro: Ripe For Revenge could border on repetitive, the snappy, short levels and introduction of new tools and interactable items in each stage keeps it feeling fresh and quick-paced. As you progress, you find yourself even engaging in some tricky, time-sensitive puzzles that require fast reflexes and a tiny bit of imagination. Whether you’re swinging on ropes, riding a skateboard, or hanging off suspended platforms, you’re constantly moving, which really pushes you to stay on the ball. The occasional addition of the motorcycle levels between locations are fluid and easy to pick up, and a fun change of pace to switch up the gameplay and move the story forward when needed.

Somehow, My Friend Pedro: Ripe For Revenge makes even a dull warehouse feel vibrant and full of life. Without being too distracting, the backgrounds give that 80s vapourwave feel. Enemies and player characters have cool, funky designs, and interactive items, while doors are clear and easy to spot. Everything is catered perfectly to the small screen, from visuals to the length of the levels, so you can hop around and beat down those bad guys no matter where you are in the real world.

I played both the free version and premium version, and the only real difference is that the latter allows you to pick up where you left off if you die, whereas death in the free version forces you back to the beginning. With no healing items and the consistent introduction of new threats, I (being the scrub that I am) struggled without a continue function, but if you’re a hardcore roguelike master with a passion for arcade games, this shouldn’t be a problem for you. However, at only about $3 (£2) with no other microtransactions, the upgrade seemed very reasonable to me – especially as I had already sunk quite a bit of time into this odd little diamond. 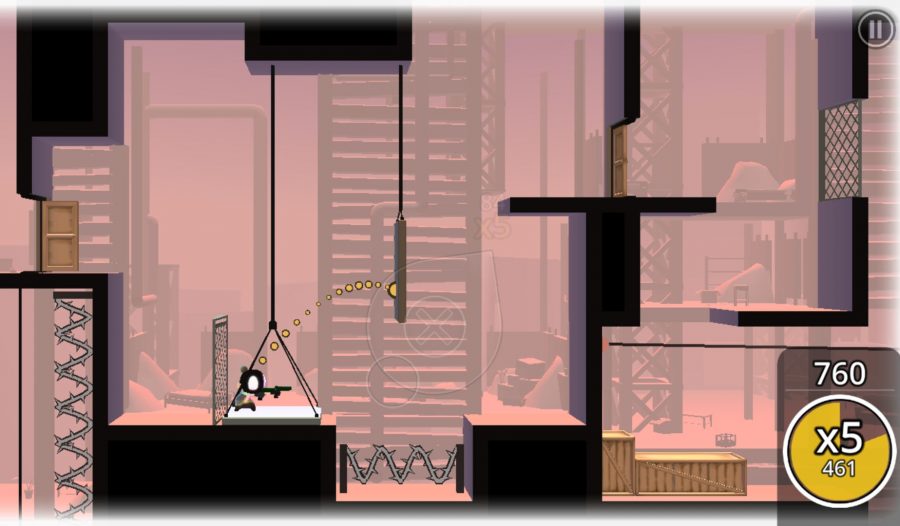 My Friend Pedro: Ripe For Revenge has no delusions of grandeur. It’s simple, fast-paced, and action-packed with a goofy story and an addictive format that’s perfect for when you want to pass some time or veg out to some good old mindless violence. It’s a great little mobile title that was hard for me to put down long enough to write this review. But don’t take my word for it – head over to the App Store or Google play and try it for free today. Quick – your friend Pedro needs you!

My Friend Pedro: Ripe For Revenge is a simple, fast paced romp through an action-heavy, techno-fueled fever dream that will leave you with a craving for bananas… And revenge.