Mythic Legions Tactics: War of the Aetherblade is an upcoming turn-based strategy game based on the popular line of action figures. Having recently smashed its Kickstarter funding goal, it’s on the path to success – and it’s easy to see why. With a deep, enveloping narrative, high levels of customisation, and thrilling battles, it promises to be something truly special.

Coming to PC, Android, and iOS at launch, Mythic Legions Tactics will have both single player and multiplayer modes. Stepping away from the ever-growing issue of pay-to-win mechanics, you can only enhance your power in game by building up your skills and completing missions. You can, however, purchase different character skins, as well as graphical enhancements for weapons and armour packs, so you can make your character look really snazzy, while also supporting the game.

Mythic Legions Tactics embraces the familiar joy of the turn-based strategy and tactics genres, while also implementing new, innovative features. You can traverse a variety of elevations and landscapes, from hills, to stairways, and even water. Besides the normal combat mode, you can attack specific limbs on enemies, and utilise special targeted attacks. As with the popular toy line, you can customize your characters fully, adding details to their bodies, armour, weapons, clothing, and accessories, so no two characters will look the same.

You can play the storyline as one of five different factions, delving into the deep lore, with each providing a fresh experience and offering you the opportunity to go back and replay it from a different angle. If you do want to try this out, switching factions will allow you to carry your skills and power levels with you, so you won’t have to start from scratch. Characters are based around a slot technique, allowing you to build up their skills and powers. You can also decide to change your character’s skins (eg. from a knight to a barbarian). Their skill and power will transfer over, just like when you switch factions. AI will automatically scale to your level, so you’re always in for a challenge. 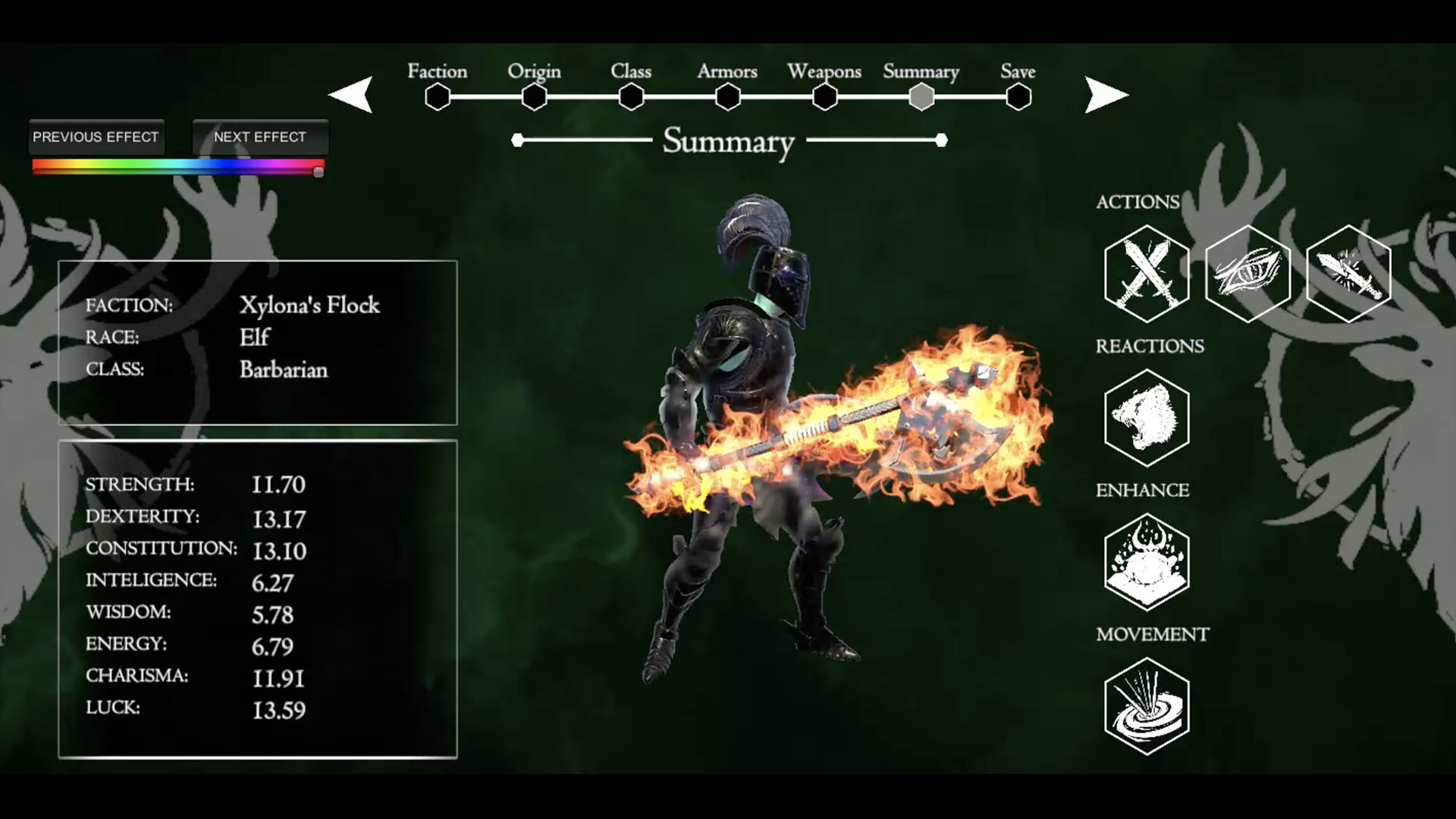 Another exciting feature is the ability to build a special ops team within your faction. When you start the game and choose a faction, you will need to create six different characters. You have the choice to either build each one from scratch with full customisation, or you can choose to auto-roll and have the AI randomly select them for you. Your team will follow you through the storyline as you engage in battles, take on side missions, and advance in the game, unlocking levels and rewards as you go along. If you decide to switch factions later in the game, you go up against the faction team you previously created, now run by AI. But if you are more into the strategy than the actual battle, a new battle template mode has just been unlocked through the Kickstarter campaign, which will allow you to toggle an auto-battle mode so you can sit back and watch as your team plays through the storyline.

Of course, every good game needs side missions, and Mythic Legions Tactics offers plenty of those. Unique challenges accompany each storyline, either advancing the plot or unlocking bonuses. Each level also features a boss battle based around one of the core characters from the Mythic Legions universe, which is sure to be a treat for fans of the toys.

At the moment, the Kickstarter is still up and running, with plenty of great backer rewards and stretch goals to unlock. If you want to support this upcoming gem, you can head over to the Mythic Legions Kickstarter here. You can also follow the progress of the project on Instagram and Facebook by checking out @mythiclegionsgames. Thanks to a freshly announced set of social goals, liking these pages and adding the game to your steam wishlist could unlock even more goodies for you to enjoy. We can’t wait to dive into the world of Mythoss, and hope you will join us along the way.