Apple kindly invited us to take part in a number of developer sessions, in which it showcased some of the biggest new and upcoming Apple Arcade games. We got a chance to meet the developers and publishers behind the games and get an inside look into the creative process, asking many questions in the process.

So we decided to put together this brand new feature series, Apple Arcade Sessions. Here, we’ll round up the highlights of our developer interviews, drawing attention to interesting anecdotes, features, and development insights that were discussed during. These are for both games that are available now, and for others that will arrive at a later date.

If you’re interested in the development side of mobile gaming, you can find many more articles like this in our features section. We recently ran a series of articles around GDC 2020, which features a ton of interesting insights. Now, let’s take a closer look at the brand new Apple Arcade road trip adventure, Next Stop Nowhere.

After creating quirky, genre-bending adventure games like Oxenfree and Afterparty, where do you look next for inspiration? That’s the position that Night School Studio’s Sean Krankel found himself in when approaching Next Stop Nowhere, the studio’s latest hit, which is an Apple Arcade exclusive.

Krankel took an interesting turn, and ended up looking for inspiration in a few of his favourite movies, including Pineapple Express and Grosse Pointe Blank. At this point, you’re probably wondering what the connection is between comedy movies and a sci-fi puzzler. Well, it’s in two details: the road-trip element and the unlikely nature of the burgeoning relationships common in both movies.

To give you a bit of flavour, Next Stop Nowhere places you in the shoes of Beckett, a pleasant space courier that lives a very ordinary life in space. That is, until he meets Serra, a former bounty hunter who’s trying to save her missing son, Eddy. Cue an adventure across space itself with these unlikely heroes, as you solve puzzles, dodge asteroids, and foster the growing relationship between Beckett and Serra. 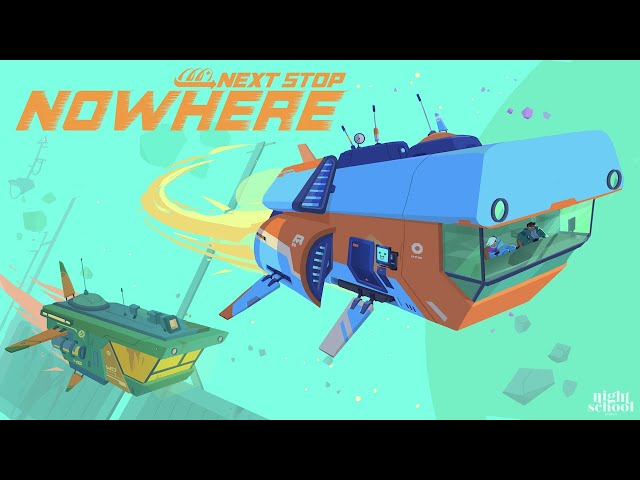 What’s interesting about this relationship, is that you can foster it in multiple different ways. Do you kindle a romance or keep things purely friendly? Much like in many an adventure game these days, there are multiple different endings in Next Stop Nowhere, but where it differs is that it’s not only about the end. The relationship grows on the fly throughout your adventure.

How it grows is pure Oxenfree. When developing the Stranger Things-like adventure, Krankel was keen to move away from cutscenes and story being relegated to non-gameplay segments. This is what lent Oxenfree most of its charm, with conversations happening live, as you play. You can even be interrupted but then carry on chatting once that sections over.

This transfers nicely into Next Stop Nowhere, allowing you to change the relationship between Serra and Beckett while solving puzzles or just getting some downtime between adventures. The result is a game that feels familiar to those who have played an adventure game or Oxenfree before, but brings enough ideas of its own to spice things up. 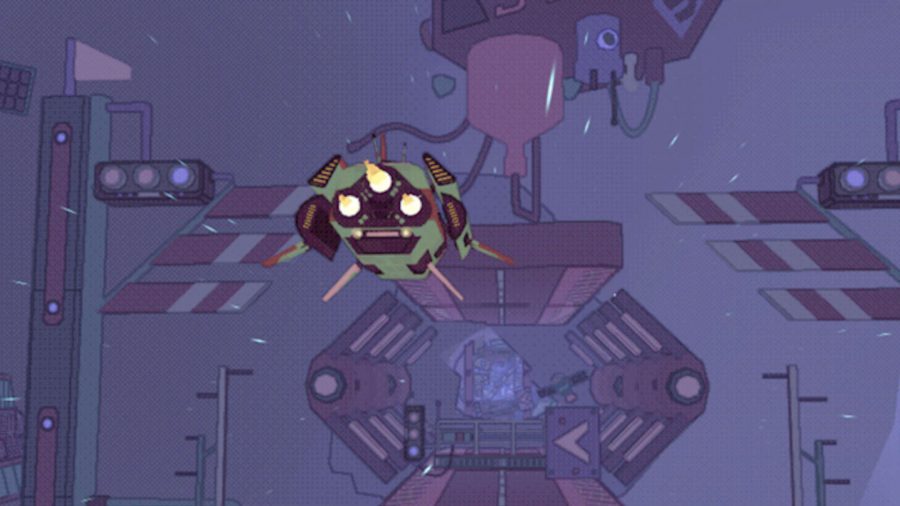