Chances are, you know if you’re interested in playing Ni No Kuni II: Revenant Kingdom on Switch already. The sequel to the excellent original, which saw RPG veteran Level 5 partner with the critically-acclaimed Japanese animators at Studio Ghibli, has been available on PS4 and PC since its initial launch in 2018.

Suffice to say, this review will focus less on Ni No Kuni II as a game, and more on the experience of playing it on Switch. To give you an early idea, it really is a mixed bag. Visually, Ni No Kuni II does a fantastic job of bringing that incredible art style to the Switch entirely intact, but it’s not without considerable sacrifice.

In other words, performance is an issue. Never to the point of game-breaking, but it’s such a constant distraction that I never quite managed to lose myself in its world. The problem is an uncapped framerate, which seems to hover anywhere between 40fps and 20fps, which makes for uncomfortable viewing. It’s in desperate need of a 30fps cap, and adjustments to ensure it stays at this more consistently.

In case you haven’t noticed, I’m not Digital Foundry, and I don’t have access to the technical wizardry that those super talented folks do. Instead, I’m relying on anecdotal evidence to draw attention to Ni No Kuni II’s issues. I also should point out that I’ve primarily played it in handheld mode, as I can’t quite stomach the TV experience Switch offers in 2021. Sorry.

I’d argue that more could be done to address these issues though. As I suggested at the beginning of the review, it looks incredible on Switch – right up there with the console and PC versions, with the resolution the only real noticeable difference. Compare them side-by-side and it’s a little blurrier, but looks identical besides.

This is actually a problem, rather than a good thing though. Ni No Kuni II on Switch could absolutely take a little hit visually and still look amazing on the small screen. Do we need HD shadows? Is maintaining that same draw distance on the smaller screen really necessary? Could we drop the resolution a teensy bit further? 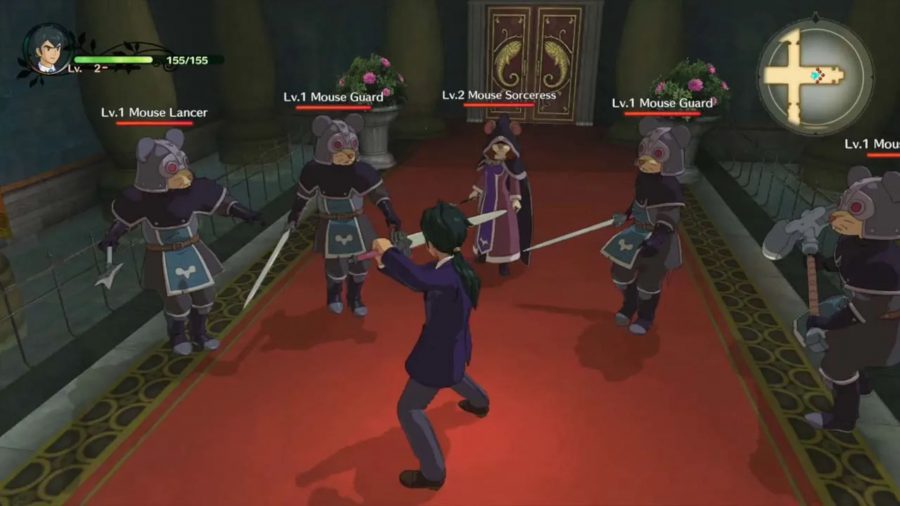 While the choppiness is apparent most of the time, it’s definitely most problematic while exploring the open world. These sections are a total mess, and actually discouraged me from exploring the world. I’d simply glance at the map and head straight to the next explorable location, minimising the time I spent experiencing the poor performance.

It’s even more disappointing when you compare it to the likes of Dragon Quest XI, which Ni No Kuni II should really have taken its porting cues from. Both share a cartoon art style and feature a massive world to explore, and I’d argue that DQXI did a much better job of translating the experience to the smaller screen.

What makes the problem even worse is that visuals and performance are actually the most important aspect of Ni No Kuni II. The story is pretty poor for a JRPG, and arguably the least engaging aspect, so you really need the rest of the experience to pop if you’re going to persevere through its lengthy adventure. 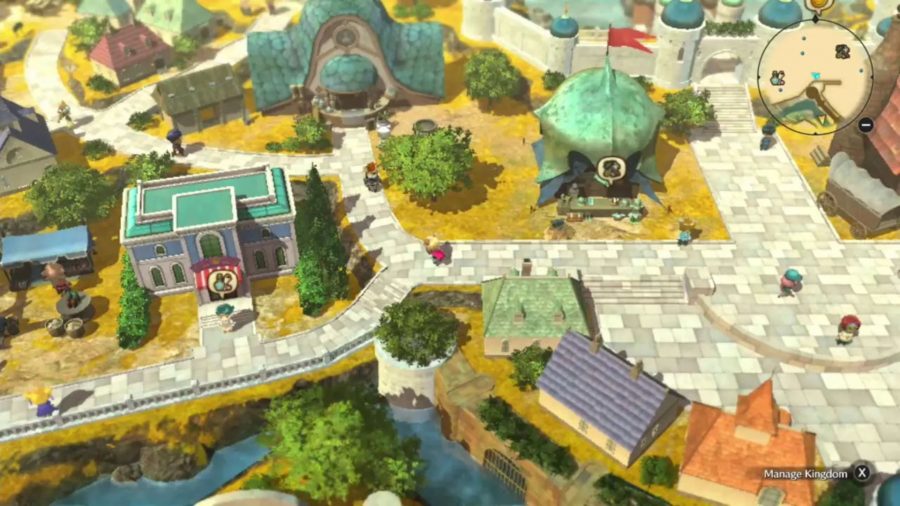 You play as Evan, the prince of the kingdom of Ding Dong Dell, which has recently experienced a coup, forcing you into exile. With the help of Roland, president of, presumably, the USA in the real world who finds himself mysteriously whisked off to the kingdom of Ding Dong Dell in the immediate aftermath of a missile explosion, you have to drum up support to retake your kingdom and be crowned its king.

Most of this plays out in the background though, and primarily serves to send you to a wide variety of absolutely stunning environments, where you meet new characters to add to your party, side-quests to complete, and collectibles to unearth. It’s a pretty standard JRPG in this sense, though with a settlement-building system thrown in for good measure.

Where Ni No Kuni II really shines is in its combat system, which borrows heavily from the Tales series. It’s action-focused, with its combination of light and heavy attacks, flashy skills, blocks, and dodge rolls keeping things popping many hours into the adventure. If there are any complaints to throw at the combat system, it’s that it’s always far too easy – even when played in the most challenging difficulty setting. Given that the target audience is younger than your traditional JRPG though, I’m willing to cut it some slack. 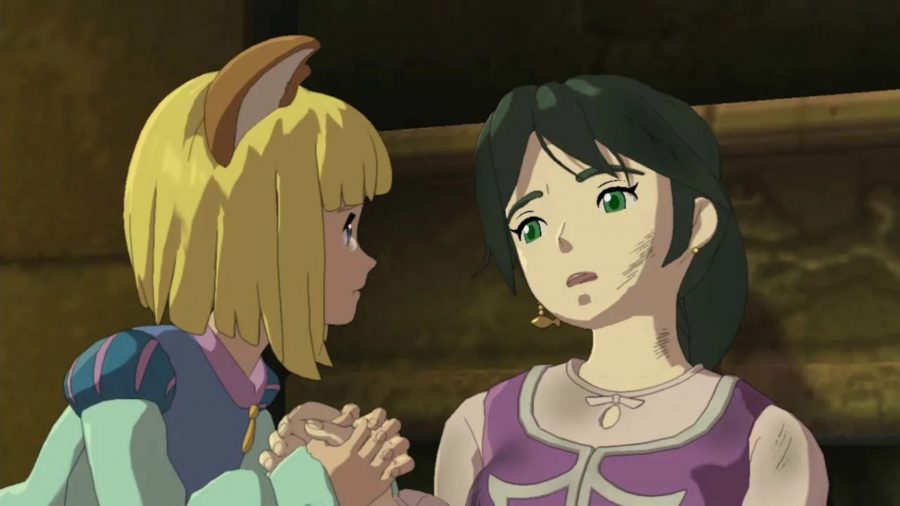 And that’s about all I have to say about Ni No Kuni II on Switch. The top line is, if you can play it on any other platform, I’d recommend that over the Switch version. That’s probably obvious, and the case with most cross-platform games given the Switch’s limited technical capabilities, but the chugging frame rate serves as too constant a distraction. When the art style and gameplay are the primary draws, that’s even more problematic: Ni No Kuni II cannot rely on its middling narrative alone to carry the experience.

Ni No Kuni II looks incredible on Switch, but the price it pays in terms of poor performance is too high, resulting in an experience that you're better off having on any other platform.