The Big N just held its first Nintendo Direct since 2019, and, suffice to say, expectations were at melting point. To say that 2020 was a disappointing year for the Switch is something of an understatement – particularly when you consider just how much momentum was behind the hybrid console after three fantastic years on the trot.

Of course, we can’t know for sure the extent of the impact as Nintendo is infamously silent regarding its development processes. But what we do know now is that there really aren’t that many exciting flagship games on the immediate horizon.

Well, at least where Nintendo is concerned, which is where the vast majority of our excitement for its platform comes from: first-party exclusives. Third-party titles are still flocking to the system in full force, it seems, with exciting ports of Apex Legends, Fall Guys, Samurai Warriors 5, Outer Wilds, Plants vs. Zombies: Battle for Neighborville, No More Heroes 3, Monster Hunter Rise, and Star Wars: Hunters leading a pretty solid line-up of releases launching in 2021.

That’s without mentioning a brand new title from Square Enix’s Octopath Traveler team, which seems to draw a lot of inspiration from Final Fantasy Tactics. It’s called Project Triangle Strategy, and looks like a similarly deep RPG experience that you can lose a ton of hours in. Oh, and we’d be remiss not to mention the Ninja Gaiden: Master Collection, which includes three excellent titles in the hardcore action-adventure series.

But what about Nintendo’s efforts itself? Well, that’s where our worry set in. The only big new exclusive launching this year is a fresh entry in the Mario Golf series. Naturally, this might not be the last full-fat Nintendo Direct of 2021, but if that doesn’t concern you then you have a stomach of steel. Sure, there is the now-standard bevvy of ports, including an admittedly-welcome Skyward Sword HD, complete with reworked controls, and, in a highly bizarre move, Miitopia. Who even remembers that late-stage 3DS adventure? 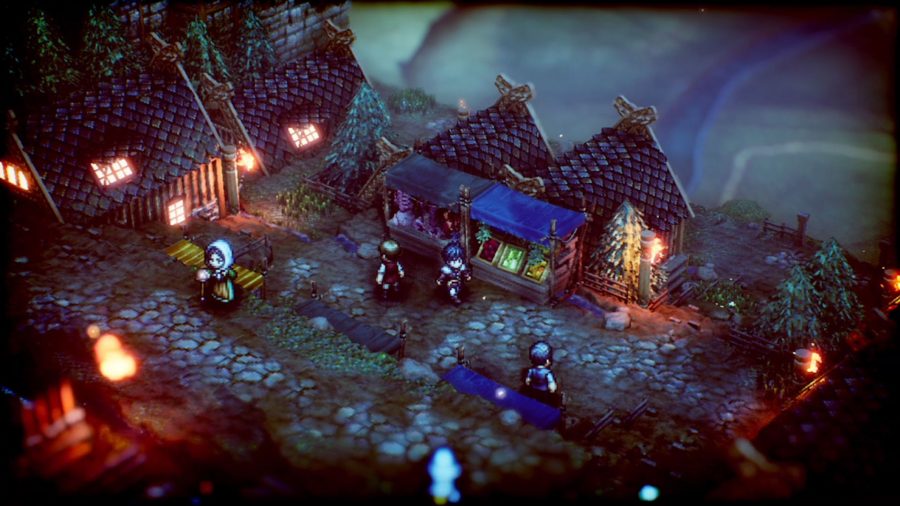 The flagship announcement of this Nintendo Direct was Splatoon 3, which took us all by surprise. That’s a very welcome addition to the upcoming library, but we won’t actually see it until 2022. If Nintendo can pull Breath of the Wild 2 or a Metroid Prime 4 out of the bag that year, too, then the future certainly looks bright for Switch. But the immediate future? Not so much. Let’s just hope that another Nintendo Direct is planned for the latter half of the year, with a seriously big surprise up Nintendo’s sleeve.