Video games have always looked to their own past, constantly reiterating and repackaging even as the core technology moves on in leaps and bounds. But what I’m seeing from the form’s foremost proponent is borderline unhealthy.

Nintendo hasn’t released an original first party game since Animal Crossing: New Horizons more than a year ago. Before that, it was Ring Fit Adventure in October 2019. That’s not really too much of a problem – slow and steady has always been the company’s mantra, and we’ve had creditable commissioned efforts like Luigi’s Mansion 3, Paper Mario: The Origami King, and New Pokémon Snap to tide us over.

If anything, I feel that Nintendo has released too many games of a certain type. The number of rereleases coming from the house of M is, frankly, a little troubling. This was driven home to me by Nintendo’s recent E3 2021 Direct event. With the notable exception of Metroid Dread and a tiny snippet of the already-announced Breath of the Wild 2, there was precious little to get the average Nintendo die-hard excited (sorry WarioWare fans).

This was a showcase filled with re-releases and collections, and not just from the featured third party developers. Mario Party Superstars is, to use Nintendo’s own blurb, “A Superstar collection of classic Nintendo 64 boards”. Which is stretching the use of the term ‘superstar’ to breaking point, I feel.

I’m no Mario Party fan, though, so that particular announcement didn’t raise more than a rueful chuckle. What really scuttled my warship was the announcement of Advance Wars 1+2: Re-Boot Camp.

Here is a truly beloved series, the fans of which have been utterly ill-served since the 2008 release of Advance Wars: Days of Ruin on the DS. That’s the last we heard of this fabulous franchise, which can be loosely described as ‘Futuristic Fire Emblem with less melodrama’. 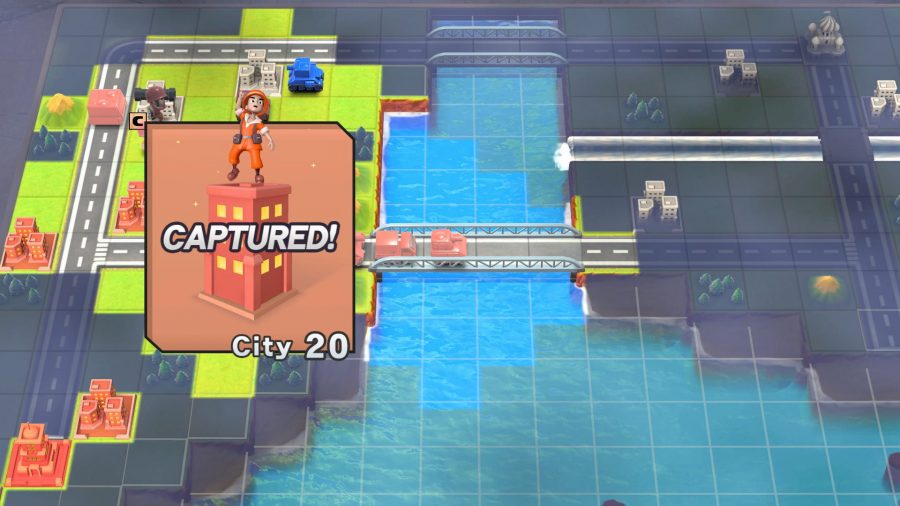 My excitement over what initially appeared to be a brand new 3D take on Intelligent Systems’ superb pocket tactics series soon gave way to peevishness. The name really does say it all: Advance Wars 1+2: Re-Boot Camp is a glorified rehash of two 20-year-old GBA games.

You might think the fact that Nintendo has commissioned an all-new engine for these cherished titles is reason for celebration. But why not, in that case, go the whole hog and give us a single all-new game while they were at it? Personally, I wouldn’t have demanded anything so ambitious as a lavish 3D update, a la Battalion Wars (Google it). A fresh title in the spirit of those early GBA classics would have been just peachy.

I shouldn’t have been surprised, of course. Nintendo biting off yet another chunk of its rapidly receding back catalogue fits a pattern of recent behaviour. They pulled a very similar trick with 2019’s The Legend of Zelda: Link’s Awakening, which took an almost 30-year-old Game Boy game and set it faithfully to a new 3D(ish) engine. Suckers like me, with deep childhood links to Koholint Island, lapped it all up. But there was an all-too-familiar dissonant note to this pimped-up nostalgia, even at the time. 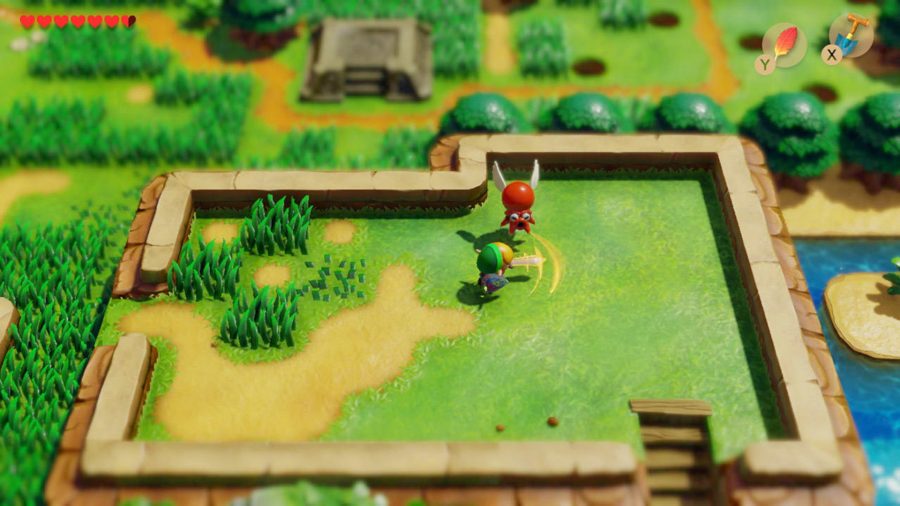 Indeed, while the alarm bells weren’t exactly ringing around the Switch’s stellar 2017 launch, there was certainly a faint tinkle in the air. Nintendo’s first big post-launch release was a lightly spruced up ‘Deluxe’ version of the three-year-old Wii U game Mario Kart 8. FORESHADOWING.

The Switch’s golden first year largely put those early fears on ice, but in 2018 we saw the emergence of an unhealthy trend. Hyrule Warriors: Definitive Edition was followed by Donkey Kong Country: Tropical Freeze, which was soon joined by Captain Toad: Treasure Tracker. Wii U re-releases one and all.

New Super Mario Bros. U Deluxe added another Wii U rehash into the mix in 2019, which was followed by the aforementioned The Legend of Zelda: Link’s Awakening. And the old hits continued to play deep into 2020 with the release of four Nintendo-published titles: Pokémon Mystery Dungeon: Rescue Team DX, Xenoblade Chronicles: Definitive Edition, Super Mario 3D All-Stars, and Pikmin 3 Deluxe. 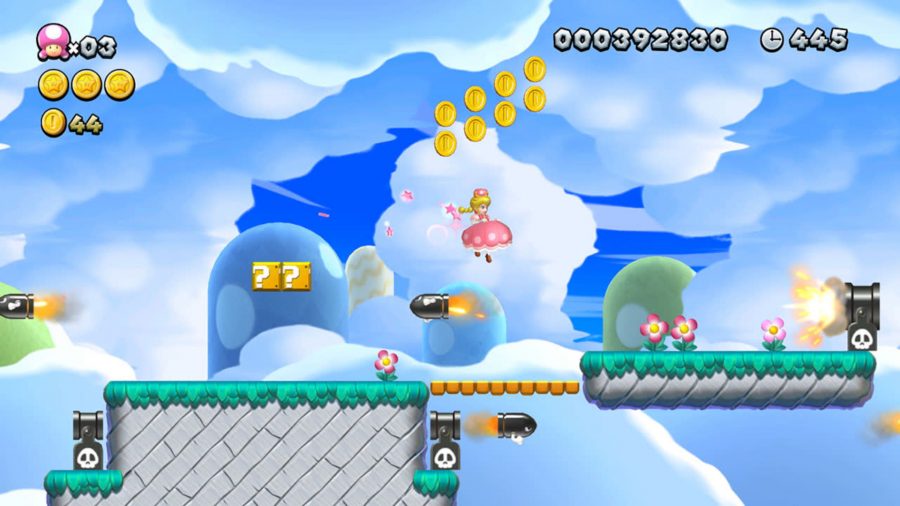 There have been notable Nintendo originals released in this time, of course, and not one of these re-releases has been bad by any means. Often half-baked, occasionally downright cynical (looking at you Super Mario 3D All-Stars), but still highly enjoyable. It’s just that Nintendo is leaning on its past way more heavily than it used to.

This year has already seen Super Mario 3D World + Bowser’s Fury and Miitopia hitting the eShop. The latter, an inexplicable re-release of a largely inconsequential 3DS game, is perhaps a sign that Nintendo has burned through its back catalogue a little too briskly.

Certainly there’s some evidence that the well of Nintendo IP might be drying up, at least for its big-hitters. Of the two incoming Zelda re-releases, one is The Legend of Zelda: Skyward Sword HD, a sharpened up take on one of the least well-regarded Zelda games ever made. 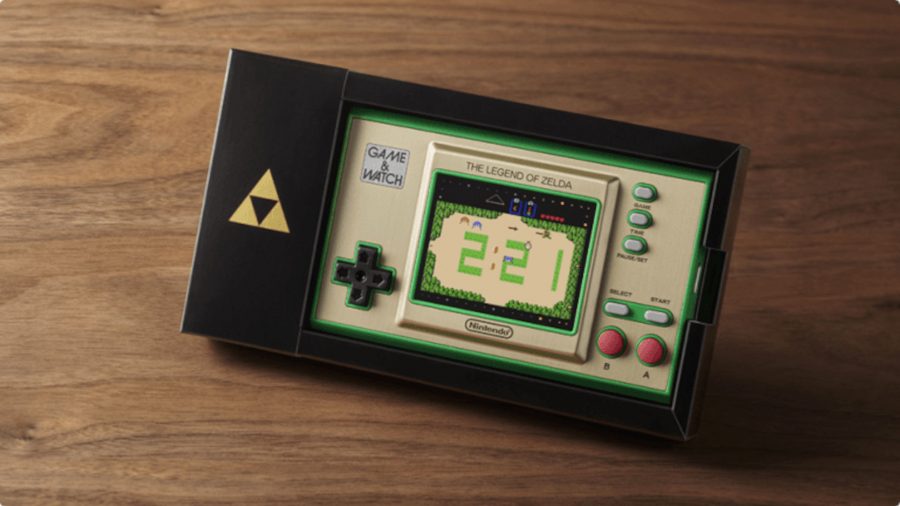 The other, which was announced at the E3 2021 Direct, is essentially the original Game Boy Link’s Awakening loaded onto a bespoke Game & Watch device. That’s cynical-Nintendo-rehash Bingo right there. For some reason, though, I don’t feel like whooping and hollering.