Ever since the Nintendo Switch launched in 2017 we’ve wanted an upgrade. Running on a custom NVIDIA Tegra chip, many of us have hoped that Nintendo would partner with NVIDIA to make a new custom chip with better technology, and there were even rumours swirling of a Switch that could utilise NVIDIA’s DLSS 4K upscaling technology. Nintendo even addressed some of these rumours, saying: “we are constantly developing hardware, software, dedicated peripherals, etc, but we refrain from making comments on specific products still in development.”

It’s clear from Nintendo’s long legacy of DS iterations, 3DS/2DS iterations, and even the many different types of Game Boy that it is constantly researching and developing new hardware to bring consumers better products and better ways to play games.

So, two years after the original Nintendo Switch we got the Nintendo Switch Lite, a lighter and more compact Switch with no way to ‘Switch’ it to TV play. Now, two years later in 2021, Nintendo has announced the Nintendo Switch OLED Model. Four years from the original launch is a long time and technology has already changed quite a lot, even just specifically for the NVIDIA technology that the Switch uses. But Nintendo has confirmed in a statement to The Verge that the OLED Model Switch will continue using exactly the same CPU and RAM as the four year old model we know and love. Sorry folks, no 4K switch today.

Many fans seem understandably disappointed that this new model of Switch isn’t comparable to a New 3DS, with some upgrades to the hardware that allows games to run better than they did previously. Even some first party games in the last year seem to have been struggling on Nintendo Switch, with Hyrule Warriors: Age Of Calamity’s framerate dropping down into single digits at some action-packed moments. So perhaps the Switch OLED is more akin to the DS Lite revision that simply repackaged an already successful console with a few neat adjustments. 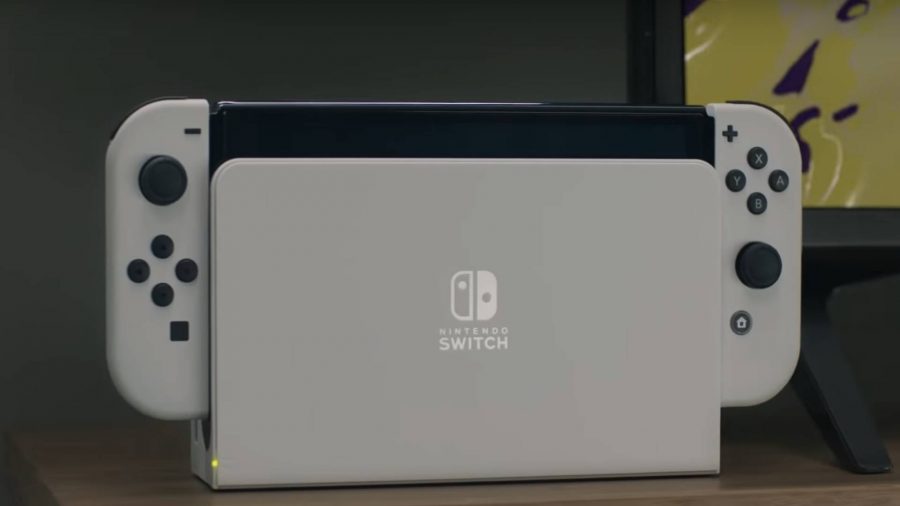 The Nintendo Switch OLED Model (obviously) sports a 7” OLED screen, a great improvement for handheld players but one that might mean nothing to those who prefer to play docked. There is also a dedicated LAN adapter built into the dock, so no more fiddly USB connectors to ensure a secure connection. There’s even an increased internal storage from a meagre 32GB to a slightly less so 64GB, and finally a huge improvement to the kickstand as it now takes up the entire width of the Switch as well as being adjustable.

Certainly, if you mainly play your Switch docked, there is very little to sway you here. Plus if you believed everything on the internet then the fact Nintendo didn’t release a beefed up Super Switch capable of 4K visuals, faster processing, and ironing your sheets is a bummer. Internet rumours around a Nintendo Switch Pro, including some detailed reports from reputable sites like Bloomberg, certainly allowed fans’ imaginations to run away from them. NVIDIA is also pushing its 4K DLSS upscaling technology fairly hard, so it wasn’t a stretch to believe that maybe Nintendo could make this technology work for the Switch. It’s certainly a better solution than a Switch that runs native 4K, as even relative behemoths the PS5 and Xbox Series X only run full 4K on selected titles. 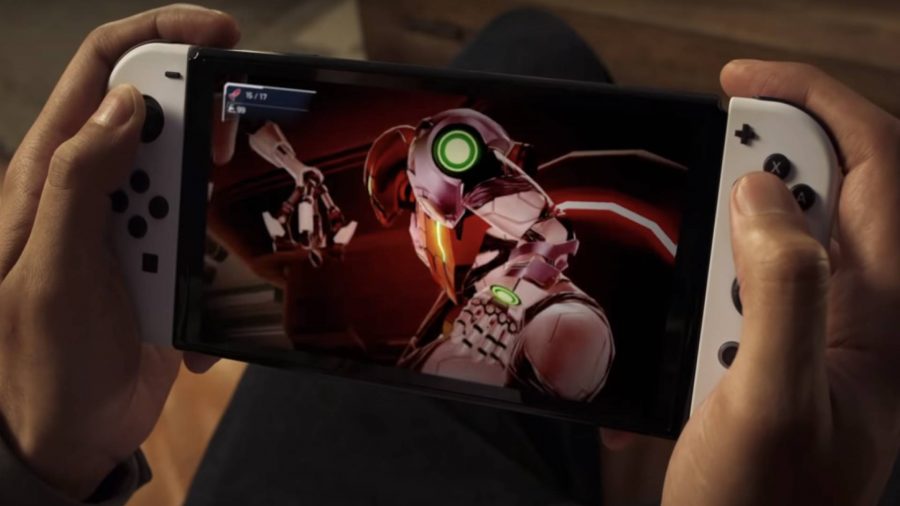 So is the ‘Pro’ dream dead? The Nintendo Switch OLED Model certainly seems to fit most of the rumours that have swirled around for the last year, except for an improvement to performance. While upsetting to fans, the Switch is still selling absolutely huge numbers and none of the Holiday games for 2021 look particularly taxing in terms of graphics anyway. Nintendo might not need a Switch Pro right now, no matter how much fans beg for one. However that goodwill can only last so long, and Nintendo itself likes to improve hardware to match its own ambition. Which might be where Breath Of The Wild’s sequel comes in.

2022 will be five years from the original release of the Nintendo Switch, and some argue that the technology used in the device was slightly out of date even back in 2017. So there’s no reason to doubt that Nintendo will likely upgrade the system at some point to allow for bigger and better games, with the sequel to Breath Of The Wild almost certainly being a focus of its hardware development for the next year.

Remember though that even when Nintendo does iterate on consoles, it’s very rare for first party releases to only be compatible with the newest versions. Other companies are happy to take risks, but Nintendo will always want to sell Mario and Zelda games to the largest possible install base. So even if the mythical Switch Pro launches in 2022/2023, you’ll still be able to play the latest games on your shiny new OLED Switch. 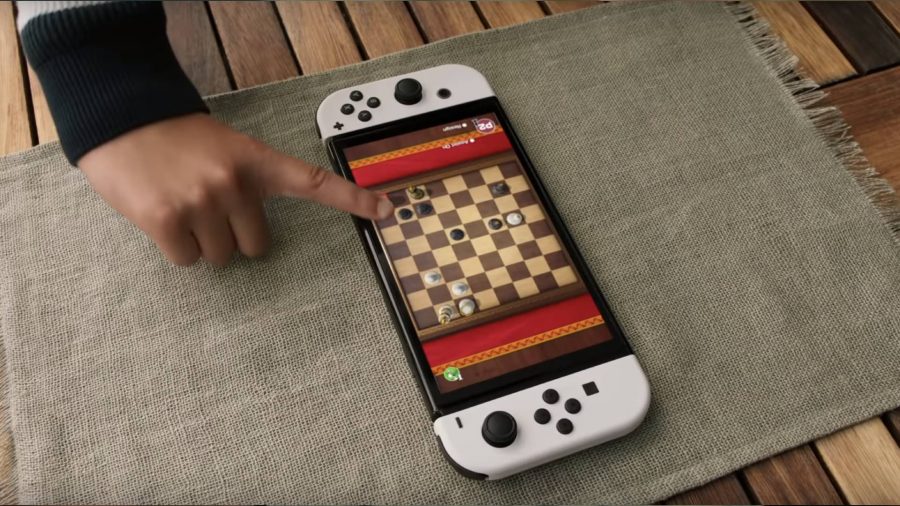 One thing to also mention is the ongoing pandemic, as well as shortages of many parts that has affected the production schedules of both the PS5 and the Xbox family of consoles. Though not likely to use the same parts, Nintendo may still struggle to maneuvre large scale manufacturing – especially if new hardware needs specific chips that require new production processes. As things calm down the current scarcity of next-gen consoles is slowly easing, so if there have been production issues that set Nintendo back, fingers crossed that next year will see things go a lot more smoothly.

As of right now, hopefully there won’t be countless YouTube videos and online conjecture about a Switch Pro for the next year, but then again these are Nintendo fans. The Nintendo Switch OLED Model looks like it could be the final iteration of the original Switch, and it admittedly looks fantastic, but it does likely mean that anyone wanting better hardware may have to wait another year or so. Still, when Nintendo is still selling the original Switch like nobody’s business and has made its livelihood on games with smart, classic art design instead of mind blowing visuals, fans have to remember that Nintendo itself doesn’t need to make a Switch Pro yet, no matter how much die hard gamers want one.