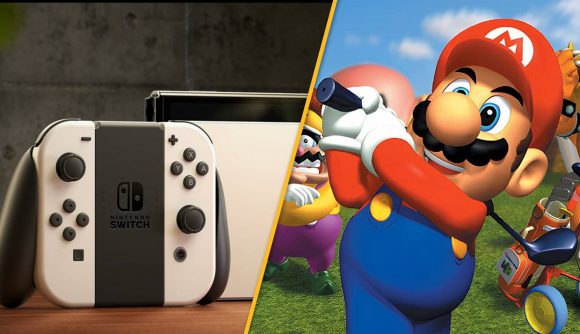 Grab your nine iron and a wedge (I don’t play real golf, is that right?), as the N64 game Mario Golf finally swings onto Nintendo Switch Online + Expansion pack this week. Originally released for the N64 in 1999 and developed by Camelot Software, this was the first entry in the now long-running series and set the course for many of Mario’s sports outings in the years since.

With Mario Golf finally hitting the service, that means there are only two more announced games expected to hit the Nintendo Switch Online N64 games library, with Pokémon Snap and Kirby 64: The Crystal Shards the remaining two upcoming titles that Nintendo has already confirmed. Hopefully, we’ll get an update soon and some other much-requested titles like Diddy Kong Racing (the best N64 racer) will make their way to the service later this year.

While we don’t have any footage just yet, check out Nintendo’s official announcement below and check back for all the latest information as and when we have it.

Get into the swing! ⛳

Tee off with Mario and friends when Mario Golf comes to #NintendoSwitch for #NintendoSwitchOnline + Expansion Pack members on 4/15. #Nintendo64 pic.twitter.com/bB4ujaj59F

When is Mario Golf coming to Nintendo Switch Online?