Until Nintendo finally announces the highly-anticipated Nintendo Switch Pro, we can never really be sure what to expect from the finished product. That hasn’t stopped the rumour mill from turning, though, with a whole host of different versions of the Pro being touted. Will it feature 4K? A proper 1080p OLED screen? Basic features like Bluetooth headphone support? You name it, there’s a rumour for it.

The second consideration is what we want from a Switch Pro, and that varies just as drastically. Some want native 4K, while others don’t even want it at all. No matter what we want, or what it will end up being, the fact remains that a Switch Pro is on the horizon. The question is when, not if.

Here’s what has been touted so far: the Switch Pro could be titled the ‘Super Switch’ – hearkening back to the SNES – feature higher clock speeds, ensuring better performance, and support 4K upscaling via Nvidia’s DLSS technology. A new screen featuring a more efficient Mini-LED display is also a possibility, providing sharper visuals at a lower energy cost.

Now, what this tells us is that Nintendo aims to reduce the overall energy output of the Switch in order to further increase the clock speeds of the Tegra X1+, which currently resides in both the Switch Lite and the new Switch model. The Mini-LED will go a long way towards that, while a presumably higher capacity battery will also help.

The latest Tegra Xavier has 1.4 TFLOPs of power, putting it on par with Xbox One S

Meanwhile, it also seems to rule out native 4K in favour of DLSS upscaling technology, which will likely arrive in the form of a chip housed in an entirely new Switch dock. If this is the case, then that potentially opens the door to the current ‘new’ Switch model supporting 4K upscaling, as it houses the very same Tegra X1+ rumoured to be in the Pro.

If we were to step away from rumours for a second and take a look at alternative options, then there is another opportunity for Nintendo to drastically increase the capability of the Switch, and that’s by using the Tegra Xavier chip. The Xavier is the latest Tegra chip and hasn’t been used as a gaming tool yet, but is reportedly capable of 1.4 TFLOPs of power. That’s a 40% increase on the base Switch, and puts it on a similar level of power to the Xbox One S, which opens the door to native 1080p visuals when docked. 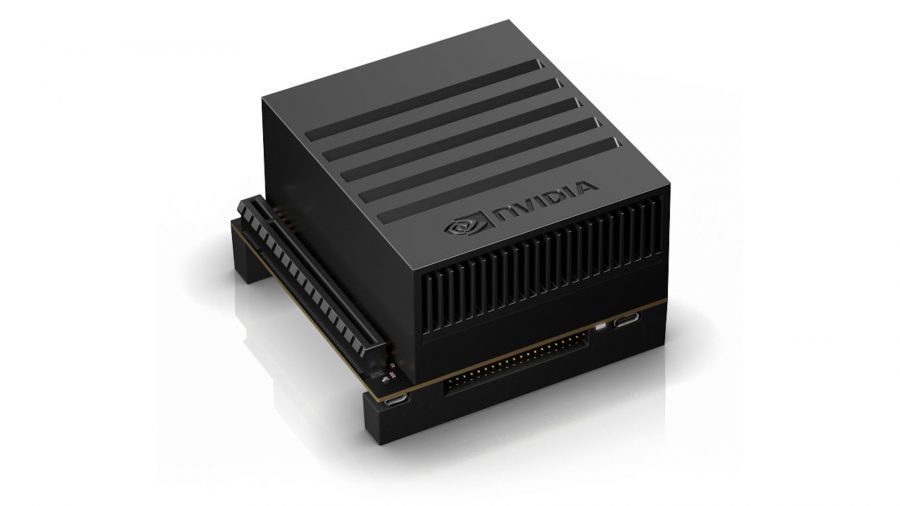 Another option at Nintendo’s disposal is to look at Android GPUs like the Snapdragon 865+, which equals the Xavier at just shy of 1.4 TFLOPs, or – in an incredibly unlikely event – partner up with Apple to use the A14 or M1 chips, which reportedly outperform the base PS4. That could put it at around two TFLOPS.

It’s worth really stressing at this point that Nintendo does have options at its disposal to increase the power of the Switch to at least the same level as the Xbox One S, which will make it pretty surprising if the company chooses not to do so. By sticking with the Tegra X1+ and utilising its full power, we’re likely to only see a 25% boost in power, putting it at 1.25 TFLOPs.

There are many among you who claim we don’t even need a Switch Pro, and that the current iteration is a more than capable device that’s fine as it is. That’s a perfectly valid opinion, though it’s a little short-sighted. What’s largely sustained the Switch up to this point is a combination of genre-defining first-party releases – your Breath of the Wilds, Mario Odysseys, and Animal Crossings – and ‘impossible’ Switch ports, like Witcher 3, Doom Eternal, and Alien: Isolation. 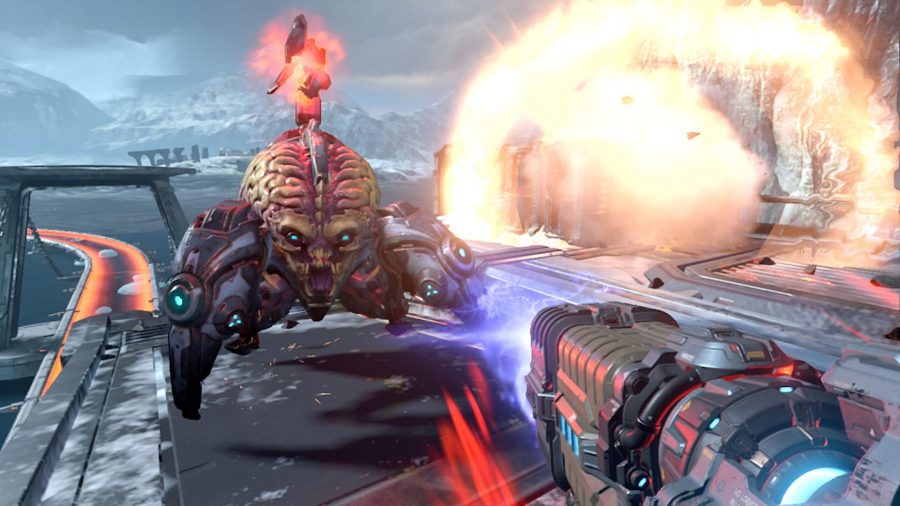 The former aren’t going anywhere. While there’s a Switch in the wild, Nintendo will continue to produce incredible first-party titles for it. We already know that Breath of the Wild 2 and Metroid Prime 4 are on the way, and there’s no doubt much more in the works that Nintendo is yet to announce. However, the latter is now in jeopardy due to the introduction of the PS5 and Xbox Series X.

Before these consoles arrived on the scene, developers were catering to a market largely dominated by the PS4 (1.8 TFLOPs) and Xbox One S (1.4 TFLOPS) while providing enhancements for the PS4 Pro (4.2 TFLOPS) and the Xbox One X (six TFLOPS). PS4 Pro/Xbox One X exclusives were never a thing, so, at a base level, developers were working towards that 1.4 TFLOPs margin, which isn’t a far cry away from the Switch’s single TFLOP. It requires work, sure, but it isn’t out of the realms of possibility.

However, as soon as the PS5 and Xbox Series X have started to find their way into the vast majority of gamers’ homes, the base margin is going to skyrocket from 1.4 TFLOPs to the PS5’s 10.2. We’re still a while away from that, as the market share of these consoles will have to surpass that of the Xbox One and PS4 before the vast majority of developers start developing exclusively for the PS5 and Series X, but it is coming. 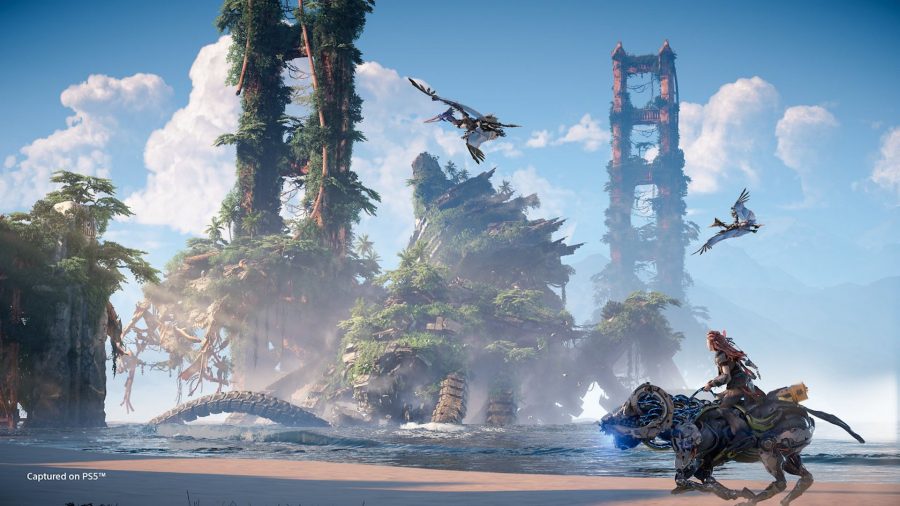 At that point, third-party support could dry up, leaving the Switch to just exclusives and ports of PS3/Xbox 360-era games, as well as the occasional ‘impossible’ PS4 and Xbox One port. If that support does dry up, the Switch will be in some trouble as, no matter how good a console is, it still needs games to support it.

So what can, or should, Nintendo do? Well, start by closing that gap between PS4/Xbox One and Switch, which is right within the realms of possibility in terms of technology. This would open the door for every single PS4 and Xbox One third-party title to arrive on Switch with minimal fuss, as well as any crossover titles between PS5 and Xbox Series X. It doesn’t solve the long-term problem, but it will buy Nintendo precious time.

Also, it will help with first-party development, which is starting to show signs of struggle. The recent Hyrule Warriors: Age of Calamity suffered from technical hiccups, like frame-rate issues, low draw distances, and a disappointing resolution. How will more ambitious upcoming titles like Breath of the Wild 2 or Metroid Prime 4 fare? 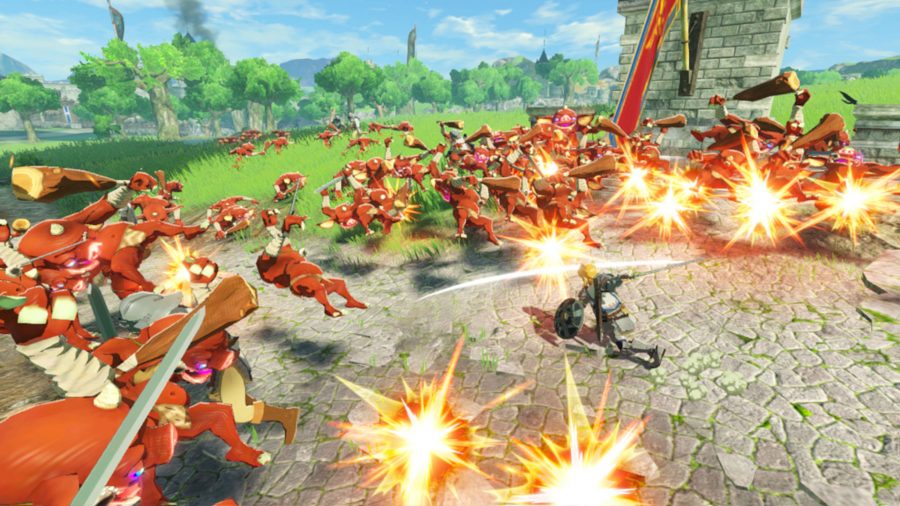 We’re still in a space where playing a PS4 or Xbox One game on a portable device is pretty exciting, and that would increase tenfold if it looked identical while in handheld or TV mode. Sure, we wouldn’t turn down 4K upscaling, but we’d argue that it’s less important at this point than closing the power gap between the consoles so the Switch doesn’t get left behind.