You might already be aware of Cloud Gaming, especially as Xbox has recently launched their own version, allowing users to stream Xbox Game Pass titles to both mobile and desktop devices. Even the Nintendo Switch is getting in on the action, with cloud versions of Hitman and Control allowing Nintendo users to play these titles with much higher graphics than the system allows.

Well, there is another platform to think about – no, not Stadia – and they’re making waves with fantastic user features and rock-solid streaming capabilities. If you haven’t already heard of Nvidia’s Geforce Now, you might want to start paying attention. This platform allows you to connect your Steam account, Epic Game Store account, and even your UPlay account if you use them.

Then, you can access these accounts from any compatible device, including mobile, and stream any of your favourite games. So long as your internet connection can keep up, it’s a fantastic option for anyone with limited hardware options. We’ve been trialling a few titles on both mobile and desktop, and we’re here to give you our verdict so far.

Setting up Nvidia Geforce is a painless process, so long as you know all of your account details for various platforms. You will obviously have to connect them all separately, but this process works seamlessly, and once you’re connected it’s never an issue again. Importing your steam library is a breeze, though not all titles will be compatible. We went hands-on with Control, Watch Dogs Legion, and Metro Exodus, which gave us a wide breadth of graphics to enjoy. 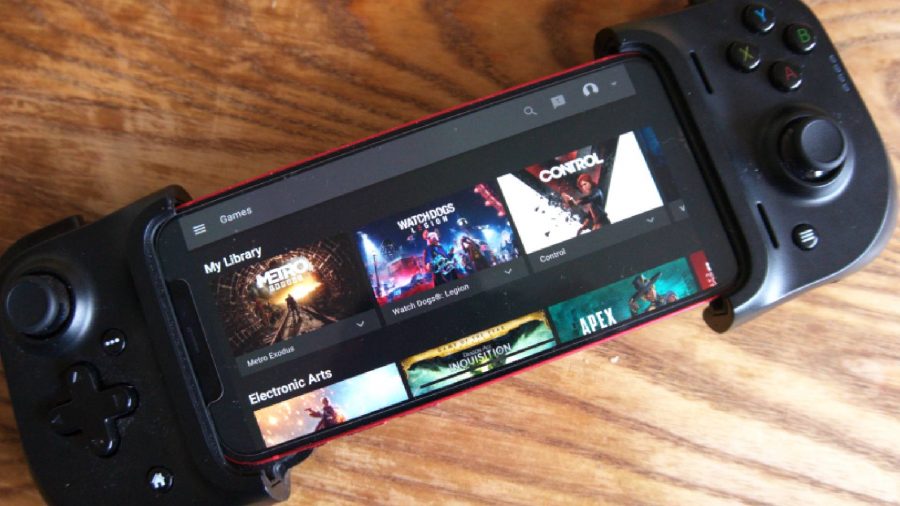 We also tested these titles over a few devices, mainly an iPhone 12 with the Razer Kishi controller, on a desktop with a PS4 controller, and even on an Android TV by downloading the NVidia Geforce app and connecting a PS4 controller through Bluetooth. Once the account was set up, moving between devices was seamless, as long as you make sure to save regularly. Blowing the streamed footage onto a large TV might not be the most ideal way to play, however, as 4K streaming isn’t currently supported, but when playing on smaller devices, the visuals were perfectly crisp and clear.

For the rest of the review, I’m going to detail my experience playing it on an iPhone 12 and a stable wifi connection – entirely with the Razer Kishi controller. Of course, the desktop ran and worked fantastically, but this was over an ethernet connection, so that came as little surprise. 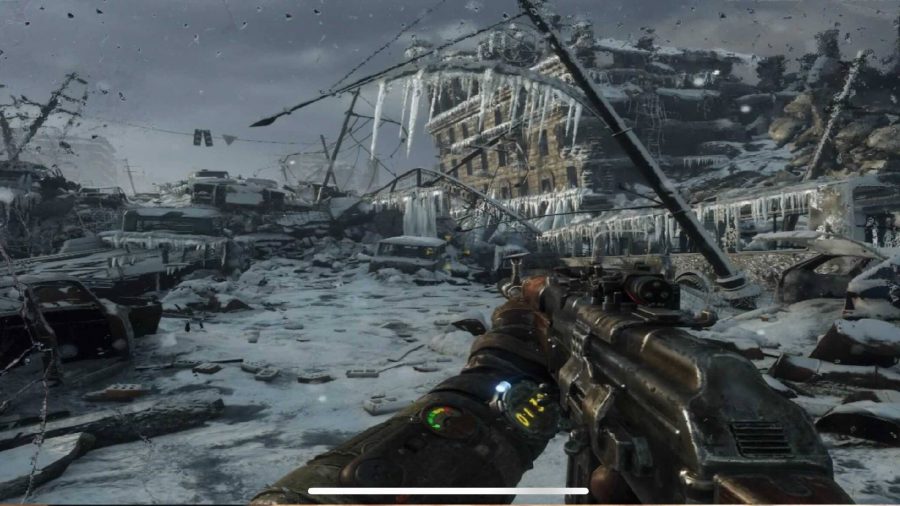 Firstly, when connected over wifi, my connection was almost entirely stable. While some moments in games had noticeable input lag, this was few and far between. Your device will come up with a prompt when you have a spotty connection, but unless I was in the garden, I still found this to be serviceable. Obviously, when the connection gets weaker there can be pauses as the stream struggles to catch up, but again, I found the issue very rarely got in the way of my enjoyment, and for the majority of the time I didn’t even notice it.

In terms of performance, when running these games on a mobile everything looks absolutely fantastic. It will depend on your device, but even on the regular iPhone 12, I was amazed by the visual clarity that titles like Metro Exodus could offer. Things can get a bit muddy with darker titles like Watch Dogs Legion, which seems to include a much darker colour palette than most despite being set in the future.

One important thing to mention is that because you are streaming from powerful hardware, the games that support it can perform ray tracing and DLSS upscaling. It depends on your mobile device how much you’ll get from this, but in our tests, it gave some really impressive visual results. There is the issue of the size of UI – while it can be changed in certain games, it’s often only adapted for desktop play. You have to remember, you are streaming a desktop experience, so everything will be shrunk down and compromised to fit on a phone screen. But for convenience, this is an incredible experience. 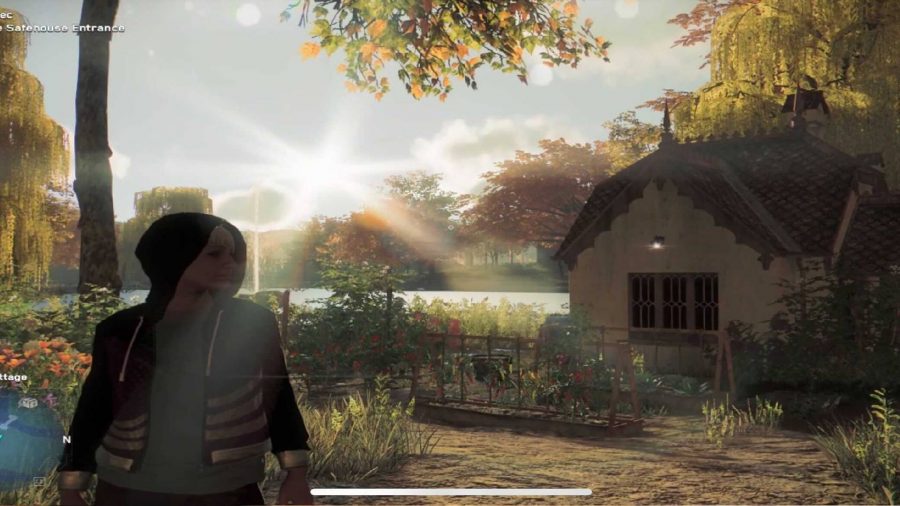 While certain games and UI may be squashed while streaming over mobile, it’s hard to overstate just how handy Geforce Now is to access your steam library in handheld, especially with the comfort of a controller. I tried it out with other titles like Valheim, and being able to pick up your save on the go is a blast. It might also be the only way fans can currently play Fortnite on iPhone as well, so if you’ve missed the battle royal on your mobile device, this is a great way to play it. Though of course with something as immediate and twitchy as an FPS shooter, your connection will have to be pretty great to avoid any noticeable lag.

for convenience, this is an incredible experience

Sadly, sometimes you’ll have to deal with niggling UI issues, such as having to type in details, or the screen adjusting to different aspect ratios randomly. Moving a computer stream to mobile isn’t an exact science, so while it is slightly jarring every now and again, it’s a fair compromise for the product offered. There are easy options to use keyboard input whilst playing, so it’s not an impossible problem to solve even in the worst circumstances. 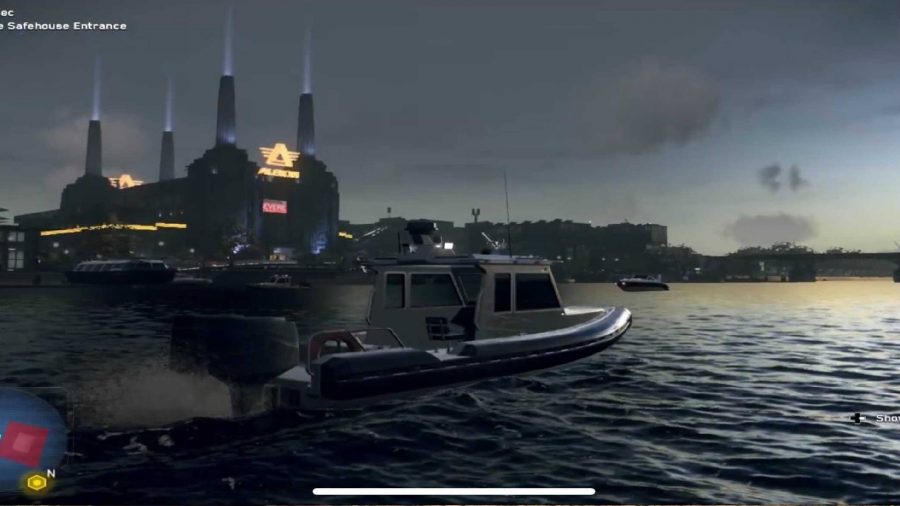 Overall, Nvidia’s Geforce Now is a fantastic service that seamlessly fits onto multiple devices, and is a fantastic option for playing your Steam library outside of your dedicated computer. Yes, you will need a strong internet connection to make the most of the service, but the stream does its best to avoid noticeable slowdown or frame skips, and in our stress tests performed admirably over sub-optimal conditions.

Graphics can be a little squashed depending on your device, but are still presented with amazing clarity and the full weight of a computer super-rig somewhere over the Cloud. With options starting at a free membership, but with only an hour of access at a time, there’s little reason not to try it at least. Especially when paired with a competent controller, or connecting any existing Bluetooth enabled controller (PS4/PS5/XBOX), this is simply a fantastic, convenient, additional way to enjoy your games.

Thanks to the ease of use, and the ability to tie together several accounts, Nvidia Geforce is the leading force in cloud gaming. Mobile devices have to deal with some slightly squashed elements, but with a fast internet connection, this is a fantastic, and convenient way to play.