With its charmingly retro aesthetic, randomised levels, myriad challenge modifiers, and four playable characters, Oceanhorn: Chronos Dungeon has all the hallmarks of another top-tier roguelike dungeon crawler. The genre’s popularity has exploded in recent times, and many of its best titles have made the move to mobile, meaning that the bar is now higher than ever before. Sadly, such comparisons do Chronos Dungeon no favours, as even before its first run is complete, it reveals itself to be a surprisingly undercooked game with poor combat and pacing.

It’s set around 200 years after the events of its big brother, Oceanhorn 2: Knights of the Lost Realm, and sees a band of intrepid adventurers searching for a magical hourglass in a last-ditch effort to change history and seal away the foul creatures that now roam the land.

Chronos Dungeon plays out from a top-down perspective, with the dungeon itself rendered in glorious 16-bit style, fit with neat animations and a pleasant soundtrack. You can go it alone and switch between each hero on the fly, or you might opt to bring along a buddy or two for some couch co-op action.

At the start of a new quest, your heroes are assigned specific traits that influence their effectiveness. This, in theory, should combine with the randomised levels to form a highly replayable title, but no number of background modifiers can change the fact that Chronos Dungeon never quite finds its footing. 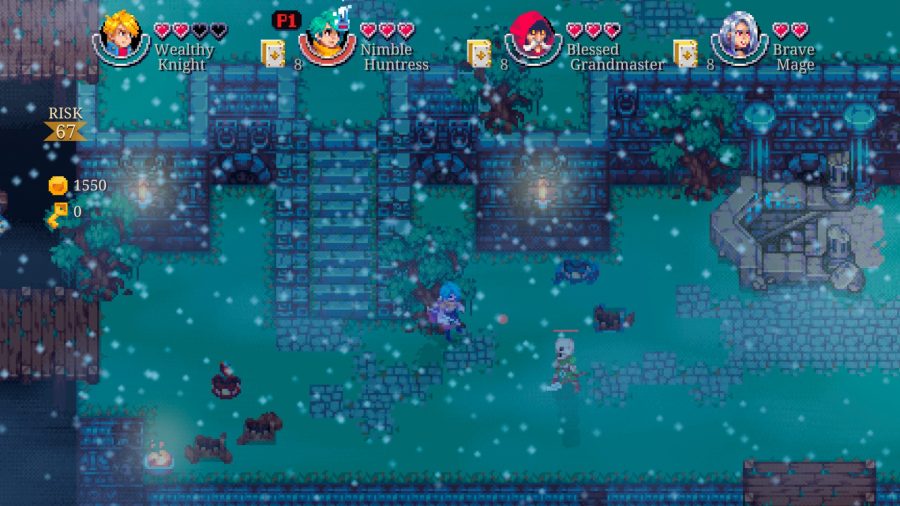 Each level is packed with enemies to fell, traps to avoid, and loot to collect. Combat is the primary focus here, and it’s generally at its best when you’re in command of every character, meaning co-op can be less enjoyable than single-player.

There’s the sword-swinging Knight, sharpshooter Huntress, spear-wielding Grandmaster, and magic-slinging Mage. They all boast their own primary attack and charged special; they can also dodge a set number of times before their stamina runs dry and use special weapons, such as throwing stars, found hidden throughout the dungeon.

The combat’s simple nature is at first quite appealing, being reminiscent of the early Zelda games. The issue is that Chronos Dungeon removes the puzzles and handcrafted nature of a classic Zelda dungeon and fails to replace them with anything substantive. 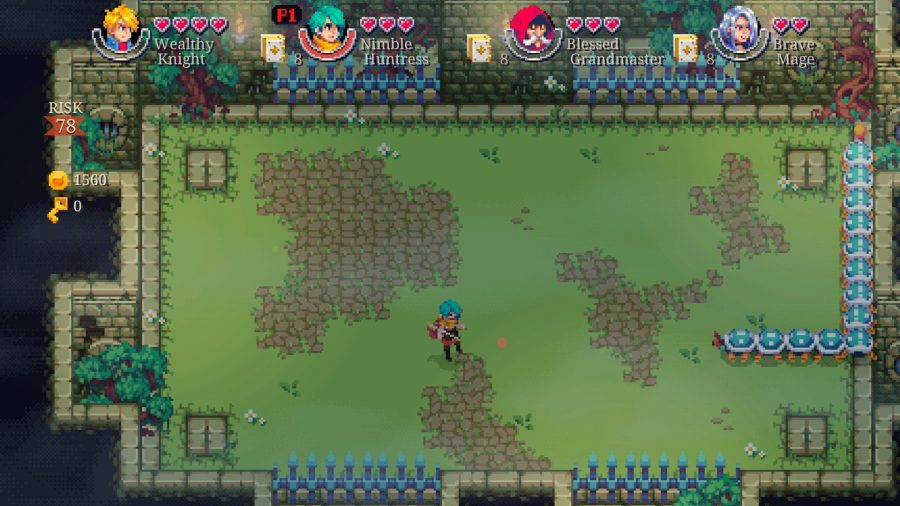 There’s little tension to even the most hectic of battles, as enemies act in a predictable and unchallenging manner, running straight for you in many cases without showing a shred of self-preservation. Even exploration starts to drag quickly, with characters moving at a snail’s pace despite the game’s insistence that you scour your surroundings for some all-important coins.

You see, Chronos Dungeon’s level of difficulty ramps up by a set amount per floor, which is reflected by your risk metre. You can, however, lower the overall challenge during a run by finding a golden statue and making a sizeable offering to it. This means that you constantly have to save cash if you want to reliably reach the final floors, and the only real way to acquire that amount of money is to scavenge for it. But the more time you spend within each level, the clearer it becomes that they aren’t interesting spaces to explore.

The abundant fire and spike traps fail to spice things up after a short while, and even the ever-changing layouts don’t have all that great an effect on play. In truth, hiding the level exit somewhere new only means that you have to waste even more time laboriously searching every room, mindlessly smashing vases and crates as you go. 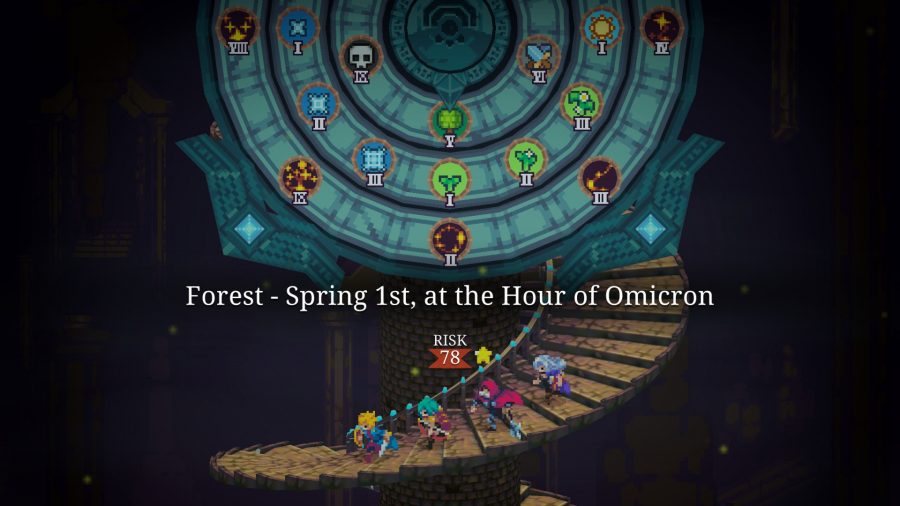 Chronos Dungeon momentarily comes to life during its boss battles, which are often novel spins on classic Zelda baddies. They’re never quite exceptional, but they do offer a welcome respite from the escalating tedium of the standard floors.

The earlier Oceanhorn titles were arguably derivative – designed first as mobile stand-ins for other, better games – but they each offered an adventure that felt surprisingly close to the real deal.

By comparison, Chronos Dungeon resembles a fleeting minigame conceived as part of a grander experience. There just isn’t enough meat on its bones to last much more than a single run, though what’s currently here could provide the basis for a fleshed-out roguelike somewhere down the line.

Despite its charming presentation, Oceanhorn: Chronos Dungeon is an undercooked roguelike dungeon crawler with poor combat and pacing