The original Pikmin 3 released back in 2013 exclusively to the Wii U, and despite receiving outstanding reviews worldwide, it went under the radar for many due to the limited Wii U player base, making it an underrated cult classic among fans. Pikmin 3 Deluxe made its way to Switch back in October and is an almost perfect remaster – an amazing entry into the series for new and old fans alike.

Pikmin 3 Deluxe is a real-time strategy puzzle game that sees players befriending adorable alien creatures called Pikmin to use in different scenarios throughout its beautifully crafted levels. I had little to no Pikmin experience going in; the extent of my knowledge was seeing Olimar toss strange looking creatures at foes in multiple Smash Bros titles. I was not prepared for how deeply responsible I would feel for the lives of Pikmin I used to complete each area and defeat enemies.

In each level, there are numerous revolting creatures such as the repulsive Baldy Long Legs and deformed Dwarf Bulbear (though I do have a soft spot for slightly more adorable Whiptongue Bulborb), all of which are desperately trying to eat every single one of your beloved Pikmin buddies. Every time an enemy devours a Pikmin a quiet scream echoes throughout the surrounding area and an in-depth end of level screen tells you exactly how many Pikmin passed away during your time exploring.

I played most of Pikmin 3 Deluxe in split-screen co-op mode, and I do not recommend this for the faint of heart. As I ran around the map minding my own business and carefully guarding my precious Pikmin, I would hear the heart-breaking sound of a Pikmin scream coming from the other player who treated their Pikmin’s lives with reckless abandon. This is where a heartwarming change began. 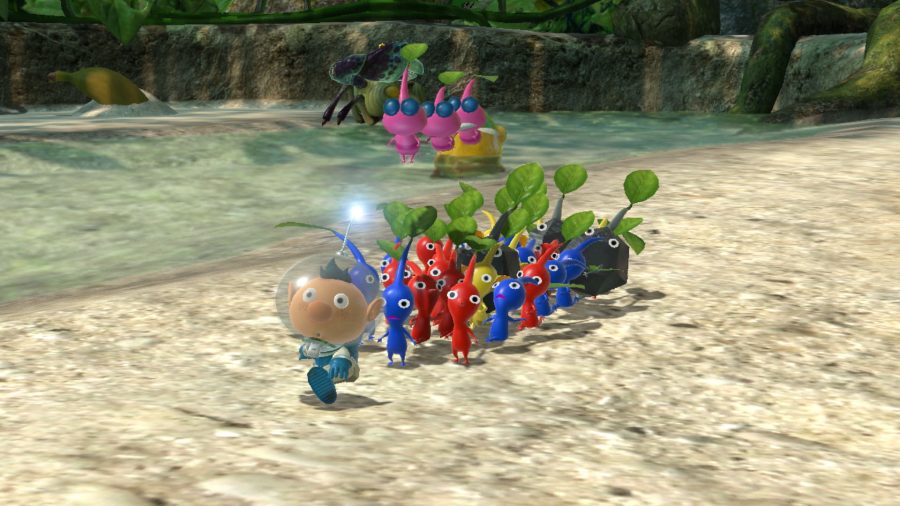 After a few levels of death and destruction, I began to explain to my co-op partner how valuable the Pikmin truly are. There are five different types of Pikmin in the campaign, each with different skills that we outlined in our Pikmin 3 Deluxe review: “red Pikmin are great fighters and resistant to fire; yellow Pikmin can be thrown higher and conduct electricity; grey ‘rock’ Pikmin can smash fragile barriers and enemy skulls; pink Pikmin can fly; and blue Pikmin can swim.” Losing numerous Pikmin can slow your puzzle-solving to a complete halt, and running around the map by yourself can feel pretty lonesome.

Not only are Pikmin great helpers and loyal friends, but if you manage to gather 20 of each type of Pikmin they will hum the theme song for the game as you dash around completing your tasks, boosting morale, and adding an even more adorable incentive to keep your little mates alive. 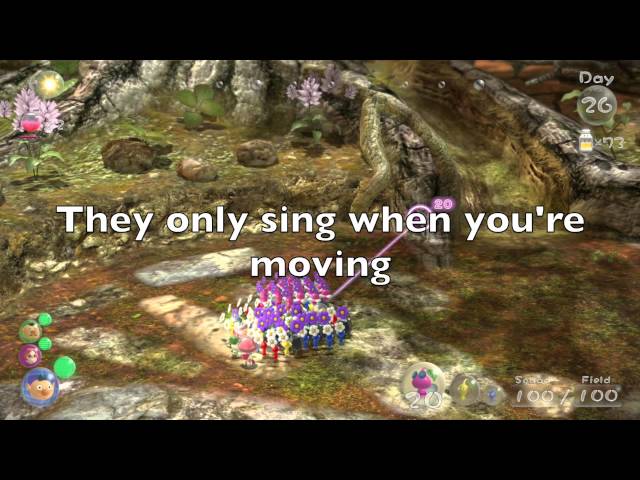 The Pikmin 3 Deluxe campaign became increasingly fun as I worked with my teammate to gather as many Pikmin as possible, while keeping our current team safe, which also added to the in-game difficulty as we had to restart levels if we took too many casualties. The game went from a bit of casual fun, to a festival of love and compassion towards a non-existent species.

Once the campaign ended we said our bittersweet goodbyes to the colourful friends we made along the way, and although it had come to an end, Pikmin 3 Deluxe definitely left a lasting impression. The love I feel for the ant-like aliens will not be going away any time soon.