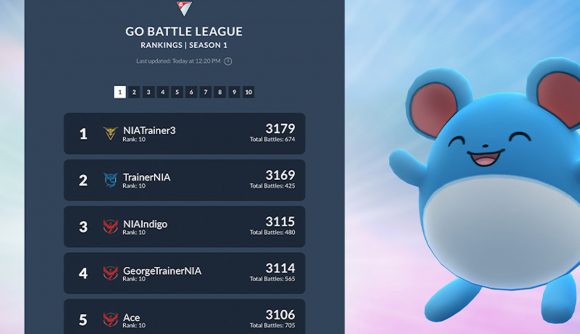 Right in time for the bank holiday weekend (depending where you are), Niantic is gearing up to drop an exciting new feature in Pokémon Go: online leaderboards. These tie into the Go Battle League feature, and provide you with a list of the top 500 players statistically. The leaderboard hasn’t gone live yet, but you’ll be able to see it at the official Pokémon Go live website as soon as the Go Battle League changes to Master League from Ultra.

The leaderboard will detail the top 500 players’ nicknames, teams, ranks, ratings, and the total number of battles played. This information is taken from the previous day’s statistics, and will update between 20:00 and 22:00 UTC each day. If you want to make it on the leaderboard, you’ll not only have to be a good enough battler, but you’ll also have to ensure that you don’t have an offensive nickname.

To celebrate the launch of the Go Battle League leaderboards, Niantic is hosting a Go Battle Day event on Sunday, which features the Pokémon Marill. The more battles you perform between 11:00 and 14:00 in your local time zone, the higher the chance you’ll have of encountering the fan-favourite Pokémon.

Marill will also appear as a guaranteed reward after your first and third wins, though those who own a premium battle pass will get Marill after every single win. All players will also receive twice the normal amount of stardust for catching Marill.

Niantic is also extending the number of battles you can perform for the entirety of Sunday (in your local time). Rather than the five sets of battles you can typically perform, Niantic is increasing this to 20. That’s a whopping 100 battles for those who want to participate. 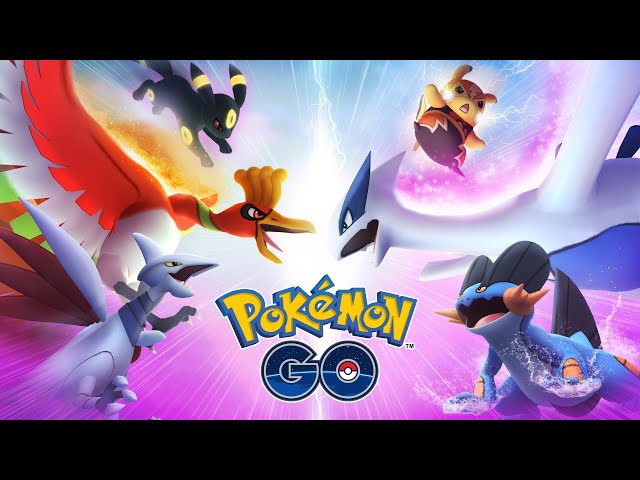 If you’re interested, you can go ahead and grab Pokémon Go from the App Store or Google Play right now and get ready for the online leaderboards going live later today. The Go Battle Day event happens on Sunday.