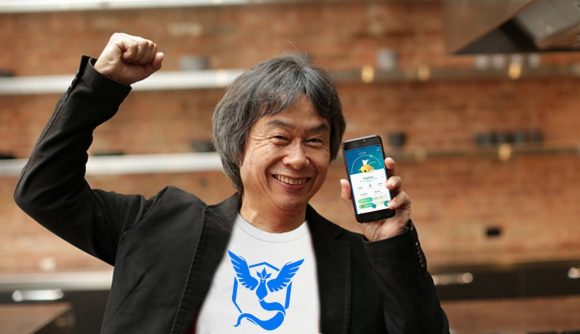 Ever since its launch in 2016, a whole five years ago now, Pokémon Go has gone from strength to strength. Now featuring mountains of Pokémon representing nearly every single generation, heaps of features including Mega Evolution, and still regularly hosts the popular community day events for a chance at a rare Pokémon.

Niantic even raised odds on those elusive shiny Pokémon too. It’s no surprise then to hear that as well as making an absolute mint, to the tune of around $5 billion, many of you are still absolutely hooked on the world’s best pocket monster game with an augmented reality twist.

What might surprise you to hear is that the father of Mario himself, Shigeru Miyamoto, is hooked on the smartphone game, regularly playing with his wife and family. Despite being 68 years old. It seems the Nintendo stalwart is keeping fit trying to catch that flying Pikachu just like the rest of us. Miyamoto revealed the information in a recent Nintendo shareholder’s meeting, after a shareholder asked to hear what each of the Nintendo Directors’ favourite games are.

There were some unsurprising picks, such as Nintendo president Shuntaro Furukawa explaining that Super Mario Bros. on the Famicom was his favourite as it was released while he was in junior high. Miyamoto, however, had a more surprising response:

“I basically tend to play the games I created myself, so I haven’t been influenced much by the games of other companies. That said, the first game that influenced me when I started the job of game development was Pac-Man, and from a design perspective, I think Tetris is wonderful.

“I’m currently hooked on Pokémon Go. This game, which I’m playing with my wife, is a dream come true of playing a game with my whole family. I’ve been enjoying Pokémon Go with my wife and neighbouring friends for some two years now. The average person playing Pokémon Go in Japan is probably around 60 years old (laughs).” 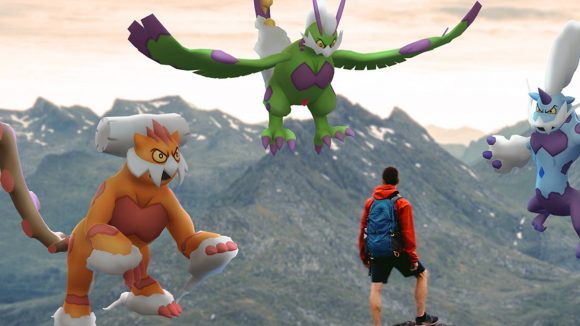 The image of Miyamoto strolling around Japan with his family is certainly a wholesome one, and it’s lovely to think the nearly 70-year-old grandfather of Nintendo is also taking some time to relax despite his notorious work ethic. Though hopefully, it’s not in lieu of working on Pikmin 4…

Pokémon Go has been a huge hit with fans of all ages since its release, launching the already popular Pokémon franchise into the stratosphere and helping to maintain its title as the biggest media franchise of all time. With so many active players still, it’ll be very interesting to see how the game changes over the next five years as well.