When Pokémon Sword and Shield released in November last year, many fans across the land felt divided. With the removal of the National Dex, lazy character animations, and lack of growth within a series that has spanned multiple decades, fans expected more. The two expansion passes Nintendo has released for Sword and Shield have noticeably improved on gameplay and given fans much more to do after the main story.

If you have completed Pokémon Sword and Shield you will know its post-game content is limited, outside of a quick legendary hunt and hours of shiny hunting in the wild area, the game felt as if it needed more. The first piece of DLC to arrive for Pokémon Sword and Shield was The Isle of Armor. This DLC improved on many aspects Pokéfans were mad about, bringing back some fan-favourite Pokémon and including a much-requested feature that allowed your party Pokémon to follow you around the map.

The Crown Tundra expansion goes in a very similar direction. When you first enter the icy new area, you are thrown into the same old scenario: a forced conversation with a flamboyant new character in which your dialogue choices are meaningless, ending in a strangely easy battle.

Peony, your opponent from the first battle, also becomes your guide through the Crown Tundra. Peony is a Dad-mode version of Hop, your ‘rival’ from the main Pokémon Sword and Shield game. I felt Dad-mode Hop spent the perfect amount of time with the main character, which meant, luckily, he didn’t get on my nerves too much with his over the top personality. 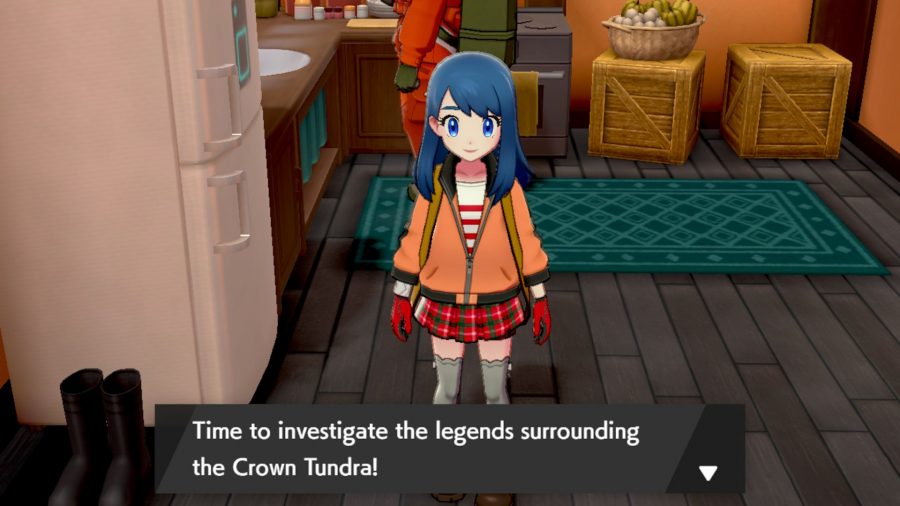 Dynamax Adventures are one of my favourite additions to the game. However, I was disappointed to find you must choose a rental Pokémon to use from a random list of three and are unable to use your own hard-earned Pokémon in these encounters. Still, it did allow me to try out new Pokémon and strategies I would never usually use. You can complete a Dynamax Adventure with three other NPCs or online players, which I appreciated due to my lack of a Nintendo Online subscription.

128 Pokémon came along with The Crown Tundra DLC, a ridiculous 43 of which are legendaries. At the end of every Dynamax Adventure, you will encounter a legendary, and if you beat it, it has a 100% catch rate, this makes obtaining a legendary feel like a less special feat than in previous titles. Every side quest also revolves around finding and catching legendaries, which makes the storyline seem like a sad excuse for you to encounter powerful Pokémon for no good reason.

In saying that, I did find the limited storyline cute and humorous. Helping the King of Bountiful Harvests, Calyrex, return to its former glory and get its loyal steed back was the most story-heavy part of the expansion. I couldn’t help but let out a snort of laughter whenever Calyrex would take over Peony’s body as a means to speak to the main character. Although I loved these cutscenes, if the characters had voice acting, I would have connected with them on a much deeper level. 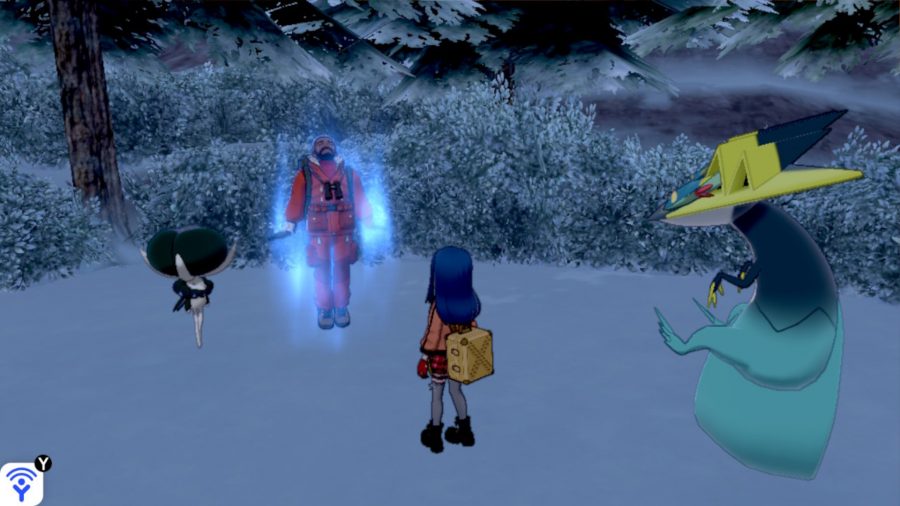 Reuniting Calyrex with either Glastrier or Spectrier was overly simple and easily completed within an hour or so. The same can be said for the quest that requires you to search for legendary Pokémon footprints. If you played The Isle of Armor, you will remember a quest that required you to find 151 Diglett, this task was immensely tedious. With Digletts hiding on off-shore islands and amongst shrubbery, it took hours to find all of the tiny bastards.

The footprints, however, are everywhere. Finding 50 sets of footprints for three different legendaries sounds like an arduous task, but it’s not. I managed to find every print during general exploration. This achievement brought me much joy as completing a job I hated from The Isle of Armor for a second time may have made me give-up before finding them all.

Every side quest revolves around finding and catching legendaries.

The Galarian forms of the legendary birds are beautiful. I thoroughly enjoyed my first cutscene encounter with the trio in which I saw the three battle, then had my Rotom phone ring and distract them in a slapstick comedy style. As someone who always has their phone on mute, I felt great disappointment at my in-game self for giving my position away to these magnificent birds. 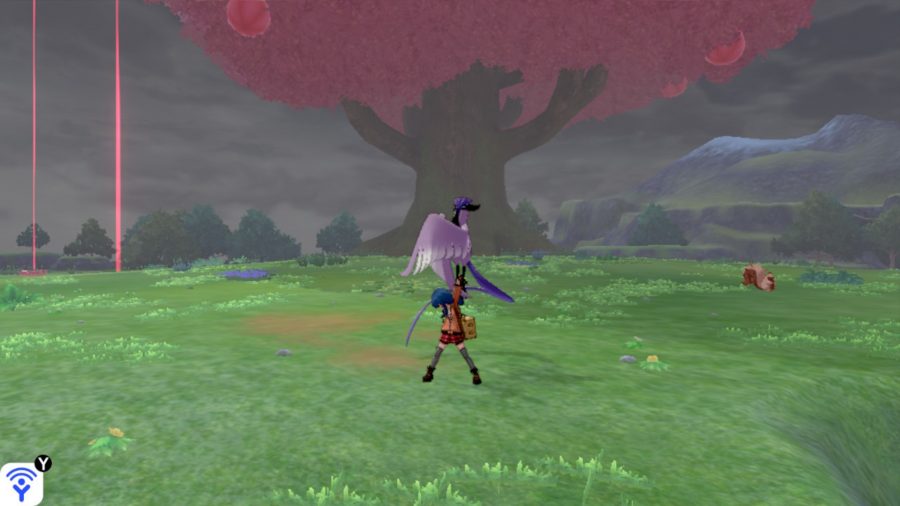 After the initial encounter, each bird flies off to a different location and you must travel to the original wild area, the sandy beaches of the Isle of Armor, and the snowfield of the Crown Tundra to find each of them. My personal favourite encounter involved the sassy Galarian Articuno, which created three illusionary forms of itself. You then must choose the real Articuno from the bunch in order to have a chance at catching it.

The final quest I took on was catching all the Regis. Personally, I’m not too fond of the entire Regi-roster, so searching for six of them wasn’t extremely exciting for me. Luckily, each clue the game presented me with to reach a Regi was interesting and made me want to continue despite not being too fond of the catch at the end. Although I liked this sidequest, I can imagine Regi fans may find this segment a bit superficial, as it could have led up to any set of legendaries.

After spending quite a bit of time trawling the wild area, my impression of it isn’t great. Travelling through numerous areas covered in a thick fog with low visibility, and hitting an oddly positioned invisible wall whilst floating around in the Avalugg-filled ocean, I didn’t feel immersed. Areas changed quickly from snow-covered to sun-filled, and the numerous caves had tight pathways that were all very same-same. I spent a lot of time feeling lost, and with no mini-map, I had to keep opening the main menu to look at a zoomed out world map to catch my bearings. 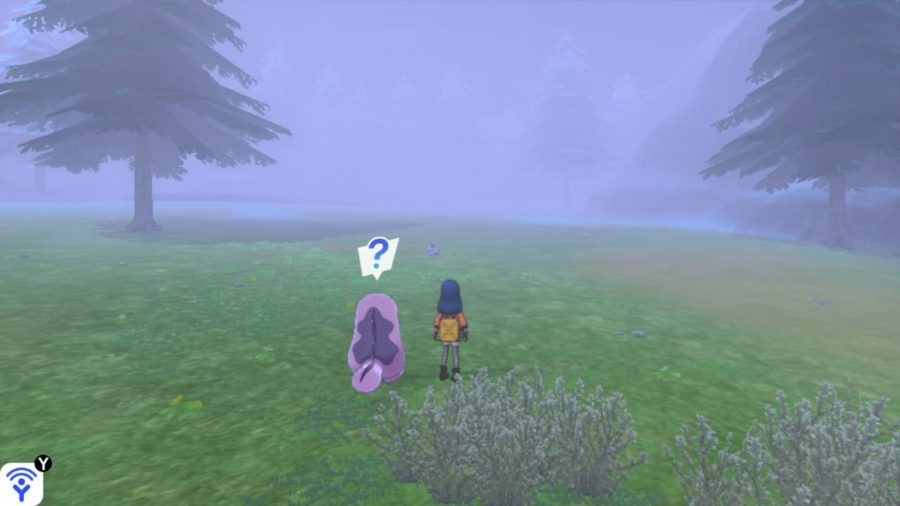 A particularly personal qualm I have regarding the wild area was the amount of sad and lonely Nidoran♀️. Let me preface this by saying Nidoran♀️ is one of my favourite Pokémon, and watching it wander back and forth through the mist by itself was incredibly sad. As I stood there and watched, I felt like I didn’t want to catch it and take it out of the wild (yes, I know Pokémon aren’t real), but I also didn’t want it to be left alone without a pack. To improve on this aspect, I would love to see Pokémon interacting with one and other and not acting like the world around them doesn’t exist.

I have mixed feelings about most aspects of The Crown Tundra DLC. Overall, I found the quests fun, and I will undoubtedly spend many hours completing my Pokédex in the wild area and with Dynamax Adventures. I will then shiny hunt Nidoran♀️ until the end of time. A mini-map, different ways to traverse landscapes, and voice acting are some necessary quality of life improvements needed in the next Pokémon game if Gamefreak wants to keep up with next-gen expectations at all.

The Crown Tundra brings back some fan favourite Pokémon and provides some much-needed end-game content. However, it’s content felt skin-deep and could have fit easily into the main game.