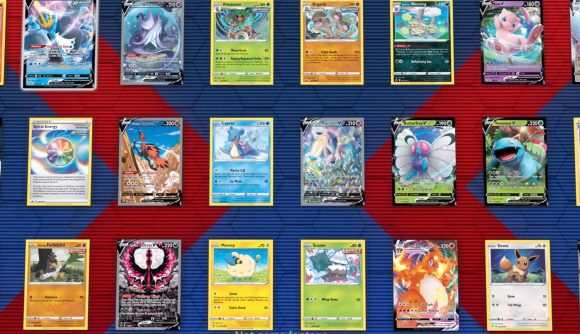 With the TCG as popular as it’s ever been, The Pokémon Trading Card Game Live gets its first beta test this month, with a Canada exclusive launch on February 22. While this means many of you won’t be able to participate in the beta, it also means we can assume the game is in the latter stages of development, so at least that’s something!

This month’s Pokémon Trading Card Game Live beta is available for mobile, Mac, and PC, with cross-platform play across all devices. While the rest of the world looks on with jealousy, Canadian players are the first to experience this new one-stop TCG sim. It’s a pivotal time for the beta test, with the Pokémon company holding out hope this next card game portal might do their format some justice compared to previous entries.

The impending release of The Pokémon Company’s new sim does mean that the sun is setting on the Pokémon Trading Card Online app. Fortunately, those who participate in the PGTCGL beta can access both games, and won’t lose all their progress in the old TCG portal until it goes offline worldwide.

When is The Pokémon Trading Card Game Live release date?

Despite the announcement of the beta test, we still have no word on a release date for the full version of the Pokémon Trading Card Game Live. The game was initially pegged for a 2021 release, but The Pokémon company pushed it back late last year in an effort to “provide Trainers with a more polished experience”. With any luck, we’ll get some concrete news on a launch date on the other side of the beta test.

Serebii Update: We have added multiple new screenshots for Pokémon Trading Card Game Live to our section. They can be found @ https://t.co/gDbXkIa6cr pic.twitter.com/lxvgZv4swL

That’s all we know about the Pokémon Trading Card Game Live beta launch so far, but be sure to check back later this month to see what we’ve learned from the test period. We’re planning extensive coverage for the eventual release, so it might even be a good idea to bookmark us. Until then, why not keep your card game skills fresh with our Yu-Gi-Oh! Master Duel guide.