Potato Flowers in Full Bloom is a simple, engaging RPG from developer Pon Pon Games, published by Playism. It has a handful of elements – dungeon-crawling, character creation, skill trees, weapons, and classes – that you’re given control of pretty quickly. From there you learn a little about the world and its characters, who are struggling to grow crops due to contaminated soil. Your aim is to find ancient seeds in these dungeons, ones that can grow in the diseased ground.

The game starts as it means to go on. In a stone-walled dungeon, you meet a character who advises you how to open a gate and get to the next section. This is the tutorial, introducing you to different enemies, the combat system, traversal, and the general make-up of its dungeons. For anyone who’s ever played an RPG, this game is immediately understandable.

This is one of my favourite things about Potato Flowers in Full Bloom. It doesn’t muddy itself with superfluous information or overcomplex remixes on the genre. It has a turn-based combat system, with stats like stamina and magic. It has weapons that you can upgrade, signified with a +1 and so on, just like in Souls games. Everything about it screams “hey look, I’m an RPG” in a cosy, familiar kind of way.

This makes it quite hard to truly adore, as it doesn’t do that much that blows you away. It just works. There’s a tight levelling system that occasionally bottlenecks against tough enemies, dungeons that expand in size and enemy variety until they’re surprisingly massive, and generally just an overall sense of polish and balance. I like it, but I don’t love it. 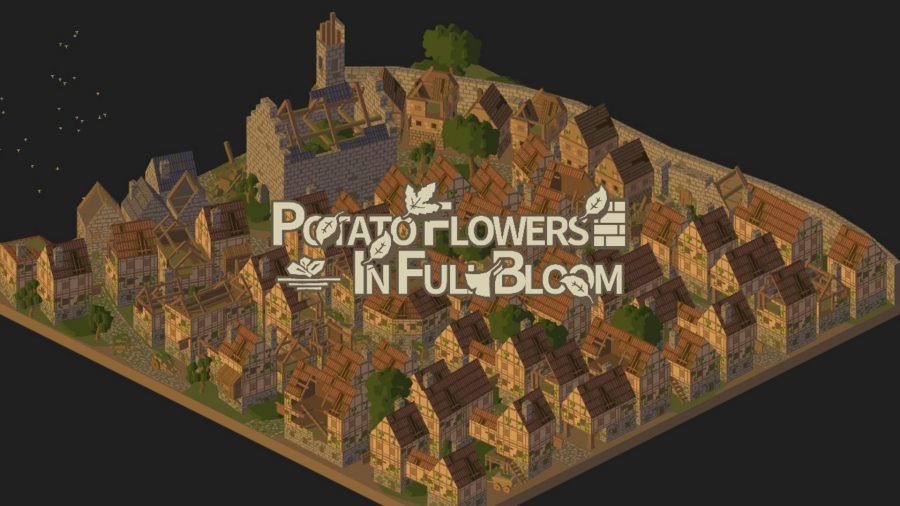 The most immediate element of Potato Flowers in Full Bloom is its art style. Every character looks like it’s been crafted from playdough by a particularly gifted child. They have big round heads, rounded-off hands, pin-prick eyes, and splodges of hair. It’s full of charm and personality, and by the time you build up a roster of characters for your party, seeing them mill around in the tavern is delightful.

The tavern I mentioned above is your safehouse. After the introductory segment, you see a beautiful montage, time passes, and then the game starts for real. In the tavern, you can build any character you want, choosing their name, race, class, and then can tweak their design to fit what you’re after. It gives the game an immediately personal feeling. These are my characters, and the names I give them inform what I want this universe to feel like.

Fitting these different characters together can be a bit tricky. Different classes fare better against certain enemies, and some work better together than others. It’s a fun little puzzle, but the speed of everything and the dungeons allow for some experimentation in the early game. Further on, however, once you level your characters up a bit, it can feel a bit daunting to mix up your team composition. Annoyingly, you have to go back with the under-levelled character and grind to get their level up a bit. 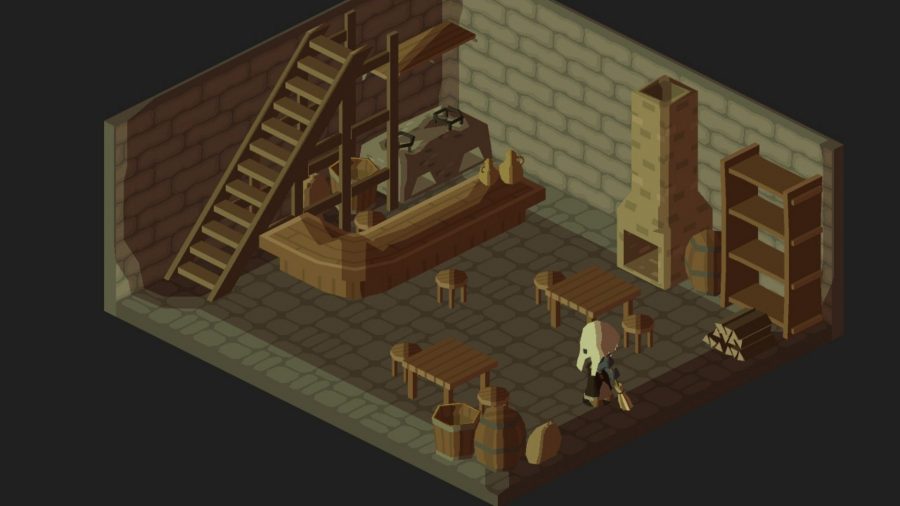 The dungeons just get bigger and bigger

In its battles, the enemies have a symbol above their heads telling you what their next attack is. This is a bit off, right? Surely, there’s always a correct response and an incorrect response to what the enemy is telegraphing? Well, not really. Quite often, what you should do and what you can do are two very different things.

This keeps things interesting. The battles are fast and can spike in difficulty depending on the direction you go. In these scenarios, I went back and did some grinding. I enjoyed it, but I also enjoy hundred-hour JRPGs, so I’m used to it. Still, it’s one thing to keep in mind if you’re not usually a fan. 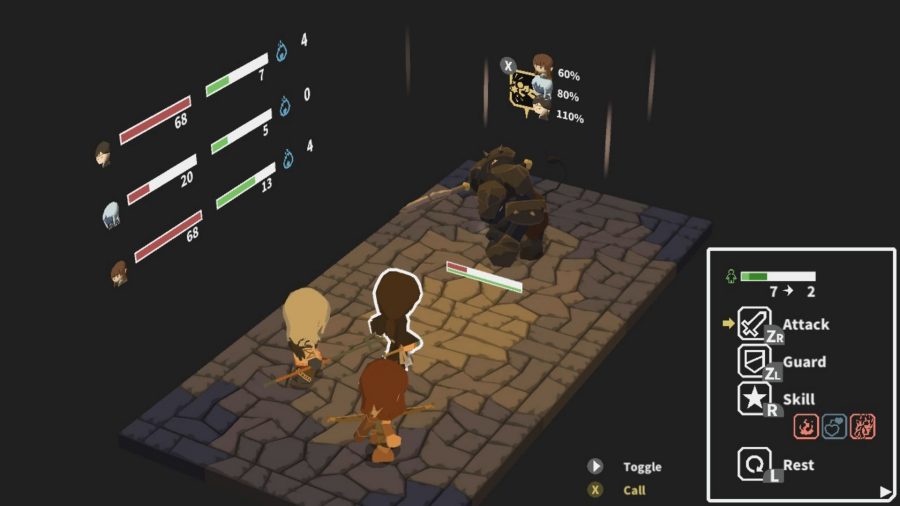 The general depth of Potato Flowers in Full Bloom is what makes it any good. The writing is a bit off, but the story of explorers hunting for ancient seeds that can grow in contaminated soil is interesting, one that encourages you to keep digging deeper and find out more. That leads you to crawl through dungeons that are much bigger than they first appear, which then develop into labyrinthine and tricksy places with shortcuts, trapdoors, levers, and gates. They just get bigger and bigger.

Still, I don’t have any overflowing praise for the game. I enjoyed my time with it, but I doubt it will blow anyone away. If you like the look of it, it’s definitely worth a go (and there’s a demo that should help make your decision easier). There are good RPG elements, great dungeon crawling with a wide variety of well-designed enemies, and not really anything wrong with any of it. Potato Flowers in Full Bloom is just quite nice, which is good enough I guess.

Potato Flowers in Full Bloom has more than enough elements to keep you engaged, and they all blend together smoothly. There's nothing to shout about here, but if you're after a sweet, comfy dungeon-crawler, it might just be for you.