Danger has always been at the heart of motorsport. Racing is about constantly being a split second away from death and disaster, dicing with the very real possibility that the conjunction of man and machine will end in furious, flame-wreathed catastrophe. Project Cars Go, on the other hand, is about tapping.

That’s not to say that it doesn’t nail the tapping – because it absolutely does – but does it manage to capture the sweaty-palmed, edge of the seat thrash of rubber-squealing, petrol-powered carnage? Eh, nah, not really.

The game follows a similar structure to the likes of CSR. It’s a big, glossy game that takes most of the actual racing out of your hands. There’s no steering here – instead you get to change gear and brake. You do that by poking and pressing the screen at the right time. The more accurate your tap, the quicker you move.

Your tap chances are displayed on the screen as glowing arcs over the top of the race track. Blue ones are gear changes. Red ones need you to push on the screen, releasing the pressure when you go through a green gate. At the start of the race, you need to hit the sweet spot of your car’s rev before the lights change. 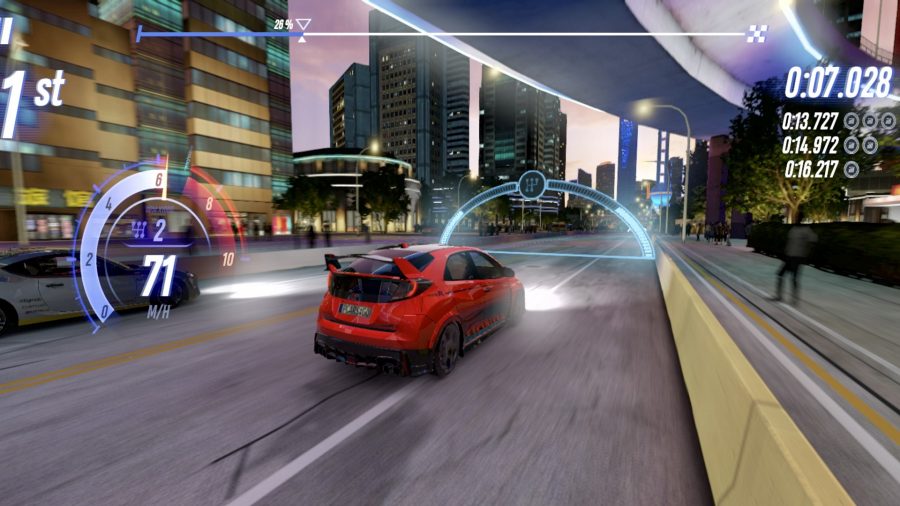 There are two different kinds of race – drag and the more traditional track races. Drag races are straight forward blasts to the finish line – you need to warm up your tyres before you set off, pushing and tapping the screen to fill up a meter. They last about 15 seconds, and they’re pretty similar to the ones you’d find in other games in the genre.

The track races make up most of the experience. These can last for anything up to a couple of minutes, and feature a whole bunch of gates for you to tap and press your way through. There’s a sluggish nature to some of the longer races, since for the most part you’re just watching the action unfold.

These problems don’t show up in the drag races, since they’re pretty much over in a couple of blinks, but the extended challenges bumble along, skirting close to keeping you entertained but never quite managing to get your blood pumping in the way you want them to. 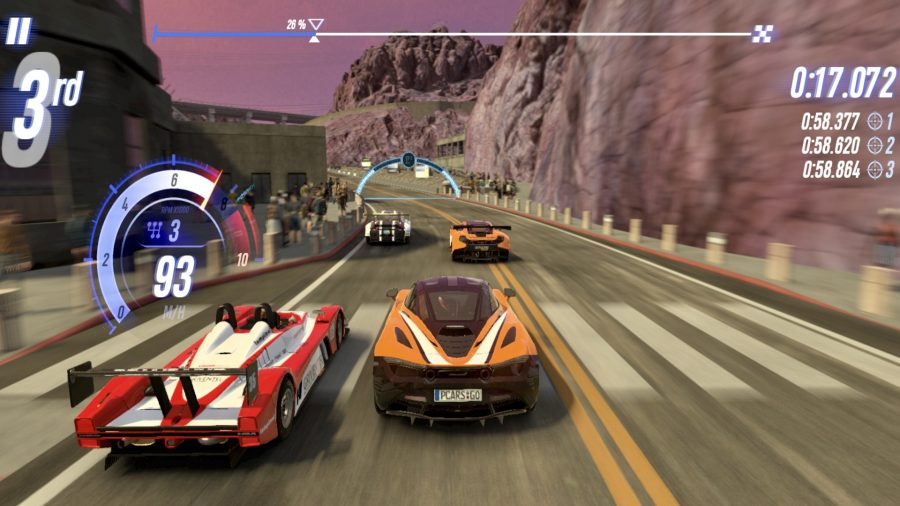 In-between the bouts of driving, you’re going to spend your time upgrading your car. There are various ways to do this, pouring the currency you earn from your victories into adding more power to your vehicles. As you might imagine, there are piles of cars to collect, ranging from nosebleed fast production vehicles to sound-barrier destroying supercars that, in the real world, cost more than the GDP of some countries.

In terms of presentation, Project Cars Go is damn impressive

The faster your car, the slightly more difficult it is to get your taps right. But the more powerful cars don’t really give you the sense that you’re edging closer to that red-line between life and death. They look nice, though, and they sound pretty darn awesome as well.

In terms of the presentation, Project Cars Go is damn impressive. Everything looks and sounds incredible, and if you were watching over someone’s shoulder you’d think the races were fast and frantic and packed full of action. There’s a cinematic thrill, especially when the cars are closely packed together. 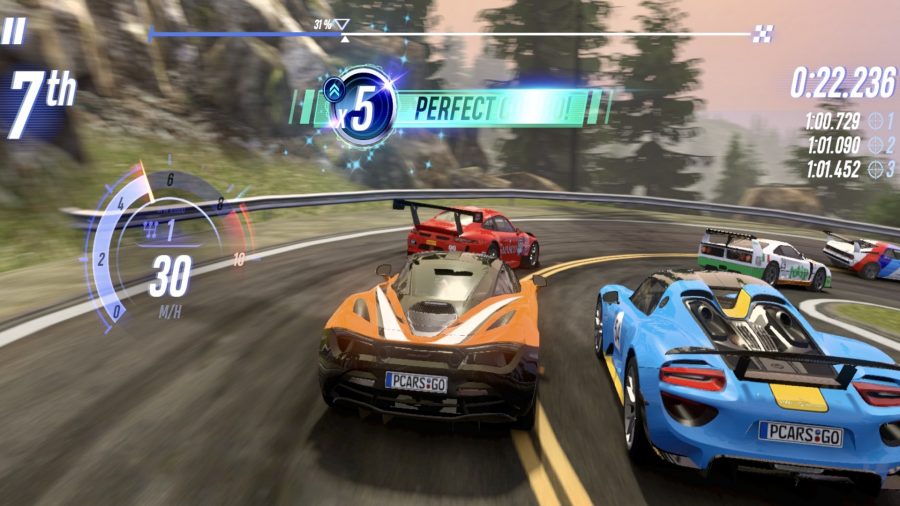 But that thrill never really gets transferred to you, and after a few races things start to feel pretty flat. You’ll still want to keep playing though – there’s an undeniable compulsion to the rhythm of Project Cars Go, and even after the longer races you’re going to want to jump back in.

Project Cars Go is a strange one, then. It doesn’t really capture the thrill of the sport it’s trying to emulate, but it’s difficult to take your eyes off of it. Even after a two-minute race where you’ve tapped the screen just a handful of times, something is going to drag you back for another go.

It’s almost like the game is entertaining in spite of itself. It could be about pootling along in a golf cart and you get the feeling the poke-poke-press bounce would still get stuck in your head. Throw in the super slick polish and you end up with a bright and shiny gewgaw that you can’t help batting at.

Project Cars Go isn't the car sim that some people might have wished it was, but despite lacking the breathless thrill of the best racing games, it still manages to be compulsive enough to keep your fingers engaged