In the current global climate our lives have inevitably become more digital and the extended hours at home have sparked a rise in more people playing video and mobile games than ever before. But some look to do more harm than good. Mobile games such as Project Makeover perpetuate harmful stereotypes about beauty and female body hair as well as emphasising the importance of being attractive for the sake of others.

Scrolling through my phone, I’m struck by the number of adverts for the mobile game ‘Project Makeover’. Created by Bubblegum Games LLC, the game is a match-three puzzler where you act as a member of a TV-style team improving the looks, and in turn, the lives of those the game deems need it.

Initially that might not seem like a problem, however the trailers used in the game’s extensive marketing campaign and the ideals that are embedded in the gameplay are at odds with gains made by feminism and body positivity today. To see what all the fuss was about, and because my brain had been manipulated by the deluge of adverts, I downloaded the game.

You start off with a recent graduate who is unable to get a job and that’s where you come in, to improve her appearance and let her inner beauty shine. It’s funny how a woman’s inner beauty can only shine through when you take off her glasses and wax her upper lip. As well as being riddled with microtransactions, the game emphasises the perceived importance of a very narrow perception of beauty: that women have waxed, bleached, plucked, and shaved every inch of every mile of naturally occurring body hair in an attempt to fit in.

The game does this by simply making the player unable to proceed unless they remove the arm hair or put on a pair of heels. The latter option is followed up with the unimaginative, eye-roll inducing joke that they help women “stand out at work, literally”. Adverts for the game are equally provocative with clips and scenarios that present a girl with nose hair and spots being told she’ll never be prom queen or that a guy, called Justin in this case, won’t take one look at you. Unless it’s to point and laugh, obviously. 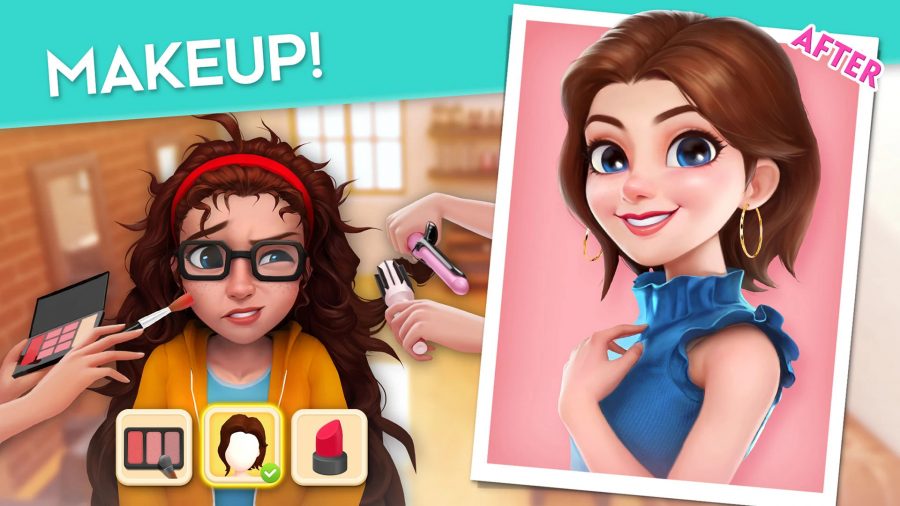 Though you can ‘improve’ the visual appearance of male characters in the game, the unequal ratio and the fact that the promotional material centres on a female character trying to make herself attractive for a man, implies that developers had a woman in mind as the player. Furthermore, the game’s age category of four years and above, due to lacking “no objectionable material”, opens the door for younger, more impressionable girls to take in its message. This potentially means creating another generation of women to repeat the same inescapable pressures to remove body hair, as though it were some form of unspoken civic duty.

History is packed with fatal incidents of female body hair removal. In the 1920s thousands of women were killed or permanently disabled after using hair removal cream, Koremlu, which contained rat poison. More recently, in the 60s and 70s doctors prescribed women, who had more hair than was acceptable, hormonal drugs like Aldactone. It’s ability to combat hair growth was inconsistent but women enjoyed side-effects such as cancer, strokes, and heart attacks for taking the plunge.

Project Makeover isn’t alone, either. Other games such as ‘King’s Throne’ and ‘Dress Up! Time Princess’ present the same formula of ‘remove upper lip hair = win male affection = advance through game’ and as a result of the marketing you don’t even have to play the games to digest this notion. 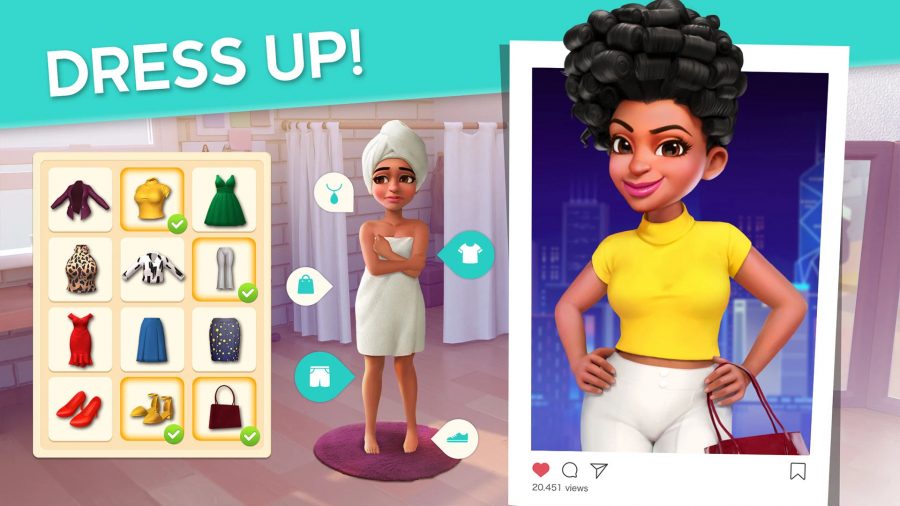 If a developer has gone to the lengths to create something like Project Makeover, it demonstrates that it either believes these ideals or knows they have precedence. The solution isn’t removing this kind of game, nearly every RPG and life simulator game has this function, because it is nice to dress up and personalise. But developers need to be aware of how the content they create affects consumers, and as a major industry with huge reach it’s irresponsible to perpetuate these outdated and harmful ideals within the mobile game industry.