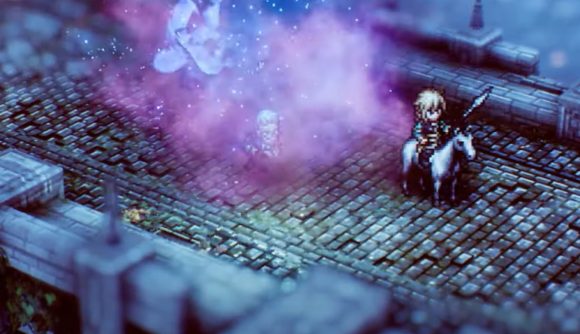 The team behind Octopath Traveler is working on yet another 2D/3D JRPG that draws inspiration from the classics. Except, this time around it’s not classic Final Fantasy but Final Fantasy Tactics providing the inspiration. The working title for this upcoming tactical RPG? Project Triangle Strategy. Yes, you did read that correctly.

Presumably, it’s named after the rock-paper-scissors combat systems that SRPGs pride themselves on, but your guess really is as good as ours. The gameplay doesn’t look that bizarre though – it’s a typical Fire Emblem/Tactics experience but in the 2D/3D visual style of Octopath Traveler, which remains a welcome sight nearly four years since its arrival. Just look at the lighting effects. They’re so warm and cosy.

The strategy doesn’t end on the battlefield either, as, much like in any western RPG of the past near-two decades, decisions you make during story beats have a lasting impact on the plot. If you’re interested, we thoroughly recommend checking out the full announcement trailer below, as there was just far too much information to digest alongside writing this story.

What we can tell you though, is that you can play it later today thanks to a playable demo. The full game, which might not end up being called Project Triangle Strategy, will launch in 2022 on Nintendo Switch. 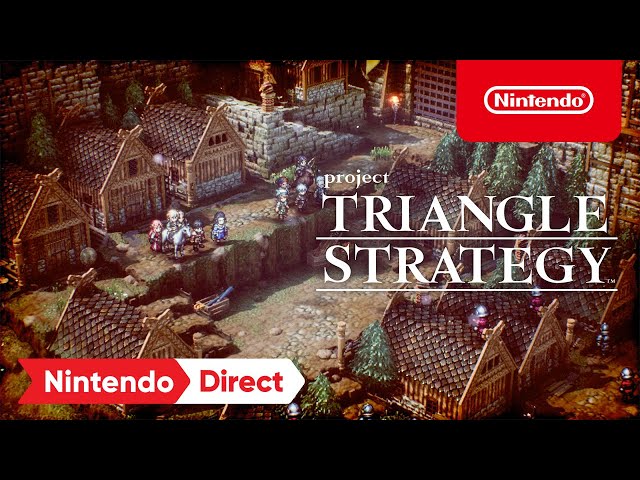