Hit battle royale PUBG MOBILE has released a huge update, featuring a brand new Evoground map where you can explore a technologically evolved version of Erangel. With a massive overhaul of many well-recognised locations, exciting new transport options, and loads of great features, there has never been a better time to join.

In PUBG MOBILE, DynaHex is a huge technology and energy company, and is implementing long-term technological transformations at Erangel, with plans to use it as an experimental base for the latest scientific research. Experience the new Erangel, transformed by technology, as you battle against other players and try out brand new tactics – with the help of some awesome loot.

The new map is accessible through the Mission Ignition game mode in the EvoGround, where you can rank up rating points as you duke it out in this futuristic reimagining of the classic map. With a load of new changes and unique features, the new Erangel offers a fresh experience, sure to excite players from all over the world. 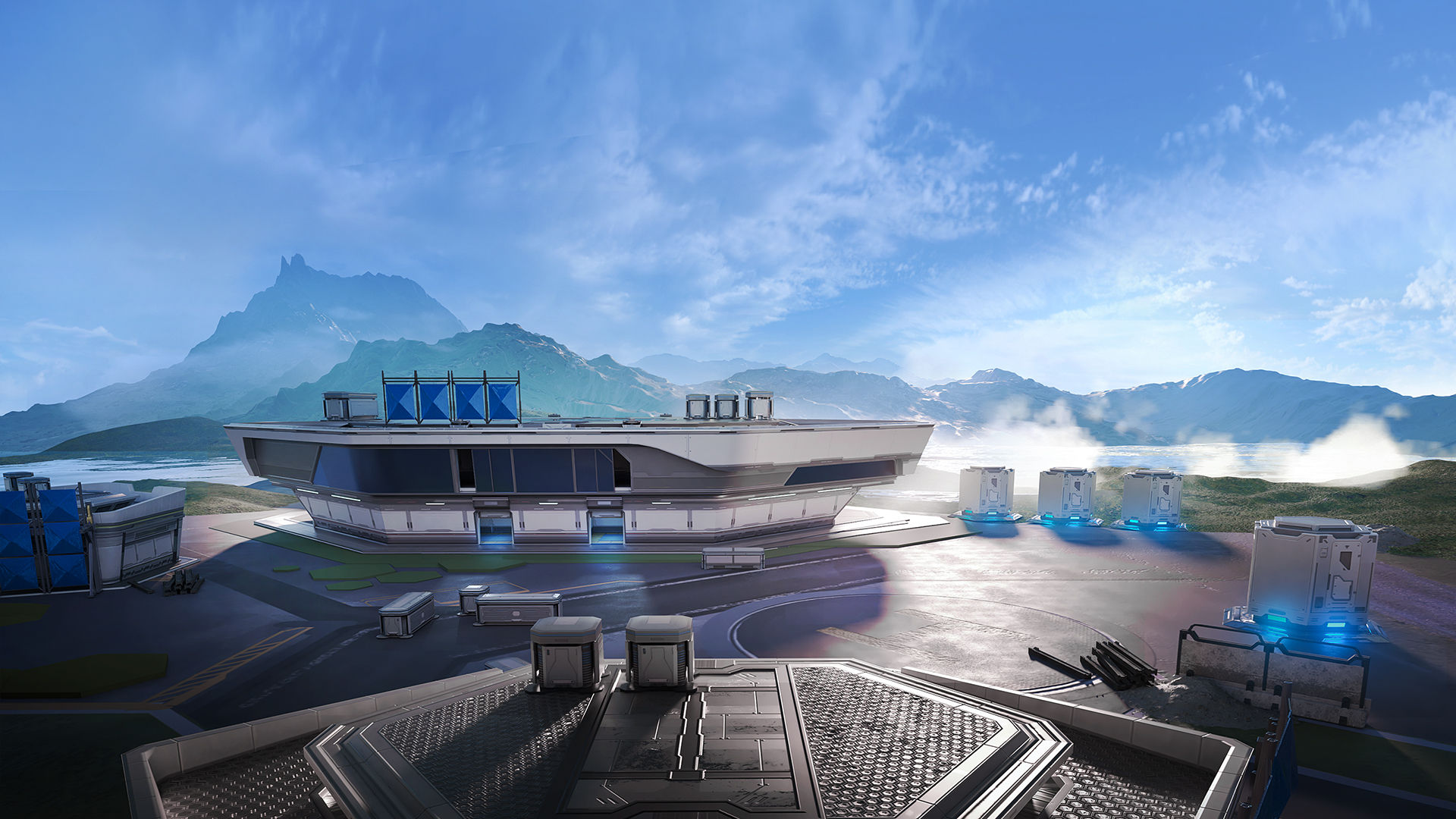 The evolution of Erangel

Dynahex has completely transformed six major areas of Erangel, focusing on military defense, energy utilization, transportation and logistics, and cutting-edge scientific research. These changes have evolved the map and completely shifted the gameplay and the way you interact with the world around you. Here are some of the differences you can expect in the updated Erangel map.

Transit centre – Pochinki is a large city in the middle of the map known as one of the greatest places to find heaps of loot, and has therefore always been a high-risk, high-reward location where many players land in search of goodies. As the core of Erangel’s transport network, this new update has seen Pochinki become the transit centre of the island. There is a new, high-tech station and supporting transportation system here, where you can travel on the city bus and use it as a form of mobile cover.

Port of Georgopol – previously known as Georgopool, this area is a large port city on the western side of the map, near the sea, and is made up of many large offices and apartment complexes. Dynahex has transformed this area into an efficient and advanced logistics port, and its importance is further leveraged through the introduction of a brand-new central command centre and fully-automated warehouse.

Tech centre – as one of the hottest and most dangerous zones in classic Erangel, the school has always been a popular place to drop if you’re in search of sweet loot and close-combat encounters. Now, Dynahex has transformed the school into an advanced tech center, with a greater emphasis on academic research and cutting-edge exploration. All of the latest scientific discoveries and advanced technologies are on display here, along with many paths and structures that pose a multitude of unpredictable opportunities for confrontation.

Security centre – the military base, off on its own little island, offers plenty of open space and some great loot to boot. It has always come with its own challenge, as it is quite far out from the centre of the map, so if you drop there you have to get on the move as soon as possible to avoid the dreaded wall of death. In this newly evolved version of Erangel, the military base has become responsible for monitoring the security of the entire island, providing armed support as it deploys rapid response facilities.

Logistics agency – on the northeastern side of classic Erangel, you will find Yasnaya Polyana, which is a large city populated with a lot of buildings. It is now home to the logistics agency, which is an important distribution centre for supplies. These supplies are transported from the port and are classified, checked, and distributed from this city throughout the rest of Erangel.

Energy centre – on the east side of classic Erangel sits Mylta Power, a partially destroyed power plant with a main reactor building and several warehouses, which are usually filled with some pretty great drops. Dynahex has now transformed Mylta Power into a centre that provides energy to Erangel by combining conventional energy generation with cutting-edge technology, producing an efficient and stable supply to all of the island’s civil and military buildings.

The newly transformed Erangel has also seen the introduction of some really cool transport options to help increase your mobility, which we all know is integral in a time sensitive game like PUBG MOBILE. 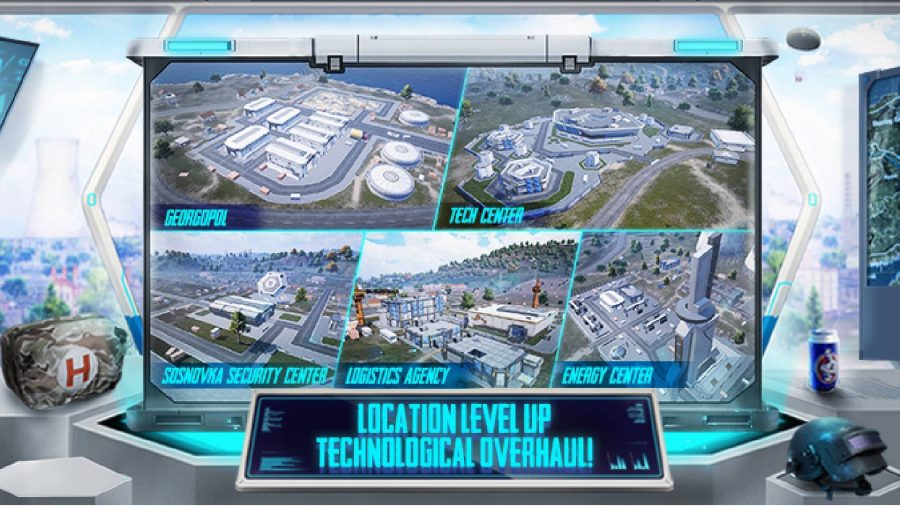 HyperLines – the logistics agency has set up a series of hyperlinks on Erangel, connecting the various cities of the island so you can zip around between fixed locations and experiment with new tactics.

Dynamic Elements – the newly upgraded Erangel is introducing some nifty dynamic features, such as lifts, automatic doors, and other moving platforms, improving your in-game mobility.

Air Conveyor – the command centre has also set up their own special transport tool outside certain urban areas and bases, which will help you travel in the air and even conduct patrols in the sky.

Of course, in addition to all of the huge updates to the Erangel map, PUBG MOBILE is seeing the introduction of a fresh new weapon to arm yourself with as you explore this newly reimagined world.

ASM Abakan – firing 5.56mm rounds, this powerful little firearm has three different modes; full-auto, two-shot burst, and single-shot. Its first two shots are highly accurate and can be fired in quick succession, which makes this perfect for burst firing.

Ergonomic grip – with the addition of this useful grip, you will see a great improvement in your handling of firearms, an enhancement of vertical and horizontal recoil control, and handy accelerated recoil recovery.

Muzzle Brake – a neat muzzle attachment that will effectively reduce bullet scattering and help you with controlling recoil.

Drum Magazine – you can equip this magazine attachment to any rifle to greatly increase magazine capacity, in exchange for a slightly slower reload speed. 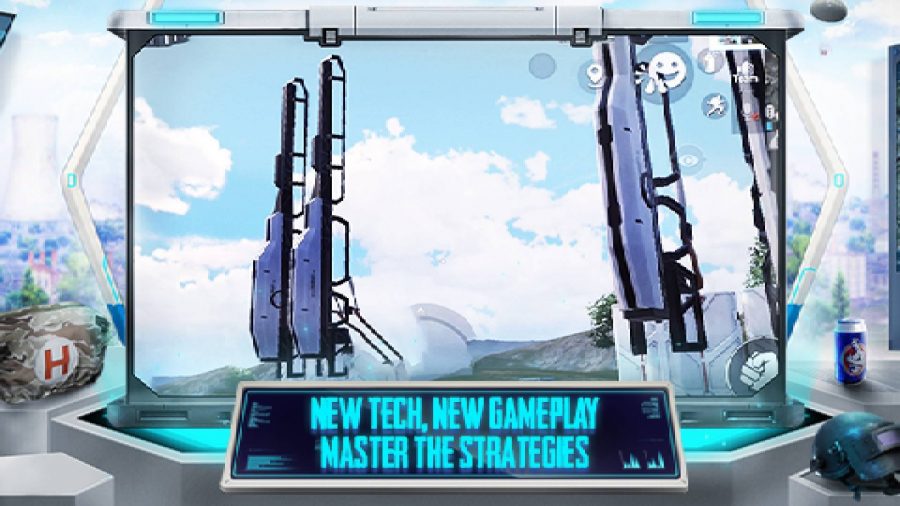 Dynahex has also brought you some up-to-date vehicles and items to make this new experience all the more exhilarating.

Anti-Gravity Motorcycle – an exciting new amphibious vehicle, the anti-gravity motorcycle has two seats and can be used to conveniently travel across the whole map, through every terrain – including water.

Tactical Marking Device  – an awesome new piece of loot, the tactical marking device will now spawn in matches. On equipping it, the position of enemies that have been hit will automatically be marked, and you will also be able to see the status of teammates in the mini-map when they are engaging.

Riot Shield – with a single tap, you can now deploy this riot shield that can block all bullets – just be wary of its durability! Used appropriately, this piece of gear will be a tactical lifesaver.

There are also some handy additions to make your entrance to each match more streamlined.

Jump Marker  – when in flight and jump phases, you can tap directly on the map to place markers. They will appear as columns of light with the name of the destination displayed above them.

Auto-Parachute – there is also a useful new feature which, when enabled, will allow you to automatically parachute to a marked location.

In addition to all of this, you can see a bunch of cool new quality-of-life features, such as flight animations for missiles in air raids to make it easier to judge when they will explode, and an indicator feature that will show the approximate location of grenades that are about to explode near you.

Needless to say, this reimagined, futuristic version of Erangel is a treat for both new players and old, and is bound to see even more success for the legendary title that is PUBG MOBILE. If you want to join the battle and take a look at the new Erangel for yourself, you can download the game from your mobile store of choice today.