Puyo Puyo Tetris 2 is a game that, as the name suggests, combines Puyo Puyo – a jelly-matching puzzle – and Tetris – a block-matching puzzle. But unlike the standard versions of Puyo Puyo and Tetris, this game has numerous modes all with different difficulty modifiers and quirks to learn. Whether it’s enemies throwing items at your carefully constructed wall, or more blocks raining down based upon your opponent’s progress, Puyo Puyo Tetris 2 combines both puzzle modes to maximum effect.

The game also features a light-hearted story – well, as light-hearted as it can be when a cute anime girl is attempting to destroy the world – numerous game modes to keep you entertained, and a funky soundtrack that sticks in your head long after you’ve finished playing. Though, I unfortunately found that the gameplay did become slightly repetitive after playing for a few hours, but die-hard Tetris or Puyo Puyo fans may not find this to be an issue.

The adventure mode has a vibrant, visual novel style and every line of dialogue is fully voiced, which I very much appreciate after playing many visual novels with no voice acting. Much like the original Puyo Puyo Tetris, the story follows Ringo and Tee, friends who must work together to save both of their respective worlds. Each level of the adventure mode breaks up the dialogue with either a match of Puyo Puyo or Tetris, and you will need to sink many hours into this mode to make it to the end of the story.

Solo mode lets you play against up to four bots in a variety of match-ups. My preference in gameplay by far is Tetris, so I appreciated being given the choice to either play on a Puyo Puyo or a Tetris board in all of the modes, regardless whether it was the same as my opponents or not. My favourite solo mode is the fast-paced Big Bang, which sees players completing fairly easy puzzles at lightning-fast speeds.

The multiplayer mode works in a similar way, but of course, includes real people rather than bots. You and your friends can play on a single screen, or compete via local wireless. There is also an online mode where you can play to enter the global rankings. The number of different gameplay styles feels like a lot of content, but if you don’t feel like playing with friends or online, you may be ready to put your console down after a few hours.

For people that are brand new to the world of Puyo Puyo or Tetris, the game offers some extremely in-depth tutorials that cover any topic or struggle you can imagine in game. So even players that may feel apprehensive about picking up the puzzle classic for the first time will quickly get the hang of it. 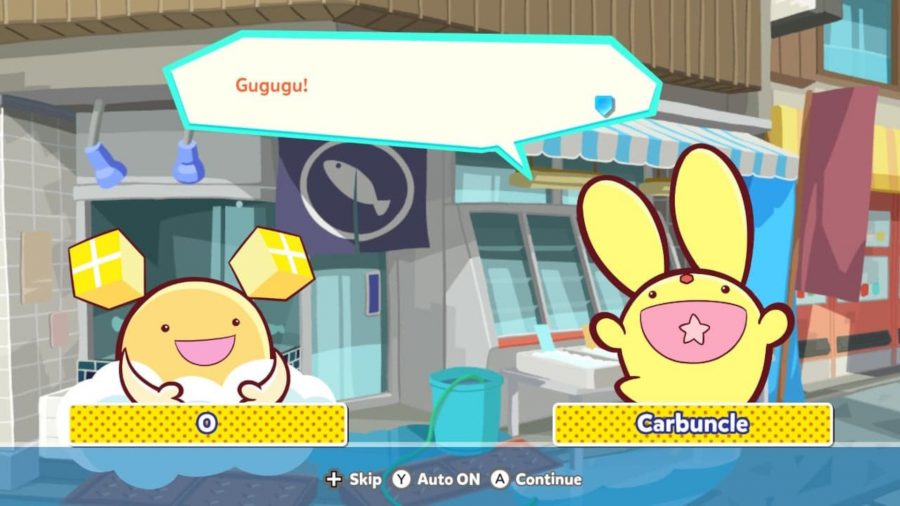 It’s also satisfying to unlock even more adorable characters as you play, along with new music, and stages. I would definitely recommend Puyo Puyo Tetris 2 to someone looking for a casual puzzle game they can easily pick and play for a few rounds.