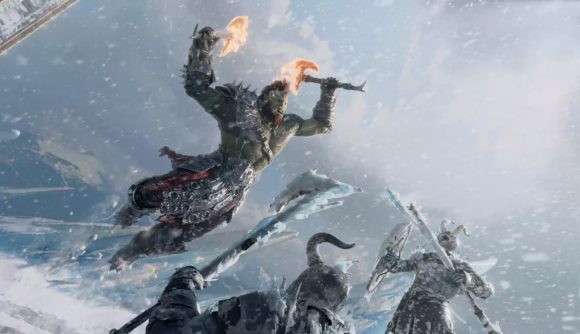 The musician explained on Twitch that he was approached to do “something” for the RPG game but was ultimately put off after finding out more about Raid: Shadow Legends. “I looked up reviews and said ‘I don’t want to be part of this’,” Li explains. “I look up reviews on that game and go ‘that’s not a game, that’s just trying to feed people’s gambling addiction – trying to make people gamble, trying to make you gamble your money away’. So I said ‘no thanks, we don’t need your money’.”

Li was then asked by his chat how much money he offered to do the gig, to which he replied that the developer was offering $999,999.99. We would, er, not read into that exact sum too much. You can check out the full clip below if you’d like to see it for yourself.

While Raid: Shadow Legends is free-to-play, there are various ways you can spend money in-game. One of the main ways is buying shards to summon new champions at random to add to your squad. Four types of shards differ in rarity and quality of champion they may spawn.

The lowest level of shard drops for free every eight hours while the rarest can’t be bought unless they are a part of a specific bundle. If you want to get shards quicker, though, you can do so by spending money. You can also purchase in-game currency to snag energy and XP boosts alongside levelling potions.

If you’d like to check out more games both similar and different to Raid: Shadow Legends, we’ve collected the best mobile RPGs together so you can do just that. We’ve also got a separate list for the best mobile MMORPGs if that’s more your thing.