The Razer Hammerhead True Wireless Pro packs a unique combination of gaming and audio credentials. Imagine a set of slightly cheaper (£200/$200) and platform-agnostic Apple AirPods Pro, but with additional gaming-focused features, and you won’t be far off the truth of the matter. They address a glaring flaw with the vast majority of wireless earphones: latency. Pop in your average set of wire-free buds, and the chances are you’ll notice a clear lag between the action occurring on screen and the resulting sound playing in your ears.

Razer addressed this shortcoming with its first set of Hammerhead True Wireless, which utilised Bluetooth Low Latency technology. But they were otherwise pretty basic, lacking proper sound isolation and active noise cancellation (ANC). The Razer Hammerhead True Wireless Pro has got the same low-latency credentials as its predecessor, but it comes with proper squishy earpieces, ANC, and sharp THX-tuned sound. The results are very impressive indeed.

Razer hasn’t tried anything fancy with the design of its earbuds, sticking with the AirPods Pro blueprint. You get small barrel-shaped earpieces with faintly oval in-ear buds, and long stalks that drop down over the side of your ears. They’re more functional than stylish, with a splash-resistant IPX4 rating.

They make for a comfortable fit though, aided by the provision of a whopping seven tip types of various sizes and materials. That includes a single set of high quality medium Comply tips, whose memory foam-like nature molds perfectly to the shape of your ear canals for the best sound profile.

Simply pop the ear pieces into the included charging case, leaving the lid open, and they instantly enter pairing mode. You’ll then find them in the Bluetooth menu on your phone. I tested with both an iPhone and several Android phones, and all hooked up seamlessly, though you can only connect to one device at a time.

This platform-agnostic approach extends to the exact same Razer app being available on both the App Store and the Google Play Store, which isn’t always the case. The app itself is unusually customisable too, and you can easily remap the touch-sensitive buttons as you see fit. 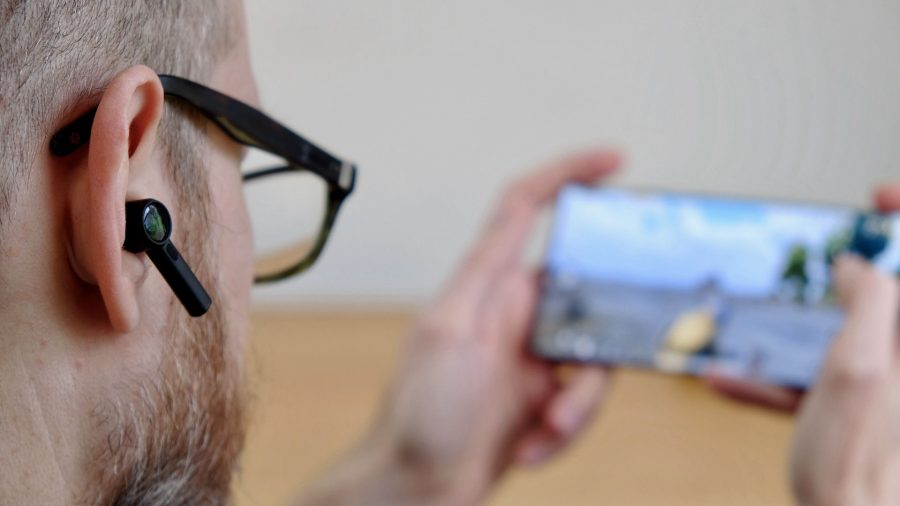 Gaming mode is activated with a triple tap-and-hold of either earpiece. In a round of PUBG Mobile, I was struck by the responsiveness of the Hammerheads, with gun shots and footsteps registering to a much more immediate degree than most rivals. It’s not quite instantaneous, as with a set of wired headphones, but it’s eminently usable.

Unlike with the original Razer Hammerhead True Wireless, I didn’t find myself reaching for my Sennheiser Momentum True Wireless 2 when it came time to listen to some music. Don’t get me wrong, I still prefer the poise and nuance of those earphones in non-gaming situations. 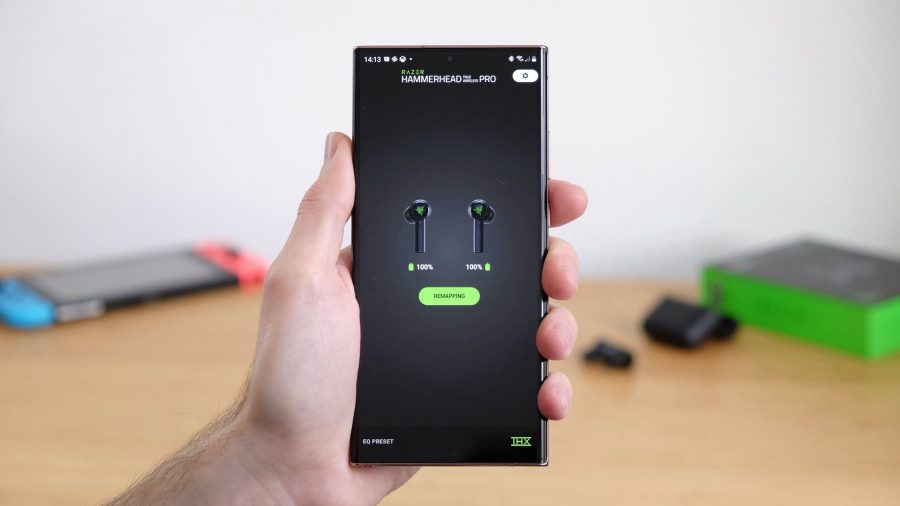 But the point is, the Razer Hammerhead True Wireless Pro does a great job with its balanced sound, making it a decent pick for covering any media type. This is a rare set of headphones to secure THX certification, which means they’ve been specifically tuned to sound great – and not just when you’re stalking a friend in Among Us. Lows and mids are prominent, but higher frequencies are well represented too, so vocals don’t get lost in the mix.

Elsewhere, the Razer Hammerhead True Wireless Pro’s active noise cancellation is far from class-leading. Next to the Sennheiser Momentum True Wireless 2 and the Oppo Enco X, they let more ambient sound in, and they don’t have multiple gradations like the latter. The effect is serviceable, but nothing more.

Battery life isn’t spectacular, with four hours from the buds and a further 16 from the charging case. But it’s perfectly viable for several days of heavy gaming. 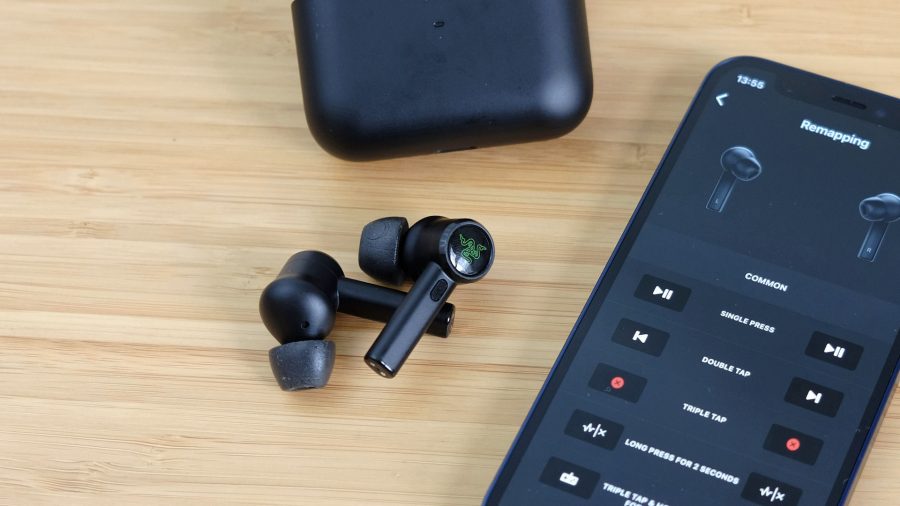 For those who spend a significant amount of time gaming on their phone while out and about, the Razer Hammerhead True Wireless Pro is among the best in class. They’re not cheap, but for the money you’re getting a rare set of true wireless earphones that does everything to at least a reasonable level – especially gaming.