Reigns: Beyond was one of the most refreshing games I played last year; a hilarious no-holds barred mystery tour through the wildest reaches of space, as you and your band try to etch your name across the stars. During your journey to achieve fame you encounter strange alien creatures and planets, repeatedly finding yourself in life and death situations, and more often than not, you do die. It’s no coincidence that the tagline for our Reigns: Beyond review was “live fast, die lots”.

But the perilous scenarios and frantic improvisation of Beyond lend themselves perfectly to the series’ signature mechanic. Reigns is a card game where you interact with the world in a binary manner, flicking left or right to select one of two options. This means that you often lack complete control; you can’t stop the ride, but you can at least make sure you don’t crash into that wall just yet.

This feeling of riding on a runaway spaceship, tearing through the stars really fits with Beyond’s musical themes, and feels pretty rock ‘n roll, as decisions fly at you thick and fast, and you swipe them aside often on impulse. But another thing that makes Beyond special is how simultaneously surreal and hilarious it is, drawing from the wackiest realms of sci-fi. I spoke to one of Reigns: Beyond’s writers, Xalavier Nelson Jr. about the game’s influences, and working with such a weird yet wonderful world.

Pocket Tactics: Reigns’ card system really lends itself well to deadpan humour, seeing as you can only answer affirmative or negative. What was it like writing for a system like that? Did you find it helpful in creating Beyond’s funny situations?

Xalavier Nelson Jr: The theme of ‘interstellar rock band’ really helps here. Much of the narrative we see in music biopics is avoiding your increasing notoriety–or playing into the legend, even if it isn’t quite true. Reigns games have always been playfully expanding what can be done with the central interaction of swiping right and left, so taking that into the realm of space duels and press interviews alike just made sense!

A lot of the stuff I submitted was weird as hell, so working with a team that was both deeply supportive, and extremely knowledgeable about whether a context tweak would still support the core experience of the series, made Reigns: Beyond an especially safe environment to experiment within. 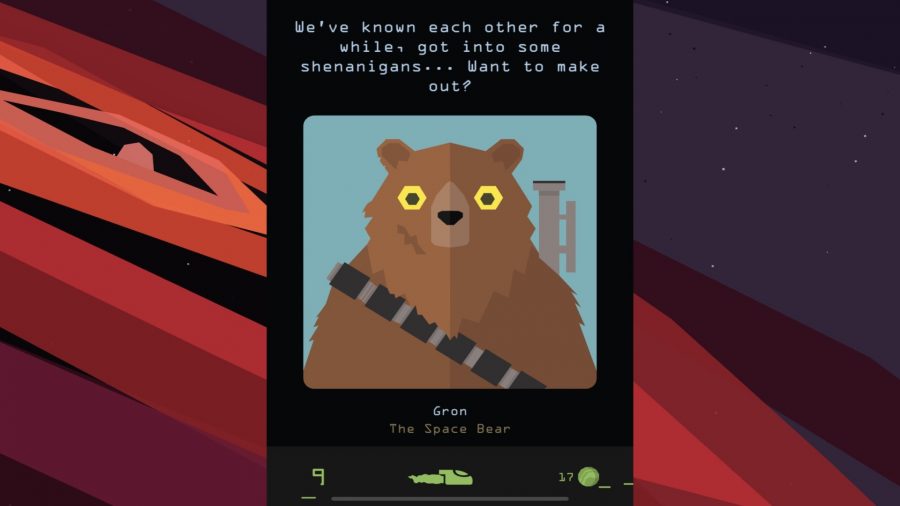 PT: It seems like Beyond has a wide array of sci-fi influences, like how Gron the Space Bear has Chewbacca’s bandolier, and that the game is filled with crazy sci-fi plotlines where everyone basically dies all the time. What were your influences in writing it?

XNJ: My biggest influences were actually the first cards written for the game! I came in mid-way through the project, and absorbing the scale, scope, and tone of the universe Nerial was already building was the greatest foundation I could ask for. I took those lessons, looked inside my heart, and used the powers of sleep deprivation to find ways to make that world even more strange and nuanced.

Music has intertwined with cosmic themes for centuries, and there’s so many ways Reigns: Beyond enables new, weird things to exist, we could (and did) pull influences from… literally anything. Including nature! I have no explanations for the ad revenue-fueled vampire eggs, though. 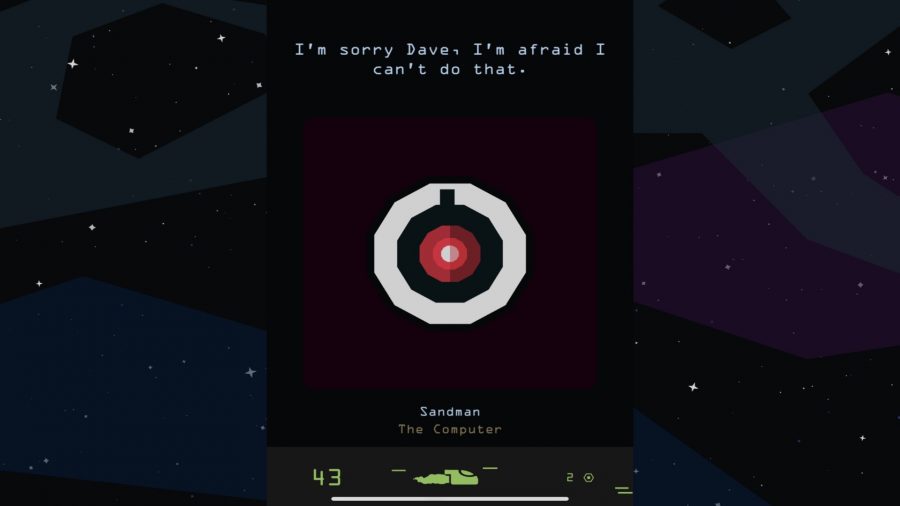 PT: Reigns’ card system feels frantic and improvisatory at times, as you try to deal with the situations that present themselves. Do you think that lends itself well to Beyond’s rock n’ roll tone? Making fun impulsive choices, and worrying about consequences later?

XNJ: Luckily, Nerial has already made three games like this. The amount of confidence and knowledge the entire team has in that regard is like a giant safety-net for knowing what the game needs to reach the point it has to be at. Frantic improvisation around near disaster, with intermissions of long-term strategy, is very much the point of a Reigns experience, in my opinion. If you can’t have fun with the void of space, what can you have fun with?

PT: Who is your favourite character in Beyond?

XNJ: Honestly? The Space Bear. He’s an irresistibly handsome, absurdly large on-again off-again frenemy, and one of my favorite characters I’ve ever written. He keeps popping up across the universe to throw a wrench in your day. And, no matter how much he screws you over, he does so with such blatant, unrepentant attitude, that you can’t help but love him! 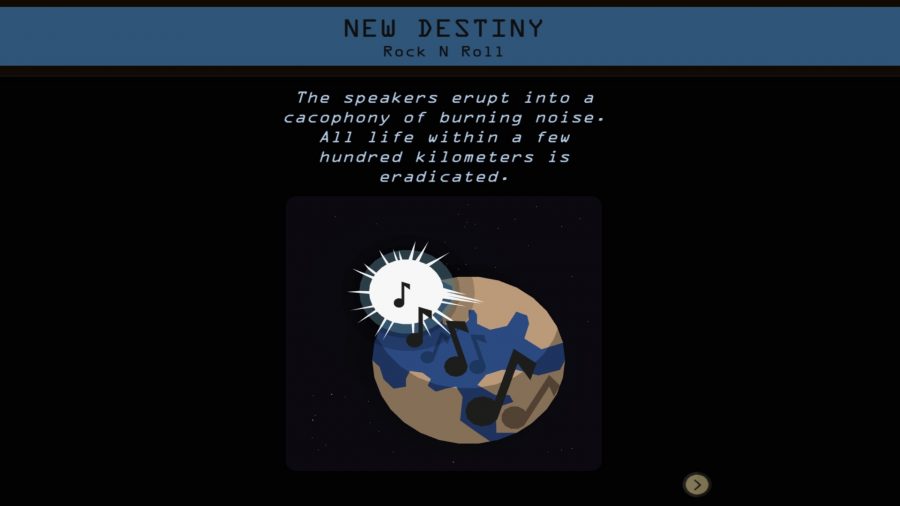 PT: One of the most unique things about Beyond is how fun dying is, because the circumstances surrounding each death are generally hilarious and sudden. Is there a value to making death fun?

XNJ: Death is just another opportunity to deliver a distinct emotional experience to your players. I think roguelites in general have done a lot to make the development community recognize the value in what happens between deaths. That said, death itself is still treated in a fairly boring manner.

We put a lot of effort into ensuring every death in Reigns: Beyond is sudden, freaky, interesting–and wrapped in intriguing circumstances that make you immediately wonder what comes next. Death isn’t the end of your story; it’s an enticement to see that story continue. That approach keeps people playing, and it’s fun to build.

You can find Reigns: Beyond on Apple Arcade.