It’s difficult to describe exactly what Rip Them Off is. In some ways it’s a management game, as you build stores and make money from passing shoppers, but in other ways it’s a puzzler, challenging you to hit monetary targets by performing correct combinations. It’s also a tongue-in-cheek satire of corporate greed, pushing you to meet ever-more ridiculous targets, squeezing every last cent from store-goers.

But I think the best way to describe Rip Them Off is actually as a rhythm game. Using the well-recognised visual style of famous 60s artist, Saul Bass, and a jazz-orientated soundtrack, the game pushes you to try out various stores in an attempt to match the rhythmic foot-fall of shoppers

The name of the game is emptying these store-goers – or ‘dupes’ as the game calls them – of their hard-earned cash, by placing stores of appropriate size on various city thoroughfares. Sounds simple, no? Well it’s actually a lot more complex than you might think. Rip Them Off has a simple concept, but it escalates pretty quick.

Each of Rip Them Off’s nine areas are made up of city streets and potential store locations, and you must choose what to build, and where to build it, in order to maximise your daily take. This is important, as each stage gives you a certain number of days, and a profit margin you must reach if you want to keep the omnipotent ‘Board’ happy.

There are plenty of considerations to take into account when setting up shop – from capacity, to profit, to the amount of time a dupe spends browsing. Generally, the bigger the store, the smaller the profit per dupe. But smaller stores serve fewer patrons at once, meaning dupes will pass them by, and every one you miss is a lost opportunity for profit. Each store is also denoted by a different shape, and costs a certain amount to build. 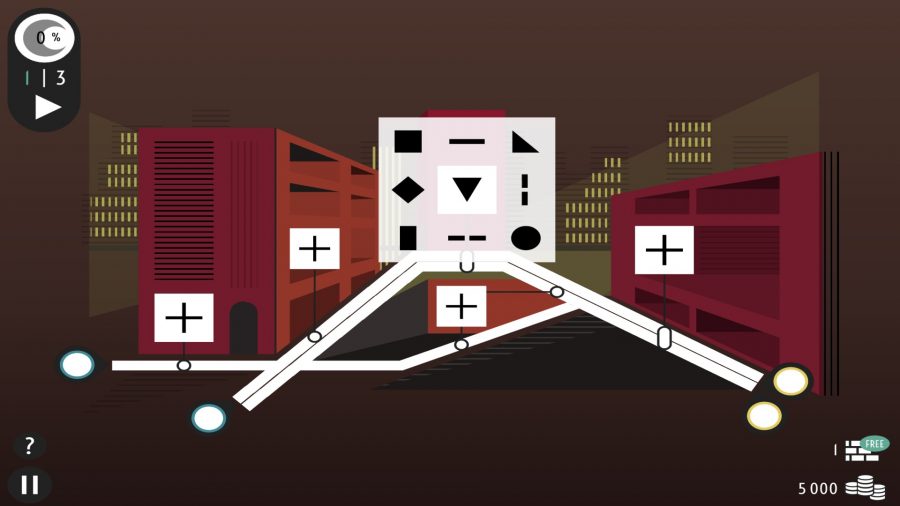 This still sounds pretty simple, right? Well, to further complicate the mix, dupes are discerning and won’t enter the same type of store twice. On top of this, you have different thoroughfares, and dupes coming from different directions at a variety of speeds. Some store locations catch dupes going both ways, while others only serve smaller side streets. Each store doesn’t empty a dupe entirely, either, so to ‘rip them off’ you’ll have to make sure they visit successive stores.

It's a fun and challenging system that definitely takes some learning

The central formula is simple, but Rip Them Off adds plenty of complications to the mix. The late-game even introduces areas-of-effect, such as ‘sales’ which speed up any dupe passing through it. At first, you’ll find yourself thinking the game is easy, but a few levels later when your stores are filled to breaking point, you’ll curse that overconfidence. 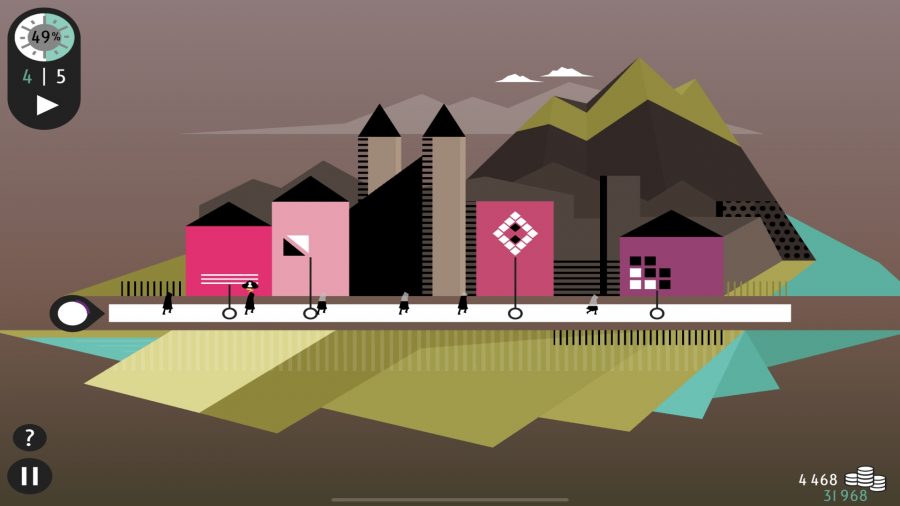 Who is Saul Bass?

Saul Bass was a graphic designer famous for his film intro sequences and corporate logos. The influence of his style can be seen in intros like Mad Men, Catch Me If You Can, and of course, in Rip Them Off

All in all, it’s a fun and challenging system that definitely takes some learning. But Rip Them Off can also feel a little contradictory at times. The art style and jazz-based soundtrack are definitely supposed to convey a sense of improvisation and experimentation, but it’s actually quite hard to experiment in Rip Them Off. Each store you build costs a lot, and changing its type isn’t any cheaper, which kind of discourages trying out lots of different types.

If you fail to meet the profit margin, you can choose to restart from any previous day, but most of the time you’ll find yourself starting from the beginning, since Rip Them Off is the kind of game where you are doomed to failure if you set off on the wrong foot – especially on the harder stages with their small margin of error. 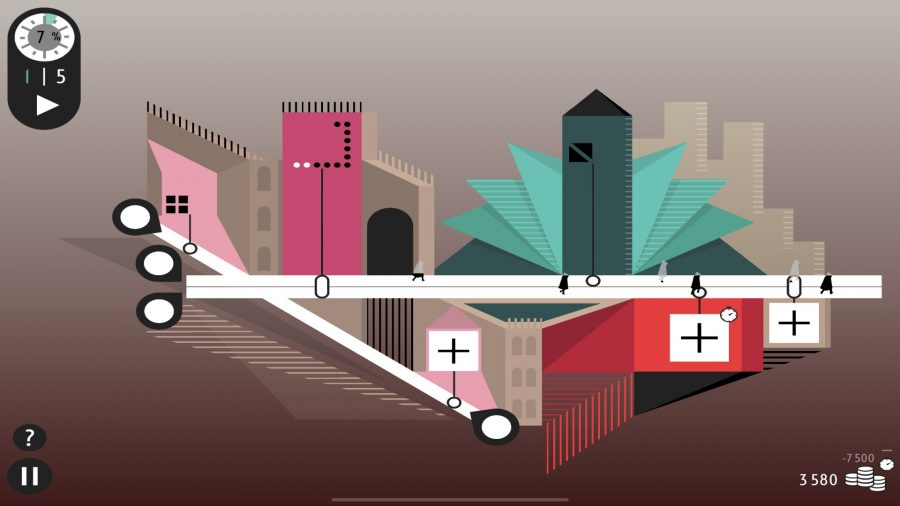 But Rip Them Off is undoubtedly fun when things are going well – when you finally hit your rhythm and dupes are being stripped of all their cash as if on some kind of capitalist conveyor belt. It feels like clockwork. It’s also equally frustrating when you can’t quite find that tempo, or dupes are leaving the level with just the tiniest bit of money still on them.

Rip Them Off is a great combination of a wonderful visual-aesthetic, and a jazzy soundtrack that’s well-measured for repeat listens – which is good, as you’ll be doing that a fair amount. It’s not perfect, but Rip Them Off is lots of fun, and will be a real challenge for any mobile gamer who enjoys management-sim based puzzles.

Rip Them Off review

With a gorgeous visual aesthetic, a jazzy soundtrack, and smart puzzle-play, it's hard to find too much fault with Rip Them Off