The Legend of Zelda: Four Swords Adventures is an absolute classic. Few things are more fun than couch co-op dungeon crawling with your buddies, adventuring across the land and working together to solve puzzles and defeat monsters. That’s not to mention the cool interplay between the GameCube and the Game Boy Advance, as you hook up your handhelds to the main console.

But four swords isn’t on Nintendo Switch, depriving us all from entering the fun-geon with our party of pals. However, that’s where Rogue Heroes: Ruins of Tasos makes its entry, very much wearing its influences on its sleeve.

Ruins of Tasos is a one to four player dungeon-crawling co-op adventure that sees you head to the mysterious and monster-filled isle of Tasos. It has all of the usual Zelda-like accoutrements, including pot smashing, bush slashing, and more torch-based puzzles than you can wave your slingshot at. But Tasos also has both local and online co-op, letting you and your buddies blaze your way through the game’s proceedurally-generated dungeons.

Alas, I had no friends, and seeing as the game isn’t out yet, I was unable to use the matchmaking function. But still, it didn’t stop me setting out for adventure on my lonesome to see what Tasos had in store. The setup will be familiar to most: evil beings called the ‘titans’ are locked away on the island of Tasos by four goddesses, but after the island is colonised and exploited for natural wealth, its balance is fractured. This allows the titans to grow strong and infest the island with monsters.

Fearing the return of the titans, the goddesses guide fledgling heroes to take on the island’s dungeons, keeping those evil giants locked away for good. It’s a fairly generic plotline, but it serves its purpose of giving you a reason to go dungeon diving. In typical Zelda-like fashion you wake in a village to find a well-meaning stranger who immediately asks you to go and risk your life in the nearby dungeon because ‘hey, you’ve already got a sword’. 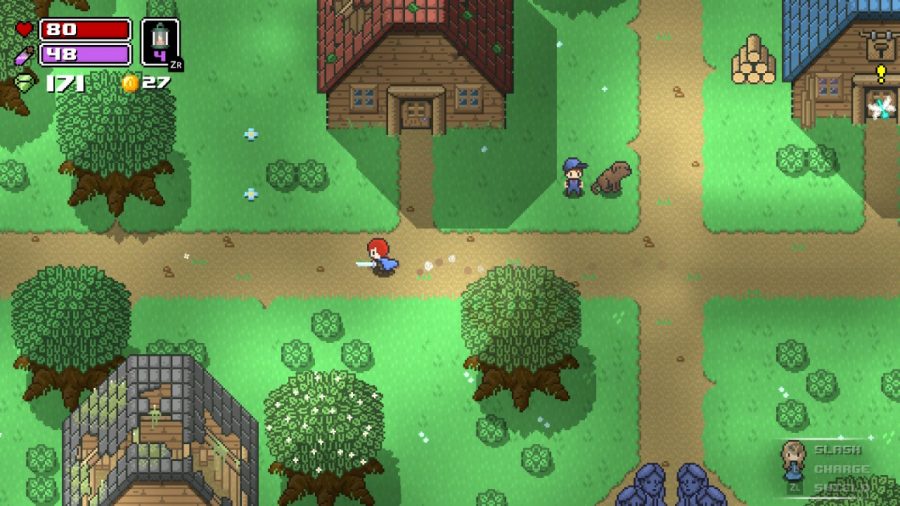 Much of Tasos’s setting and story feels pretty generic and this is what I meant about the game wearing its influences for all to see. The perspective seems to be “if it ain’t broke, don’t fix it” and story and setting only serve to set up your co-op dungeon-going shenanigans. But to be honest, I’m fine with that. Sure, it makes the game a lot less fun to play alone, but it’s pretty obvious that the ideal way to play Tasos is with other adventurers. It also allows the game to hurry up and get you into the dungeons, which is where it really shines.

You delve into Tasos’s procedurally-generated dungeons, hacking enemies, solving puzzles, and avoiding traps as you descend each floor. As with most dungeon-crawlers you die a fair amount, but when you do croak you teleport back to your home with the gems you managed to gather, which you can spend on upgrades. 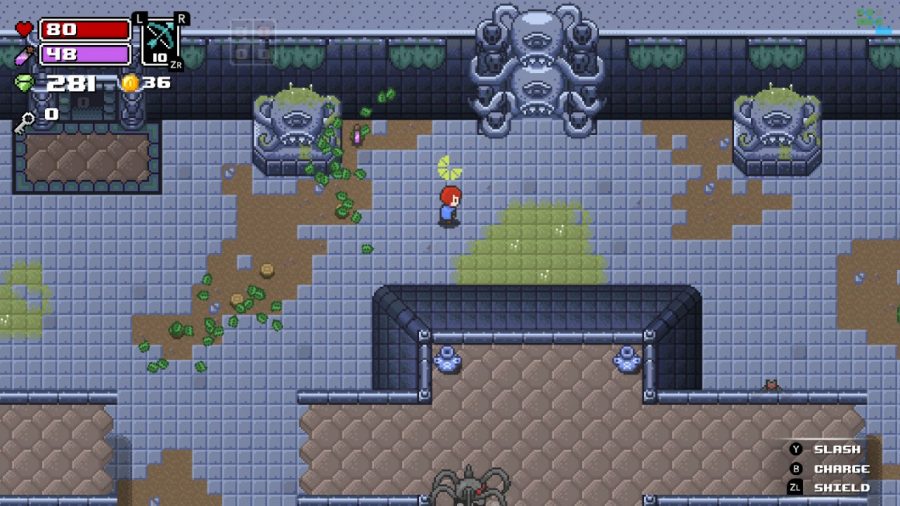 It’s the usual cycle of kill monsters to gather resources, spend resources to get better at killing monsters. But there’s also a fun town development aspect that reminds me of Moonlighter. If you pay that well-meaning carpenter who sent you to your death some gems, he adds new buildings to the ruined village, restoring life to the deserted community. These buildings provide access to new upgrades and classes: the blacksmith, for example, improves your sword attacks, while the tailor fashions outfits that offer you new special abilities such as a dash, a teleport, or a charged spell.

It’s a simple yet addictive formula that any seasoned dungeon-crawler will recognise. It’s also easy to see how these different outfits help players create a well-rounded party of adventurers with myriad ways to approach any dungeon dilemma. In terms of the actual combat, Tasos is also appealingly straightforward. You slash with your sword and block with your shield, depleting a stamina meter. But items such as grappling hooks, boomerangs, bows, and spells all use a pink mana bar. You also have a special ability that varies depending on what outfit you wear. 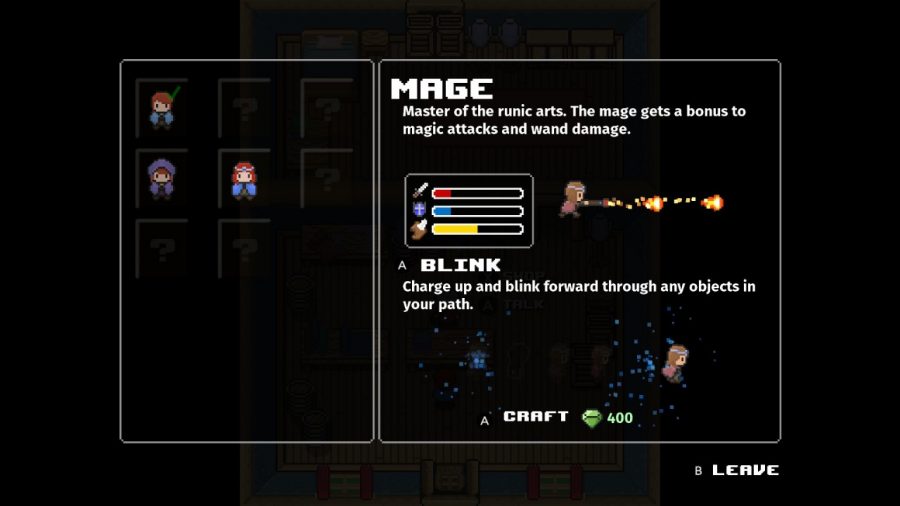 On the whole I was pleasantly surprised by Rogue Heroes: Ruins of Tasos. I went in expecting a fairly generic dungeon-crawler, and while the setting and story still only really serve as context, the dungeons themselves are lots of fun. I rarely found myself in the same room twice, and enjoyed how each feels like a one-shot. I can see how Tasos would be a lot of fun with three other friends working through each room, fighting monsters and quickly solving simple puzzles.

I still don’t think Tasos is especially engrossing as a single-player game, beyond simply a bit of dungeon-crawling fun. But as a co-op experience I absolutely recommend it if you’re looking to form a party with your friends and engage in some dungeon-delving tomfoolery.

While not the most engrossing single-player game, Ruins of Tasos is a great co-op dungeon-delving setup. Now just to find someone to play with...