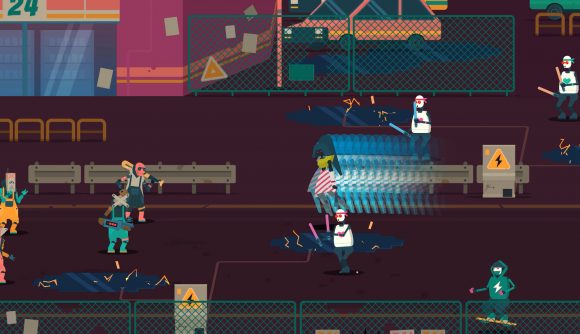 Apple Arcade has a brand new title in the form of Scrappers, a multiplayer beat-’em-up in which you literally clean up the streets as a team of robot garbage collectors. It takes place in the future, after humanity has destroyed itself. We thought it was a great idea to fire all of the world’s rubbish into space in a rocket, which subsequently crashed down and destroyed the planet.

Skip to the not-so-distant future and robots have taken over. Trash has become a valuable commodity; so much so that rival gangs now stalk the streets looking to keep it all for themselves, and you have to fight them off as you complete your daily rounds. You can partner up with three other players in multiplayer, or go it alone across the game’s over 20 different stages.

There are two key components to Scrappers: cleaning up the streets and beating up any fools trying to stop you. You run around picking up trash and passing it to your teammates, who are carrying a huge stack. The larger the stack, and the more you work together as a team, the greater the rewards.

Then there’s the combat, which should appeal to fans of Streets of Rage. You perform a variety of different combos and attacks, whether it’s with a weapon or your fists. You can unlock new weapons and ‘Scrappers’ (playable characters) by getting high scores, which also provides custom parts that you can use to tweak your garbage truck.

Aside from the lengthy campaign, there are a bunch of minigames to participate in, which you unlock by completing levels on a Super Mario World-style map. There are four different areas to travel through, which are wholly different from each other visually. 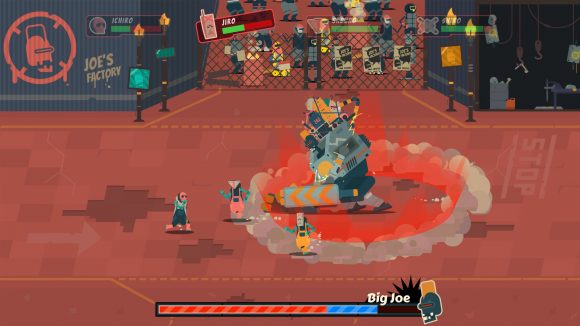 If you think you have what it takes to clean up the city of Junktown, head on over to the App Store right now and download it. You’ll need an Apple Arcade subscription to play it.