Sea of Solitude follows the red-eyed Kay, a young woman cast adrift in a sunken, pastel-coloured German city. It’s clear from the get-go that she’s having a hard time remembering how she got to this point, and such confusion isn’t helped by the strange creatures and giant bird now stalking the sea and air, not to mention the fact that Kay herself is seemingly becoming one of them.

These monsters are well known to her – they’re literalised depictions of her younger brother, parents, and partner. As time goes on, you’ll guide them all to tidy personal realisations, which, in turn, leads Kay to several of her own.

This approach paints a picture of an entire family while also examining Kay’s place within it. It’s a shame, then, that the game consistently fumbles the issues at hand due to some clunky dialogue and rushed representations of loneliness, depression, and mental health breakthroughs. I don’t doubt its sincerity, but whoever’s struggles we may be seeing here seldom translate in an affecting or particularly enlightening way.

The version of Sea of Solitude now landing on Nintendo Switch is an altered director’s cut that features new voicework and a revised script. I haven’t played the original since launch, so I can’t comment on how drastic the script changes are, but I do know that my feelings regarding the narrative’s impact – or lack thereof – remain much the same. 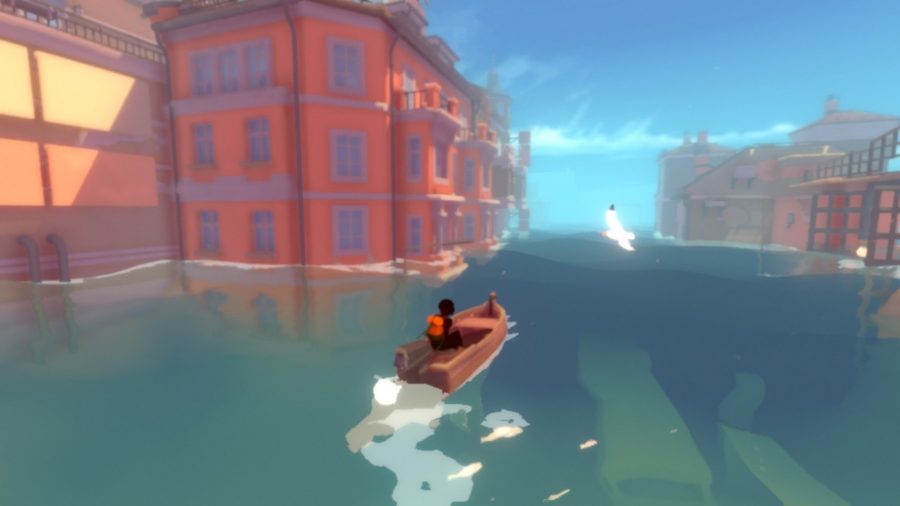 And, alas, many of the 2019 release’s biggest gameplay problems are intact, making this a fun curio rather than a substantial reinvention of the core experience.

It's thrilling until it quickly becomes mundane

The move to Switch fortunately hasn’t dulled the game’s wonderful presentation too greatly. Yes, it appears a little murky when compared to its PS4 counterpart, but the striking use of colour and light, particularly when an unnatural storm suddenly breaks out, still shines through.

Sadly, roaming around this world isn’t quite as enjoyable as simply looking at it. Kay is well-animated and everything functions as intended, but there’s little reason to venture off the beaten path, besides dozens of uninteresting collectables, or any attempt to take alternate routes when sailing. 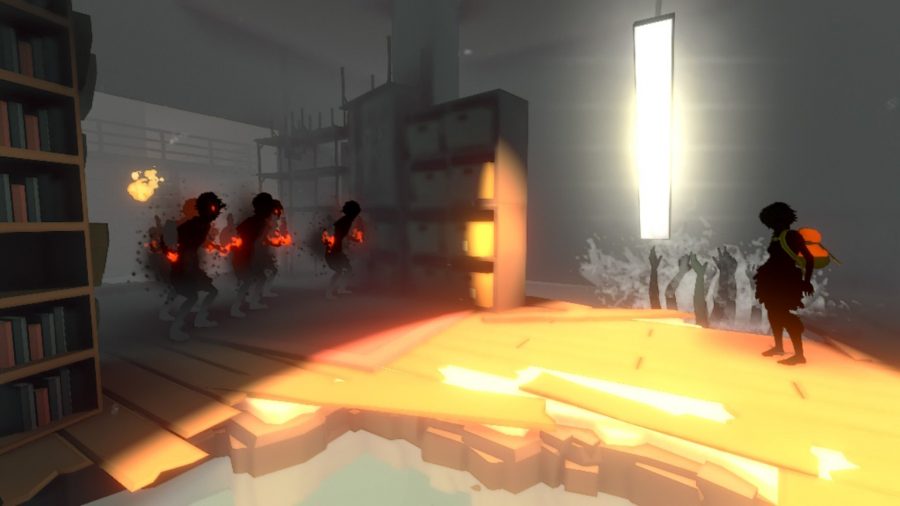 Even Sea of Solitude’s most intense sequences, such as when a giant sea creature gives chase, are eventually dulled by repetition and a lack of interactivity in the environments. These encounters often play out in much the same way, requiring you to stand around for a bit, look over your surroundings for a floating platform to swim to, wait for the monster to clear off, then quickly dive in and make a beeline for safety.

It’s thrilling until it quickly becomes mundane, much like the game’s primary mechanic: the flare. This acts as both a navigational tool and your main means of defence. In one early section, you’re thrown into a school filled with demonic, abusive children. The only way to avoid their attacks and find a way through is to fire your flare into nearby light sources, causing your aggressors to fade away. Even in large numbers, they’re never a substantial or intimidating threat, leaving the potential of this claustrophobic set piece largely untapped. 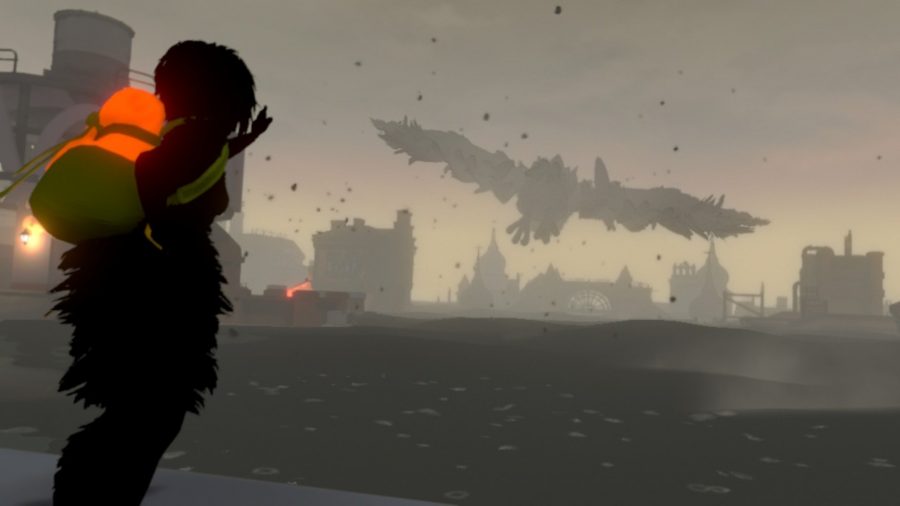 Powerful steam vents are later introduced that can propel you upwards to higher platforms or, if you’re not especially graceful, off the side of a skyscraper. The trouble is that none of these ideas are effectively developed beyond their initial appearances, leading the overly basic platforming challenges and exploration to grow stale well before the credits roll.

The game and its characters speak at you, sharing their struggles plainly, but nothing is ever felt in the moment. Sea of Solitude has the best of intentions – it so desperately wants to lay itself bare to you and impart some hard-learned lessons – but it just doesn’t do its open heart justice.

Sea of Solitude is a game with a lot to say, though it struggles to impart its familiar lessons in an engaging way.