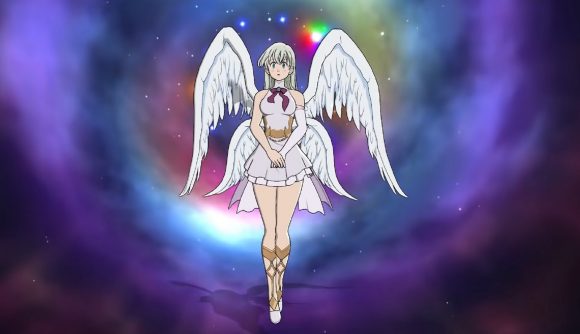 The highly anticipated character Goddess Elizabeth finally makes her way to hit mobile RPG The Seven Deadly Sins: Grand Cross. Her fashionably late arrival (in the western world, at least) comes as a part of the Liones Festival event in the latest update, which went live November 10. Luckily, we’ve got the lowdown and everything you need to know about Goddess Elizabeth and the latest event.

SSR [Holy Warrior] Goddess Elizabeth has previously released to great acclaim and overwhelming popularity in the Korean and Japanese versions of the game. This is likely due to her skills, which include resurrecting allied heroes and creating a shield for herself and her allies, which negates many attacks.

The powerful defensive Goddess will be available with SSR “Virtual Body Doubles” Lostvayne Meliodas via the Liones Festival Draw. Additionally, players will be able to unlock new character SSR [Knighthood of Scraps Disposal] Captain Hawk and five other characters just by playing the story missions. There is also a bingo event and Bartra’s Birthday Quest for time-limited celebration shenanigans. The full information about all of these events can be found just below.

Here is the full list of characters and events appearing in the update: 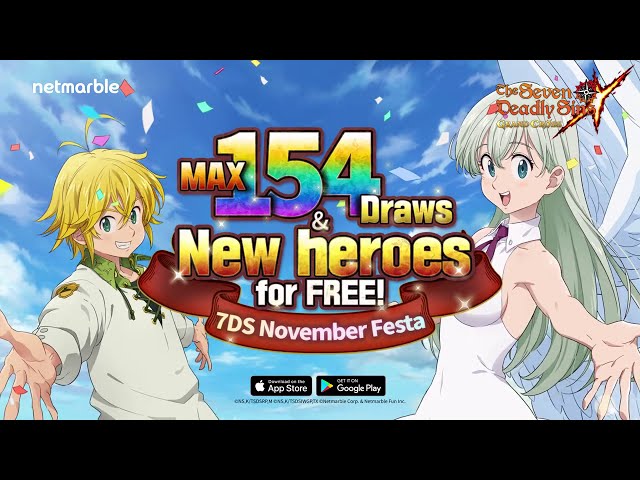 If you like – or like the sound of – The Seven Deadly Sins: Grand Cross, why not try out some of the best mobile RPGs? We’ve carefully curated this selection, so you’re bound to enjoy them.