Shadow Fight Arena is a game about kicking, cutting and stomping the life force out of your foes. But button mashing is only going to get you so far – not very far at all. There’s a finesse to the game that you’re going to have to master if you want to work your way up the ranks and boast to all of your friends about your championship-level abilities.

The game features a massive roster of different characters, each with their own unique fighting style and special moves. You need to pick three of them to take into the arena, then trade blows with other players to find out who’s the best. You’ll have to upgrade your brawlers, and figure out which of the other scrappers they’re strongest against.

There’s a lot more thought required here than just pondering which weapon looks coolest. And that’s where this guide comes in. With these hints and tips, we’re going to give you the knowledge you need to succeed in the cut-throat world of Shadow Fight Arena.

You can grab Shadow Fight Arena on mobile via the App Store or Google Play Store for free. There’s an APK over on APKPure as well, and a PC version on BlueStacks if you’d prefer.

How do I get a taste of Shadow Fight Arena gameplay?

This cinematic trailer explains a lot of the story behind Shadow Fight Arena. Wanna know why fighters from a bunch of Shadow Fight games are getting together? Give it a watch 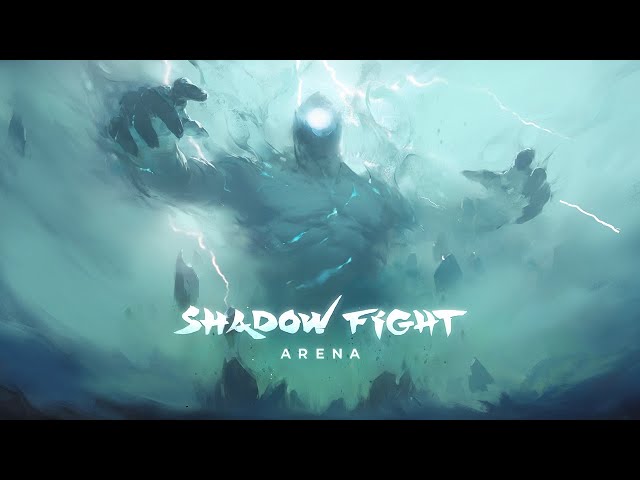 Now, we’ll provide you with all of the tips, tricks, and cheats you need to beat your opponents into a bloody pulp.

Learn about your characters

It’s really important that you understand the strengths and weaknesses of the characters in your team. Luckily, the game allows you to do just that. Tap on a character in your Hero Library, then tap on the Details button. You’ll see a breakdown of the skills of that character, as well as their attack, defence and shadow rating.

Tap the How To Play button and you’ll get a brief description of the tactics you should be using with the character. Tapping on the Training button will then let you try out their moves against a computer controlled opponent. Get comfortable with each character before you take them into the arena and you’ll already have a leg-up on your opponent. 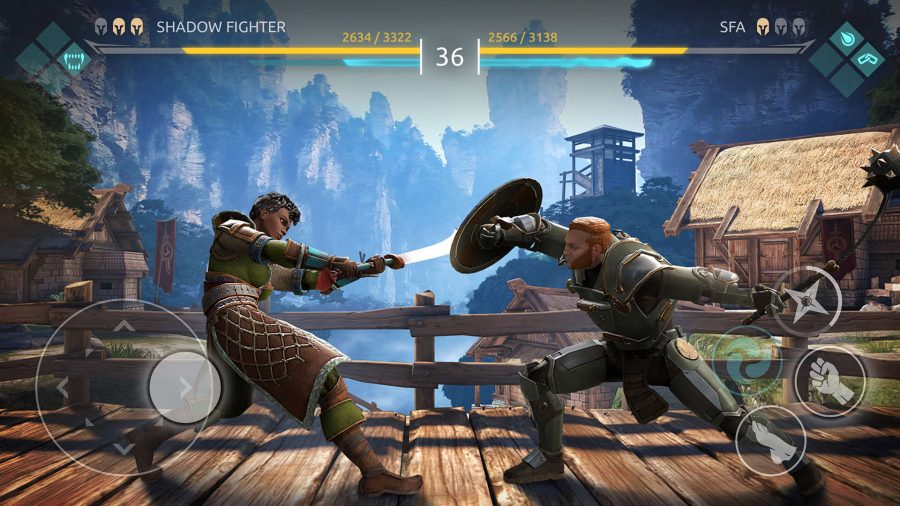 Shadow Fight Arena isn’t a game that favours the bold. Rushing in and swinging your weapon wildly is likely going to see you taking a severe beating. Instead, hang back and wait for the opportunity to strike. When you’re not moving, you’re blocking, so let your opponent throw a few blows and absorb them. Then, when they’re still in motion from their last attack, it’s time to strike.

The split seconds at the beginning and ending of attack animations are the perfect time to destroy your foes. Speedy characters can jump in and hack away before your foe’s attack has had a chance to land. It’s all about timing, and the player who times their strikes better is going to come out on top.

Getting stuck in a corner can often lead to a thrashing, so you should always try to avoid it. You can use throws to reverse the positions in a fight, or jump and roll to get away from your opponent before they’ve got a chance to take advantage. 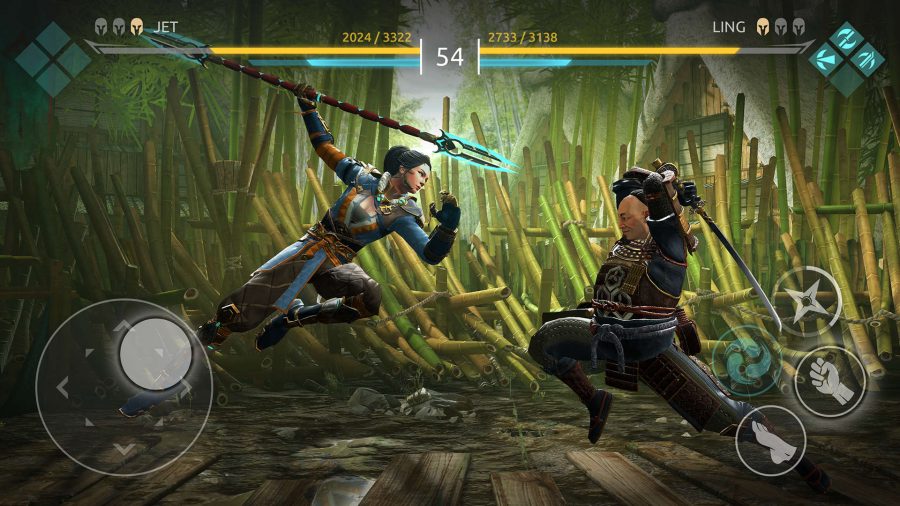 It’s still important to focus on timing if you’re in a corner, though. While it might be frustrating, spamming buttons to try and get out is just going to make the situation worse. Instead, try and remain calm and watch your opponent for the tell-tale signs of an attack. That’s your chance to turn the tables and escape.

Upgrades in Shadow Fight Arena are based on cards you can earn through victories, or buy from the shop. When you’ve got enough cards and coins to upgrade any of your fighters, you should. Even if it’s a fighter that you never use as part of your team.

Why? Well, upgrading characters also upgrades your account level, and that’s going to benefit you in the long run. You’ll be able to unlock and use more powerful fighters at higher account levels, and you’ll also gain a ten percent buff to all of your hero’s attributes every time you gain a level. 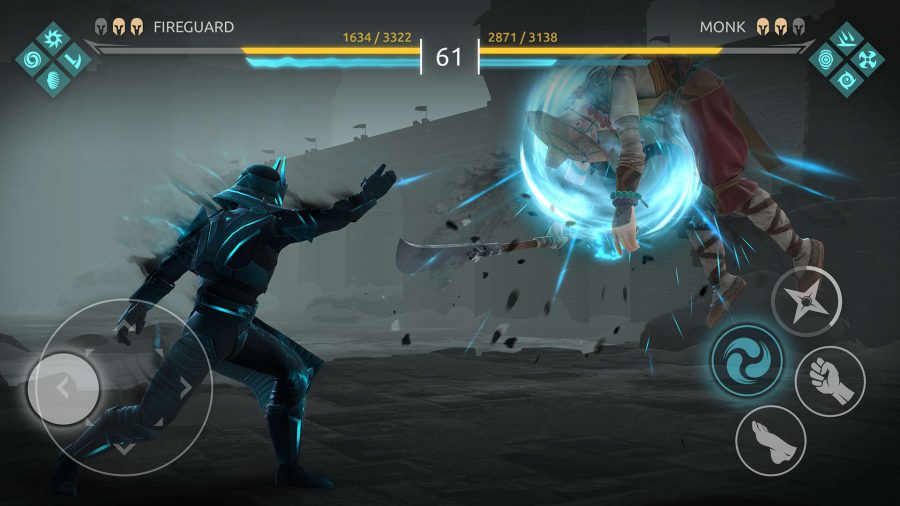 It’s a better idea to have a mix of speed, strength and reach in your team. Think carefully about which fighter to use in which situation, and look at the team you’re coming up against before you decide who to throw into the fray first.