Unknown terrors in the depths of the sea, struggling for air underneath the weight of it all, and the constant push and pull of the ocean’s currents. There’s something so unsettling about the depths of the ocean that makes it a perfect home for horror, and it’s a well that has been mined with great success before.

Growing up, I became obsessed with the movie Jaws. I started reading Peter Benchley’s books, and then became equally obsessed with giant squids after reading The Deep. Many video games offer us a safe way to explore the ocean, allowing us the freedom to explore and encounter friendly creatures, but Silt isn’t that game.

A hand-drawn underwater horror game in a striking black & white style, Silt works in tandem with the creepier elements of the ocean. The darkness of the depths, the monstrous creatures hidden away, and the feeling of helplessness afforded by being so hugely out of your natural environment. While not a terrifying experience (this isn’t a jump-scare horror game, more an unsettling experience), Silt still manages to create a truly unnerving world that I adored exploring.

Upon booting up the title, Silt immediately hits you with its monochrome presentation and an intricately hand-drawn art style that brings to mind the obsessive squiggles and concentric circles of horror icons like Junji Ito. You take on the role of a wordless diver, exploring deeper and deeper below the surface to uncover the mysteries of this world. Most areas are filled with snaking tendrils and the remnants of sea creatures, though the odd piece of architecture hints toward a sunken history that seems almost occult in nature. 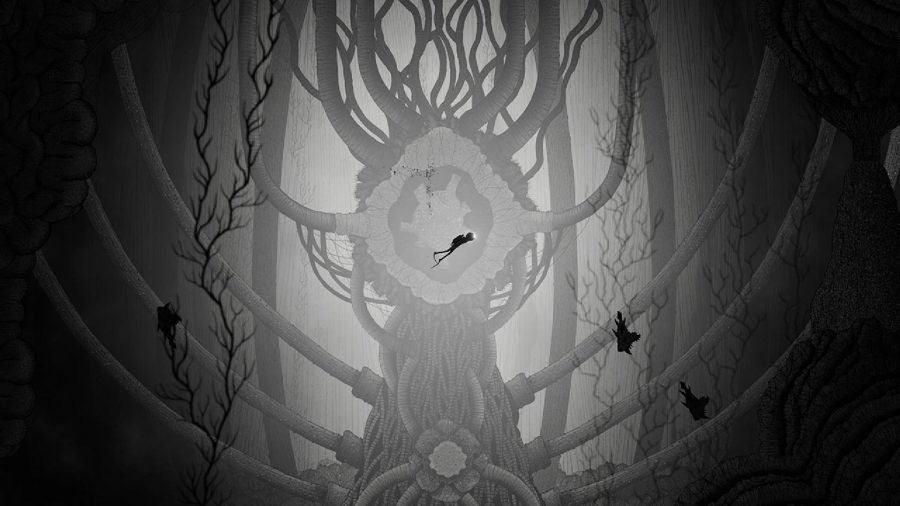 If you want to be really simplistic about this, imagine an underwater Limbo, and you’re on the right lines. But Silt does so much that surprises the player. I was constantly finding new gameplay elements up until the very end, and having my brain tested in ways that felt so satisfying yet simple once it all finally clicked.

The main gameplay here is swimming underwater, but your diver can also possess sea creatures. Using the ability sends a glowing white arm of energy outwards until it touches a fish or sea creature, upon which you gain their abilities and play as the aforementioned beast. Small fish can dart around, some can snap rope with their teeth, and some can nudge loose rocks with their bodies. There’s a lot to discover, most of which I don’t want to ruin. 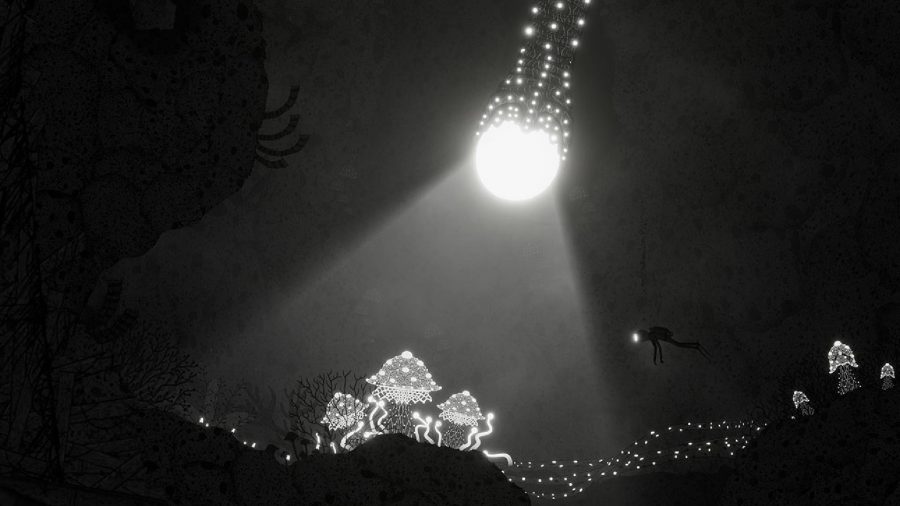 Importantly, there are no timers in Silt. You won’t ever run out of air, and you’re rarely chased by things or hit with any real sense of urgency. Each room is a large puzzle to slowly solve, set against the unsettling backdrop of an oppressively gloomy, colourless, underwater space. Platforming is still essential, as you squeeze through gaps laden with spiked branches and the snapping maws of hideous ocean organisms. But together with the puzzle elements provided by jumping between animals and abilities, there’s a really fun mixture here.

While I did say there isn’t any real horror here, despite a clear artistic influence from artists like Junji Ito, H.R. Giger, and others, both the designs and the sheer scale of the creatures work to create tension and an unnerving undercurrent that kept me alert and engaged throughout. You find ever creepier creatures as you descend further into the depths, and some fill the screen with various limbs and – uh – dangerous parts. I loved the design of these, and while it was often terrifying, uncovering new monsters was a delight. Especially once I discovered how to dispose of them and continue my journey. 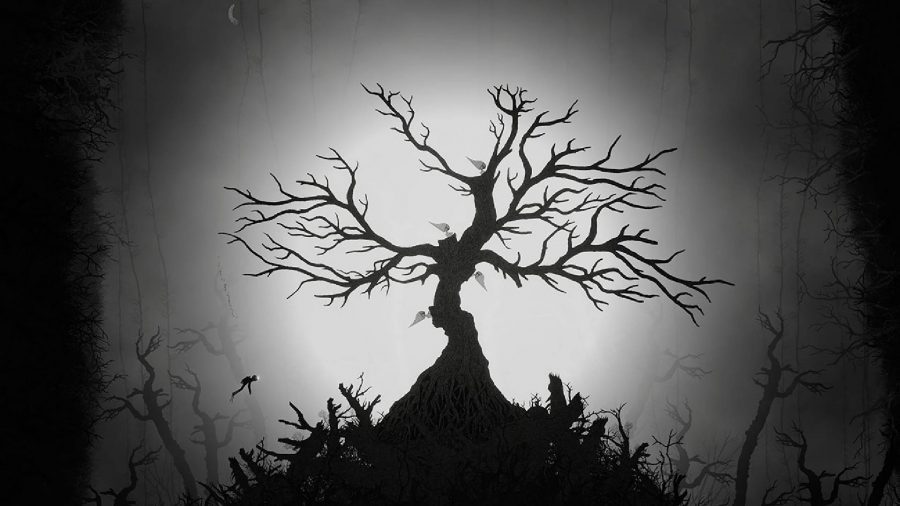 The other side of the adventure is an occult or otherworldly element that’s told without ever saying a word. I think the intention here was for players to fill in their own ideas of what these remains mean, and the diver’s place among them – I always appreciate a title that gives you just enough to start asking questions without ever having to spell things out. Smarter people than me will no doubt figure something out, but I know I already have my theories.

Silt is a fairly short game, probably doable in a couple of sessions, but I think it stuffs a lot of creative uses of its gameplay elements into its run time. The staggered introduction of new fish to control and foes to best was laid out well enough to slowly tease me forward my entire playthrough, though I seriously hit a wall a couple of times when trying to solve some puzzles. If you have patience and some brains, you’ll be fine, but I spent a little too long in some areas trying to piece things together until finally, the answer clicked. 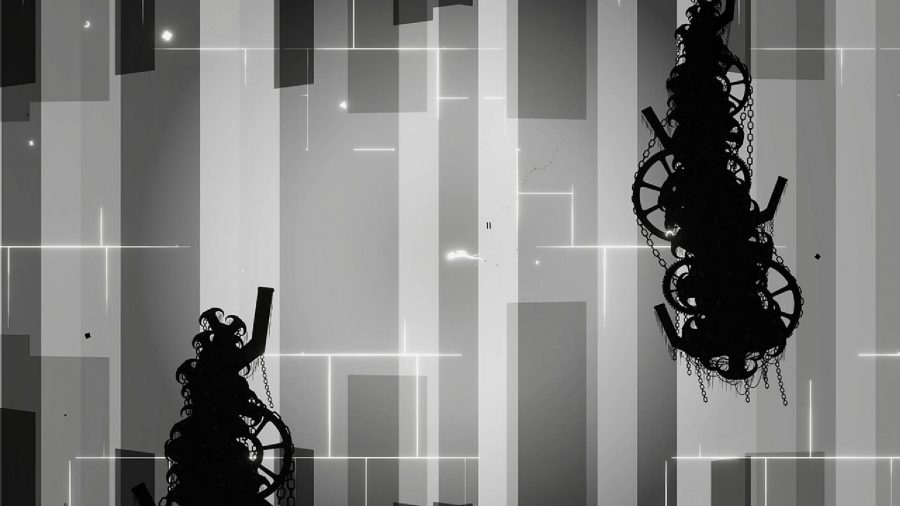 This is one area where both the game’s art style and the wordless approach are bound to be divisive. I certainly appreciated the commitment to this monochrome art style and the way that layers of the world shift against each other looks fantastic. Especially on the Switch OLED, the deep blacks just pop, and it makes the dim light of the diver’s helmet filling the darkness that much more ominous. But with zero hand-holding, no hints, and very little to go on, I think some people (like myself) will spend a long time bumping around in the dark and could get easily frustrated.

I will also say that mechanically, while I wanted to experiment, one thing that was frustrating is that when you die, the entire room resets. If you’re a couple of elements through a puzzle that clearly needs a few minutes and various mechanisms to be moved, dying simply resets the entire room, and you’ll be back to square one. I’m sure instantly getting to try again would make things too easy, but I sometimes didn’t feel rewarded for being curious and trying to solve puzzles. Instead, I felt robbed of my hard work. 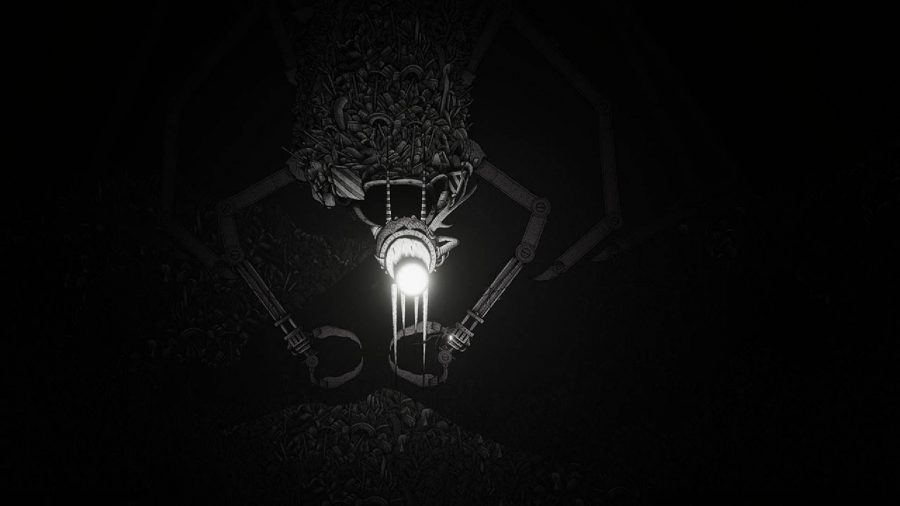 But in contrast, the murkiness of the world, the helplessness felt by the lack of assistance, and the constant feeling of dread… all came together beautifully for me. I liked feeling curious, I liked having to explore and pay attention, and while I wish I hadn’t been frustrated quite so many times, it’s a necessary trade-off to create a world that works this well. The gorgeous hand-drawn art, the frightening fish in every corner, and the subtle hints at a larger mythos under it all. If you have the patience to play Dark Souls and are looking for something different? You just might fall completely in love with Silt. 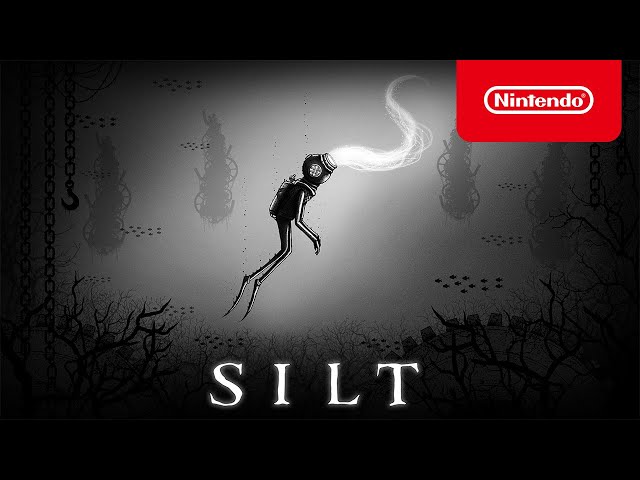 Feeding my obsession with horror and underwater creatures beautifully, Silt is host to an ominous and often uninviting world that dares you to explore it. Controlling different creatures feels great, and avoiding the many monstrous creatures while plotting your adventure is consistently satisfying, if occasionally slightly obtuse. A confident puzzle platform with some excellent world-building, any horror fan will happily get lost at sea with this one.

An underwater adventure with a sombre twist, Silt is host to some fantastic platforming and puzzle-solving that dares you to explore its terrifying depths even further. Not everyone will have the patience to uncover its mysteries, but those who do will be rewarded.