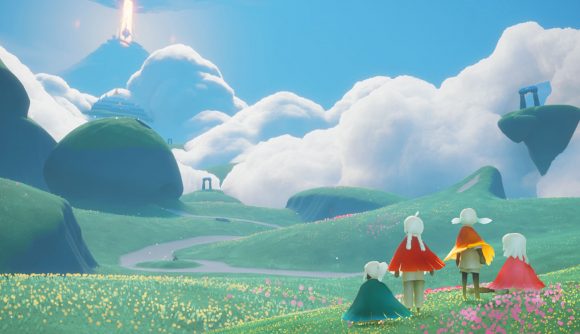 Sky: Children of the Light was one of 2019’s biggest surprises. It arrived on iOS back in July out of nowhere, and with very little fanfare. That’s very surprising when you consider that it’s a spiritual successor to the groundbreaking Journey, which took the PS3 by absolute storm.

Pop Journey and Sky: Children of the Light side-by-side and you’d be forgiven for confusing the two. Both feature incredibly expressive movement mechanics, allowing you to slide down sandy dunes and grassy hills, or soar through the sky. Equally, both feature hauntingly stunning, if very different, enviornments. Sky is pretty much the antithesis of Journey when it comes to the environments, trading the barren dusty desert for a variety of picturesque worlds in the clouds. You’ll explore enchanted forests, rolling hills of clouds, and wide-open grassy fields.

Sky also expands on the social mechanics; so much so that you could get away with describing it as an MMORPG-lite. You explore the different realms alongside a bunch of other adventurers, and can communicate with them in a wide variety of different ways. Typically with unlockable emotes though.

This leads to some wonderful moments. Each of the worlds has a bunch of secrets to encounter, and you’ll need to work together as a group if you want to discover everything. You might just wander around enjoying the scenery, when a random adventurer beckons you over. Explore with them and you might encounter a tricky puzzle that you can solve together for a shower of rewards. It’s wonderful stuff.

But what of those rewards? Well, they’re often cosmetic in nature, allowing you to customise your character in numerous different ways. You can change your clothing, adjust your hairstyle, perform a number of different emotes, and more. Many of these are tied to seasonal events, which run regularly and reward you for performing specific actions. 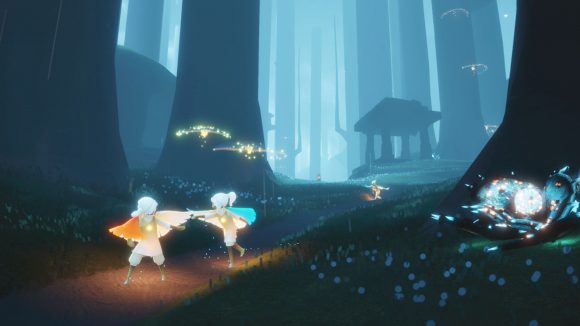