It’s amazing how the quality of a port can affect your feelings towards the Nintendo Switch. Play a first-party title, like Breath of the Wild, Mario Odyssey, or Animal Crossing, and you wonder why you bothered with a PS5 or Xbox Series X in the first place – a feeling doubled when in handheld mode or on a Switch Lite. Portable, the big consoles are not.

Play a bad port, though, and the doubt starts to creep in. How much longer can the Nintendo Switch survive against such behemoth competition? Well, don’t lose sight of the fact that the Switch already has a bevvy of ‘impossible’ third-party ports, like The Witcher 3, Doom Eternal, and Warframe that, while not up to the same standard as their PC and console brethren, are more than good enough when taken on the go.

It’s ports like these that make Skyforge, the latest third-party Switch port, all the more difficult to swallow. If we can explore the world of The Witcher in around 720p/540p at a near-locked 30fps (outside of Novigrad, anyway), then why do the comparably small levels of Skyforge struggle to run with, quite frankly, PS1 visuals?

It screams of lazy port, like developer Allods Team simply turned the resolution down until it ran comfortably enough on Switch and left it at that. That wouldn’t be such a big problem if it actually ran well, though. It doesn’t. For one, textures take an age to load, leading to alarming moments where the floor simply vanishes. I know we’re supposed to be gods, but come on!

the actual game underneath is a decent fit for Switch, which is crying out for an MMORPG

Then there are the sound errors, which are the largest issue and then some. During the game’s busiest scenes (or when chilling in the hub), the sound constantly cuts out and skips, like it simply can’t keep up with the on-screen action. I’ve also experienced skips and freezes, dramatic frame-rate drops, and even a crash. It feels like Skyforge is just buckling under the pressure to run on the Switch.

And it’s a shame because the actual game underneath is a decent fit for Switch, which is crying out for an MMORPG. You play as an immortal, or god, who is tasked with saving the world from some kind of demonic invasion. After a brief tutorial where you rise from mortal to godhood, you get to pick your class, learn how combat functions, and explore the hub zone. 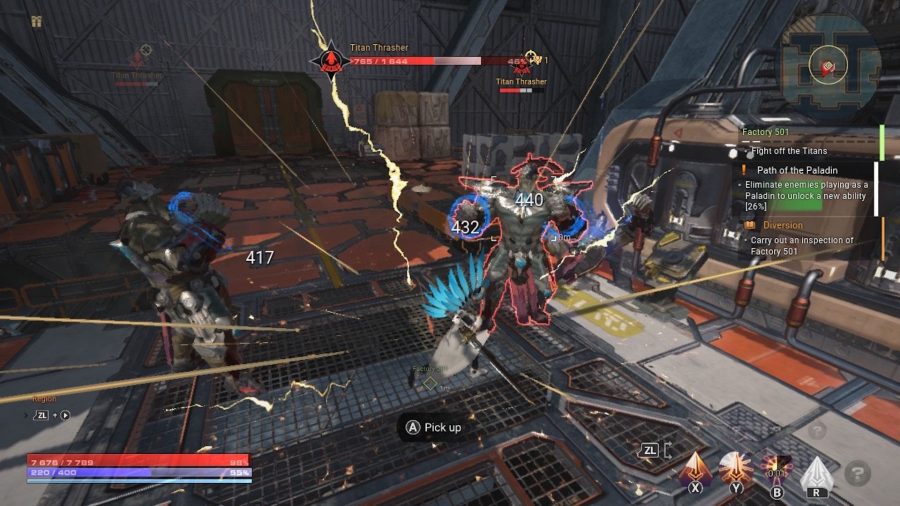 I went for a Paladin because I like playing a tank-y support role, but you can also pick the damage-dealing Cryomancer or healing Lightbinder from the get-go. There are a whopping 18 classes to play as in Skyforge, and you can swap between any that you’ve unlocked in a heartbeat, which I’ve got to admit is pretty great.

Skyforge might not be a decent free-to-play Switch port, but there are many others. Here are a few of our favourites...

Gameplay is broken down into a series of levels, which you can tackle on your own or with a group of fellow players. It’s a very similar system to Warframe, in that the objectives of each level vary but pretty much involve killing everything.

The combat is… okay. As a Paladin, I found myself just repeating the same combos over and over, pausing only to replenish my mana or dodge a particularly vicious attack. It’s serviceable, but far too simple – a far cry from action-focused MMORPGs like Guild Wars 2, Tera, or even Elder Scrolls Online. 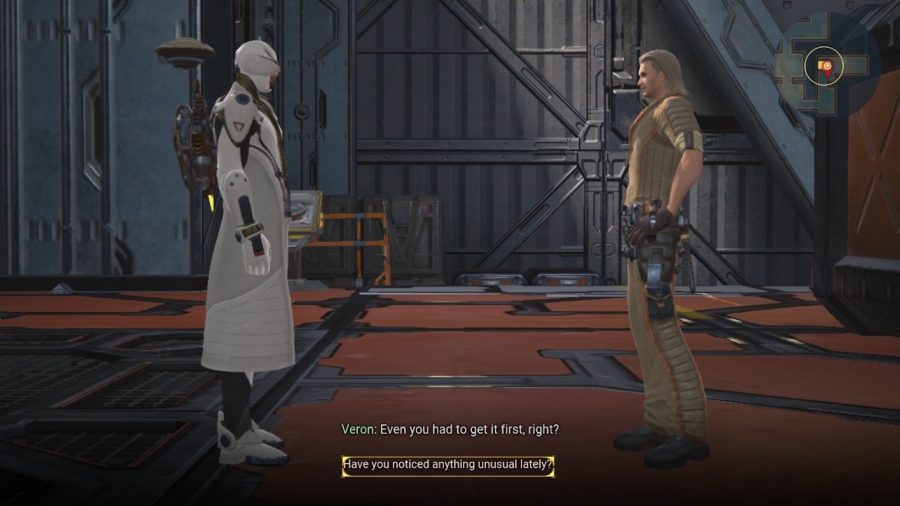 However, the core loop of smashing through levels, getting cool loot, upgrading your character, rinsing and repeating, remains compelling, and I did find myself eager to see what I would unlock next. It’s not quite on the same level as Warframe or Diablo III, which Skyforge is clearly inspired by, but it’s perfectly serviceable. And the ability to change your class (and your playstyle) on-the-fly is a very welcome feature indeed.

What I can’t speak to is how free-to-play friendly Skyforge is, as I’ve only been able to play since the headstart kicked off on February 2. However, after a brief glance through the store, it doesn’t seem overly obnoxious. It’s mostly cosmetics that, while admittedly expensive, are optional, resources to help speed up the grind, and a premium subscription. Sadly, the latter has a VIP system, which provides bonuses the more you spend, and I can see that you gain a 3% maximum health and damage bonus at rank five, which screams of pay-to-win.

While I don’t think Skyforge is entirely without merit – the class system is great, the core loop compelling, and the combat flashy enough to get by – I don’t see myself as a long-term player. The Switch port is simply not fit for purpose. Between the incredibly low resolution, juddering performance, and sound and texture issues, it’s a game that either doesn’t belong on Switch, or suffers from a poorly-handled port. 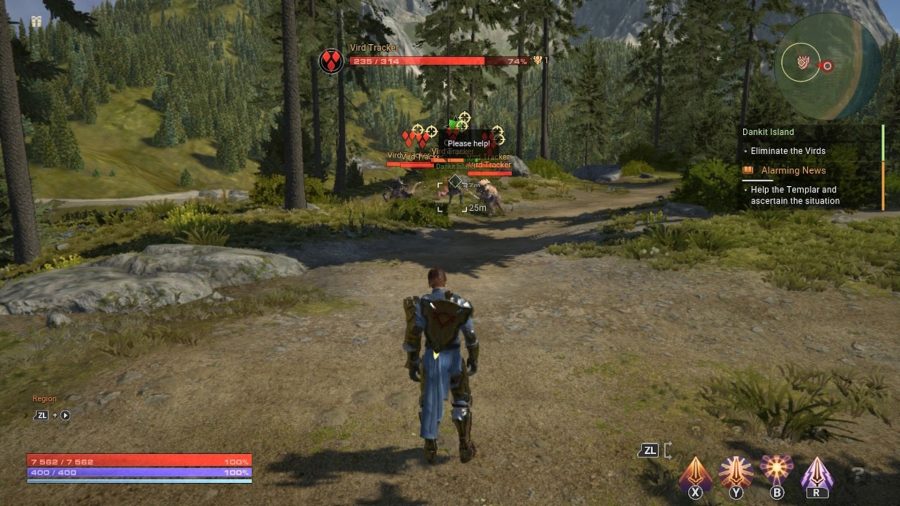 But despite that, I’m struggling to think of a reason why I would pick Skyforge over Diablo III or Warframe. Both are a million miles away in terms of their ports and have much more compelling combat, loot, and progression loops. Warframe is also free, features the ability to swap between unlocked frames, and has much more reasonable pricing if you do intend to spend.