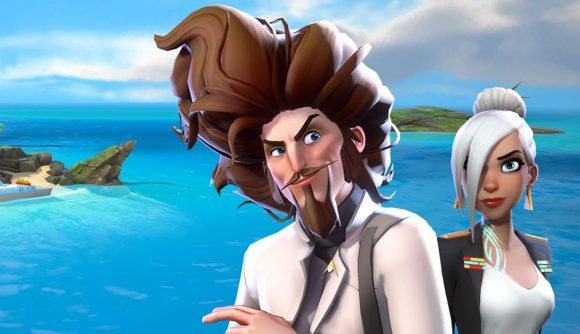 Epic Games and Bad Robot Games, owned by J. J. Abrams of Lost and Star Wars fame, have teamed up to create a brand new mobile game, Spyjinx. It’s a multiplayer strategy RPG that takes place in a colourful universe dominated by spy masterminds. You’ll participate in heists, using a wide variety of gadgets and heroes in competitive missions against real opponents.

This all takes place in the Jinx League, where you and all of the other players participate in head-to-head matches to try and crawl to the top of the league. You’ll create your own base in an exotic location ensure that it’s well-equipped to defend against enemy players that want to steal your stuff. Your base will grow over time as you unlock new content, which will also make it more valuable to loot. Bear that in mind, mastermind.

Fortunately, you can head on out and steal other people’s stuff to make up for anything you lose. To achieve this, you’ll need to send a variety of special agents on those missions we mentioned earlier. These agents, or heroes, each have different specialities, and range from hackers to brawlers. Each of them have their own unique abilities, and you can further customise them by equipping them with an arsenal of gadgets.

That pretty much describes the core loop of Spyjinx: create an exotic base, set up defences, and head on out and attack enemy bases to try and climb the Jinx League. It’s all wrapped up in now-trademark cartoon Epic visuals. If Spyjinx ends up taking place in the same universe as Fortnite, we really won’t be that surprised.

We’re not sure exactly when Spyjinx will launch, though a beta test has just kicked off that’s exclusive to Malaysia. If you’re located there, or you can bypass regional restrictions, go ahead and grab it from the App Store right now. Sadly, the beta is limited to iOS, though it appears that Android is in the pipeline.