Just as Star Wars: Knights of the Old Republic was basically a forerunner for Bioware’s Mass Effect series, so too does Obsidian’s sequel, Knights of the Old Republic 2: The Sith Lords, foreshadow a lot of its later RPG work. KOTOR 2 also has the advantage of those Empire Strikes Back vibes, the darker second installment, where things across the galaxy have just generally gone askew.

For any who haven’t played KOTOR, its sequel, or the Old Republic, the series is set a few thousand years before the original Star Wars films, telling the story of the conflict between the original Republic and the ancient Sith Empire. But there are also lots of other events thrown in, such as the Mandalorian Wars.

It’s an incredibly cool period and you’ll often see bits and pieces surface in both the films, and more recently, The Mandalorian. It could be the Republic Hammerhead ship in Rogue One, Tython in the most recent series of The Mandalorian (the Jedi starting planet in The Old Republic), or any number of thinly veiled references to Revan.

But that’s enough easter eggs – let’s set the scene. After the events of the first game, the galaxy is saved, but for some reason your character decides to bugger off beyond known space leaving a power vacuum in their wake. The dark side uses this opportunity to take hold, and a triumvirate of Sith Lords rise to power and set about dismantling the Republic from the shadows. You play as one of the last Jedi, who must choose how they approach tackling these powerful Sith.

It’s a great setup, and allows for some of the most memorable bad guys in all of Star Wars. Whether it’s Darth Sion, a stone-skinned Sith Lord who is functionally immortal, or Darth Nihilus, essentially a Sith ghost who eats planets – and has become pretty iconic for his mask. In contrast to the first game, KOTOR 2 sees you explore the darker side of the galaxy, from the crime moon of Nar Shaddaa, to Telos IV, the declining jewel of the Outer Rim. 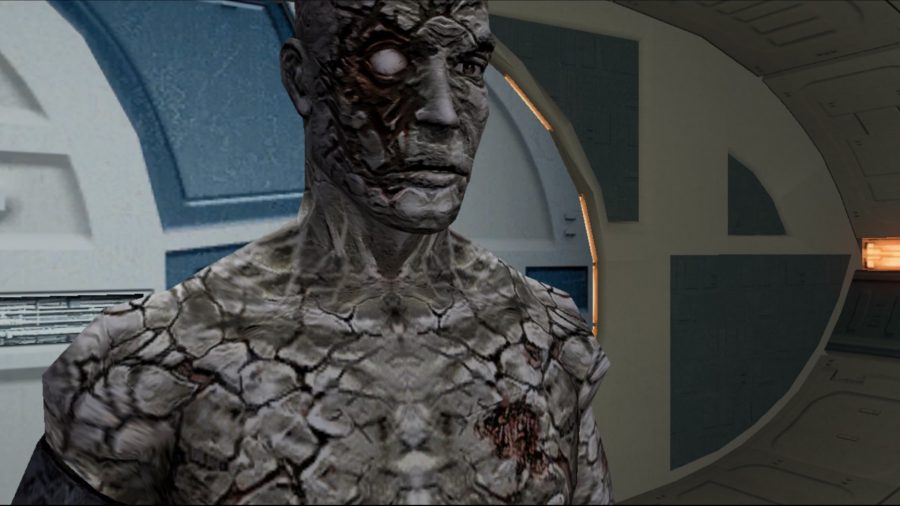 One of the few characters to return from the first game is the assassin droid HK-47. He still remains one of my favourite Star Wars characters ever, and is enjoyed by fans far and wide for his wit and tendency to refer to all humans as 'meatbags'

Another of my favourite things about KOTOR 2 is its depiction of how conflict changes people. Most of the game’s important characters are veterans or had their lives – or as with Darth Nihilus, their identities – shattered by warfare. Just as with conflict and disparity across our own history, the resulting fallout is what allows these Sith Lords to rise to a position of power. But KOTOR 2 feels like the closest Star Wars ever comes to recognising the endless cycle of war that the Sith and Jedi have doomed the galaxy to.

In terms of the game itself, it plays very similar to the first. It still has the simple yet effective real-time combat, allowing you to pause at will, and queue up attacks. It also has the same great side quests and dialogue choices, allowing you to create a paragon of the light, or a denizen of the dark side. Your appearance even alters depending on the choices you make – fun stuff. 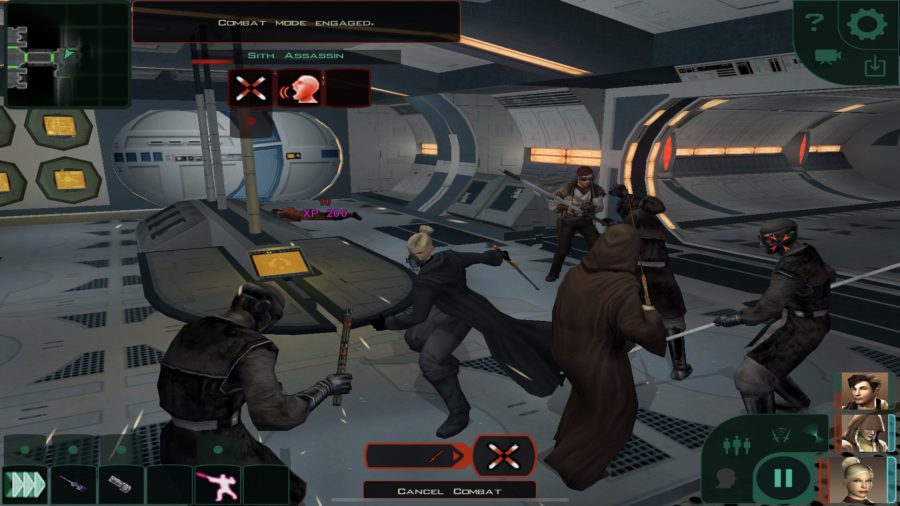 It's one of the best RPGs of all time available on your phone, and that in itself is incredible

As ports go, this is a damn good one. It isn’t a remaster, and doesn’t improve upon the original visually, but it does capture the feeling of playing KOTOR 2 on PC. The control changes are functional for the most part, such as having drop down tabs that allow you to select attacks, items, or grenades when queuing them in combat. You tap your character portrait to get to the character menu, and the mini map to bring it up in full – it’s all pretty straightforward. There is also an extremely useful quick-save button on the UI, which of course makes up for the lack of a PC quick-save shortcut key.

My only real criticism of the controls is that they aren’t dual stick, meaning you can’t move and change the camera at the same time. If you want to change the camera manually – beyond the basic one that follows your movement – you have to stop moving and shift it with the other hand. You can somewhat negate this by increasing the touch sensitivity, so you can shift the camera while moving, but it still does feel a little fiddly at times. Still, it’s a significant improvement over Aspyr’s movement system in its port of the first game, where you’d have to swipe up and down to control movement speed. 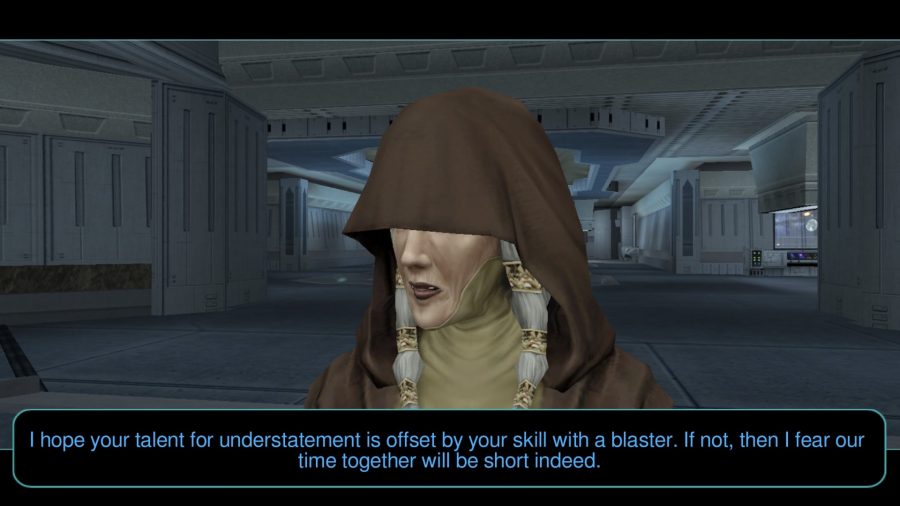 And that’s it in terms of negatives. Though it may not be an improvement per se, it’s one of the best RPGs of all time available on your phone, and that in itself is incredible. The KOTOR series has aged exceptionally well in comparison to some other games of the same period, and KOTOR 2 will provide lots of enjoyment to any RPG fan who is willing to take the leap back to something a little older.

Though it doesn't remaster the game, how can you improve upon perfection? Knights of the Old Republic 2 is still one of the best RPGs ever made, and now it's on your phone