Set during a broiling hot summer in Copenhagen, Stilstand focuses on a young woman living largely in isolation with nought but the odd concerned text from a friend and a strange shadow creature for company. She suffers from severe anxiety and self-doubt, struggles to communicate with anyone in her life, yet seems desperate for a genuine human connection, perhaps because the world around her appears to be at its end.

Niila Games’ visual novel plays out through comic-style panels, with a series of simple mini-games and interactive moments breaking up the cyclical arc of hope, a difficult setback, and unkind self-reflection. We observe as she sits in her warped room, smoking and half-watching TV, occasionally checking for texts that she seldom replies to. Time and again, her shadowy friend tries and fails to lift her mood.

Stilstand is packed full of the precise fears of the moment, and even some that are yet to come. We stand by awkwardly as she experiences the initial terror of entering a crowded party after spending days – perhaps weeks – alone, as well as the anxiety of having to once again socialise on that overwhelming scale.

Excessive drink proves to be the only way she can deal with it, which leads her to send a lonesome text to an uninterested old flame, before throwing herself through a topsy-turvy rendition of her surroundings in the vain hope of reaching the bathroom in time. 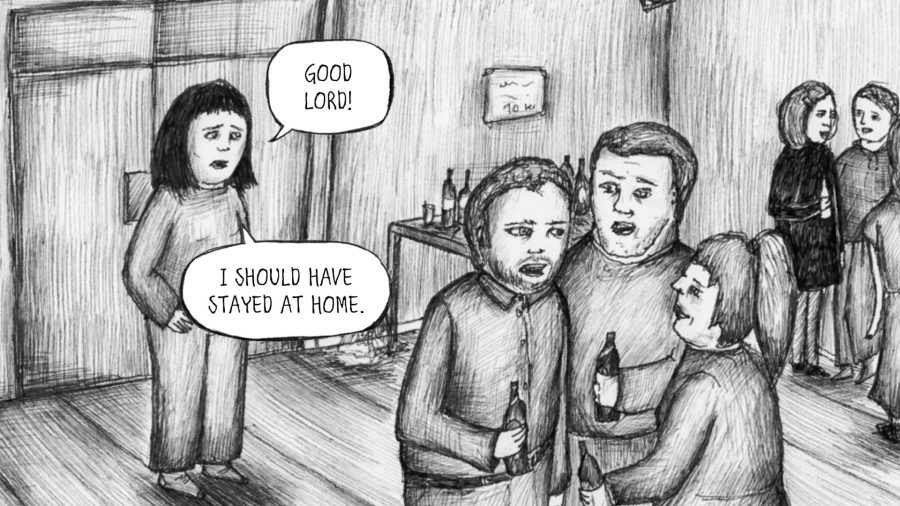 When the booze doesn’t work, she attempts to connect with a date through art. The pair visit a grisly exhibition where she’s freed momentarily from her anxieties, though the morbid sights and sounds soon force their return. The final ‘A Dying Earth’ exhibit proves too much, causing her to see oblivion and attempt to form a rapid attachment to her date before the end. It’s all too much too soon for him, and so he slips away.

The game regularly delves headfirst into the surreal during these low points, though despite their humorous nature, there remains an undercurrent of freefall panic. She’s constantly in the spotlight – every one of her actions is being scrutinised. And the small part we play in influencing her decisions brings this into sharp focus.

At times, we become much like that strange shadow creature, standing there as she self-destructs in front of us, unable to provide anything except well-intentioned – though ultimately ill-judged – advice that’s been heard a million times before. 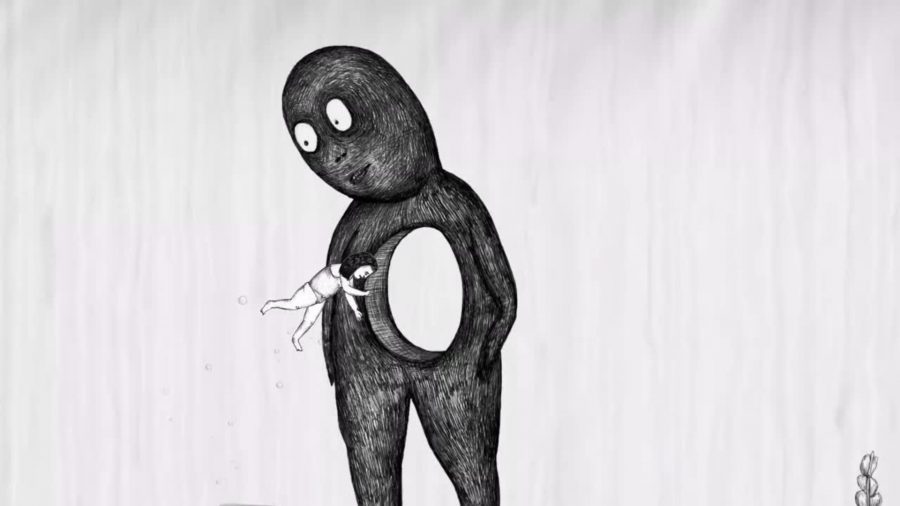 It would all be unbearably heavy if not for its dark sense of humour and comically repellent art style, which really sell this strangest of worlds. Despite its skilful balancing act, however, Stilstand refuses to pull its punches, recognising that there’s no magic wand to solve her predicament; it’s an uphill battle she faces be it summer, autumn, winter, or spring. Even in its final moments, the game’s slight shred of hopefulness is complicated by the usual self-doubt.

All told, it feels almost cruel to inflict a game like Stilstand on yourself this year, yet it remains a deeply-felt and even relatable experience, equal parts timely and terrifying.