Summoners War: Lost Centuria is one of those games that gets its complexity out of the way before you’ve even got to the action. It’s a strategic, team-building RPG that’s all about walking into the arena with the most powerful monsters at your beck and call. While you’ll definitely have seen a lot of what it has to offer before, it serves up a few novel twists to keep things fresh.

There’s a story here about conquest, creatures, and evil forces, but –for the most part – you likely won’t pay a whole lot of attention to it. The game’s single-player portions aren’t its focus; in fact, it takes a few PvP battles to even unlock any solo content at all.

Instead, your focus here is placed on collecting and equipping the most powerful team of fighters you can. There are different roles to fill, from heavy-hitting attackers to support characters and HP-packed behemoths who are designed to soak up damage. As you might imagine, the key here is balance.

Your units attack automatically, but they’ve got special moves that roll around as cards in the bottom-right of the screen. Using these costs mana, which is represented by a charging bar. When you’ve got enough mana, you can tap a card and cause that character to throw out their most powerful move. 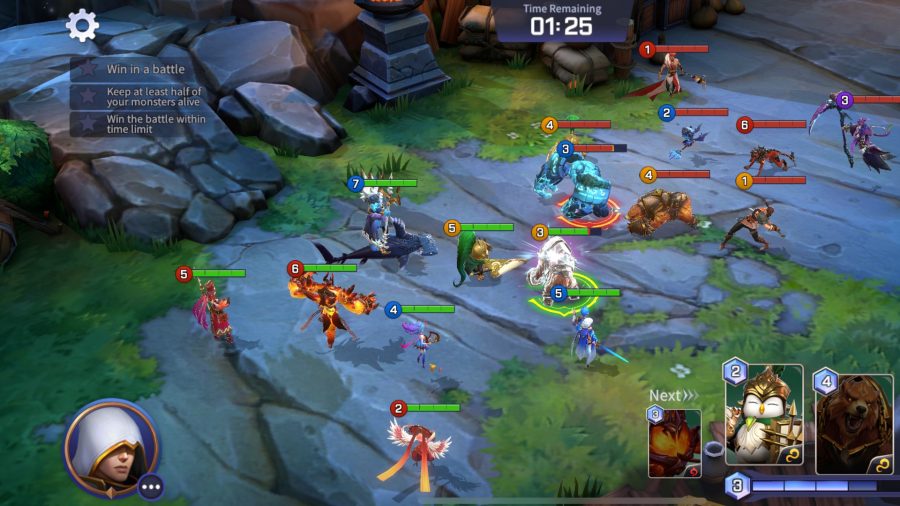 Some of these involve whomping single enemies for massive damage, while others target the whole opposing team or a specific row in their battle formation. Support characters heal and buff your crew, or debuff your foes to give you a better chance at taking them down. The card system is also where one of the game’s most interesting ideas comes into play.

If you play a card just after your opponent, you’ll perform a counter. This triggers your move before theirs and inflicts some extra damage. Time things right and you can sometimes kill a character before they get a chance to act, or heal up your squad so they’re in a better position to withstand an oncoming onslaught. 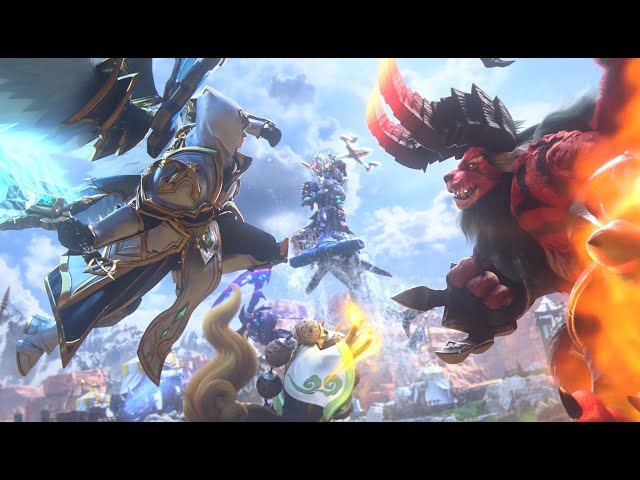 Counters make for much more interesting and engaging battles than you might find in other, similar games. You’re almost urging your opponent to play something so that you can swoop in and mess with their plans. You can also take three spell cards into battle with you. These aren’t associated with a specific character, but you can only use them once per scrap. It’s another layer of things to consider before you’ve even hit the battlefield.

Elsewhere, there are runes and skill stones to craft and equip. These toughen up your characters’ stats and moves, or add new abilities into the mix. As you fight, you’ll earn new hero cards, which you can combine with some currency to level up your fighters, as well as gems, player XP, and other such goodies. 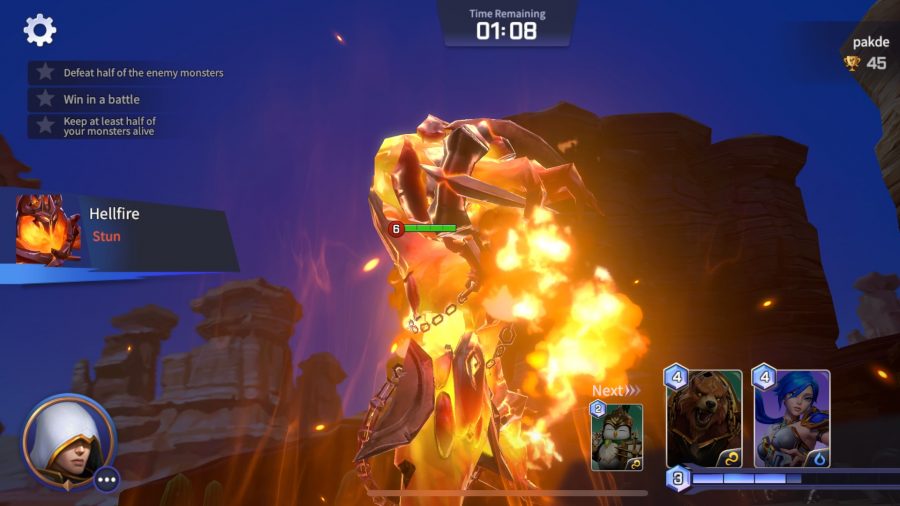 You can also join an alliance, which lets you share resources and toughen up your fighters quicker. Then there are quests and challenges, regular events, various single-player scraps, idle missions you can send your team on, and loads more. Summoners War: Lost Centuria never stops giving you things to do.

There’s more than a little character juggling here as you try to develop the best possible team, which can be a little daunting at first. Plus, unlike other games in the genre, there’s no button you can press to auto-equip your most powerful fighters. 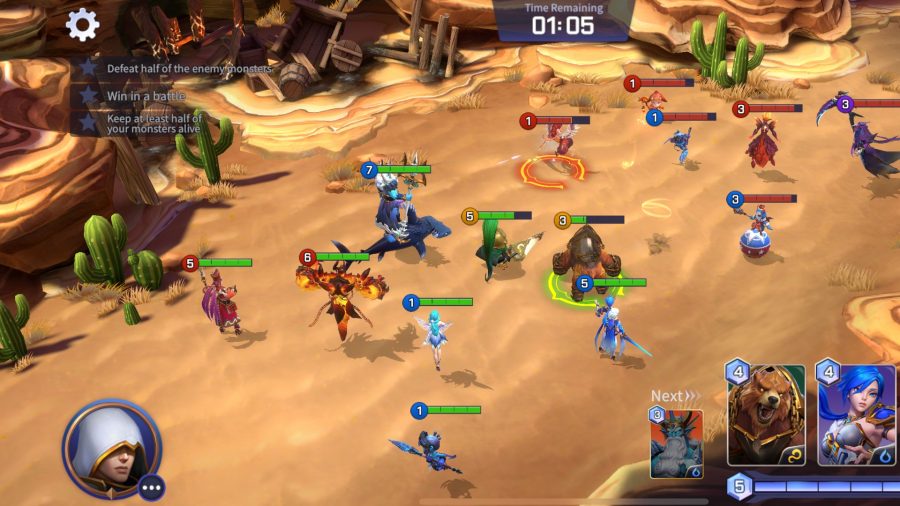 There’s a granularity to the learning curve that forces you to take in and remember a lot before you can get to grips with things. Jumping in and playing blind is possible, but as soon as you come up against a better-prepared opponent, you’re going to get your arse handed to you.

If you’re coming to Summoners War: Lost Centuria expecting something soft and fluffy that you can play mindlessly, you’re in for a bit of a shock. But if you’re willing to put the time and effort in, you’ll find an experience that’s much deeper than other games of its kind.

Summoners War: Lost Centuria's novel combat mechanics set it apart, but you need to dive into its depths if you want to get the most out of it.