Super Mario 3D All-Stars should be an easy sell. You’re getting a genre-defining titan, a much-liked black sheep, and a modern classic bundled together in a tidy package. For better or worse, Nintendo has done the bare minimum when bringing three of its most beloved titles to modern hardware, making this a no-thrills collection from top to bottom that if not for the legendary quality of the games included, would likely be one to miss.

3D All-Stars will be many players’ first exposure to Super Mario 64, Sunshine, and Galaxy. They’re among the most important 3D platformers of all time, which raises questions about how much they should be tweaked for a re-release. Some would consider anything more than a resolution and frame rate boost to be heresy, but putting aside puritanical beliefs for a  moment, I still feel more could have been done to both contextualise these games and make them palatable to the next generation of players.

Being the oldest included game, it’s a shame to see Super Mario 64 receive the least amount of attention, with it stuck at 30fps and 720p. The boxy aspect ratio doesn’t make a great first impression, and outside of a bump in resolution and a higher-quality UI, the lack of quality-of-life improvements is unfortunate.

64 features Mario at his clumsiest, and thanks to its fussy, unhelpful camera, the game’s trickier platforming sections can frustrate. Small annoyances snowball over time, to the point where I imagine many fresh-faced players will either rush through 64 or even skip past it entirely. And while I wouldn’t blame them for doing so, they’d be missing out on one of the portly plumber’s strangest and most open-ended adventures. 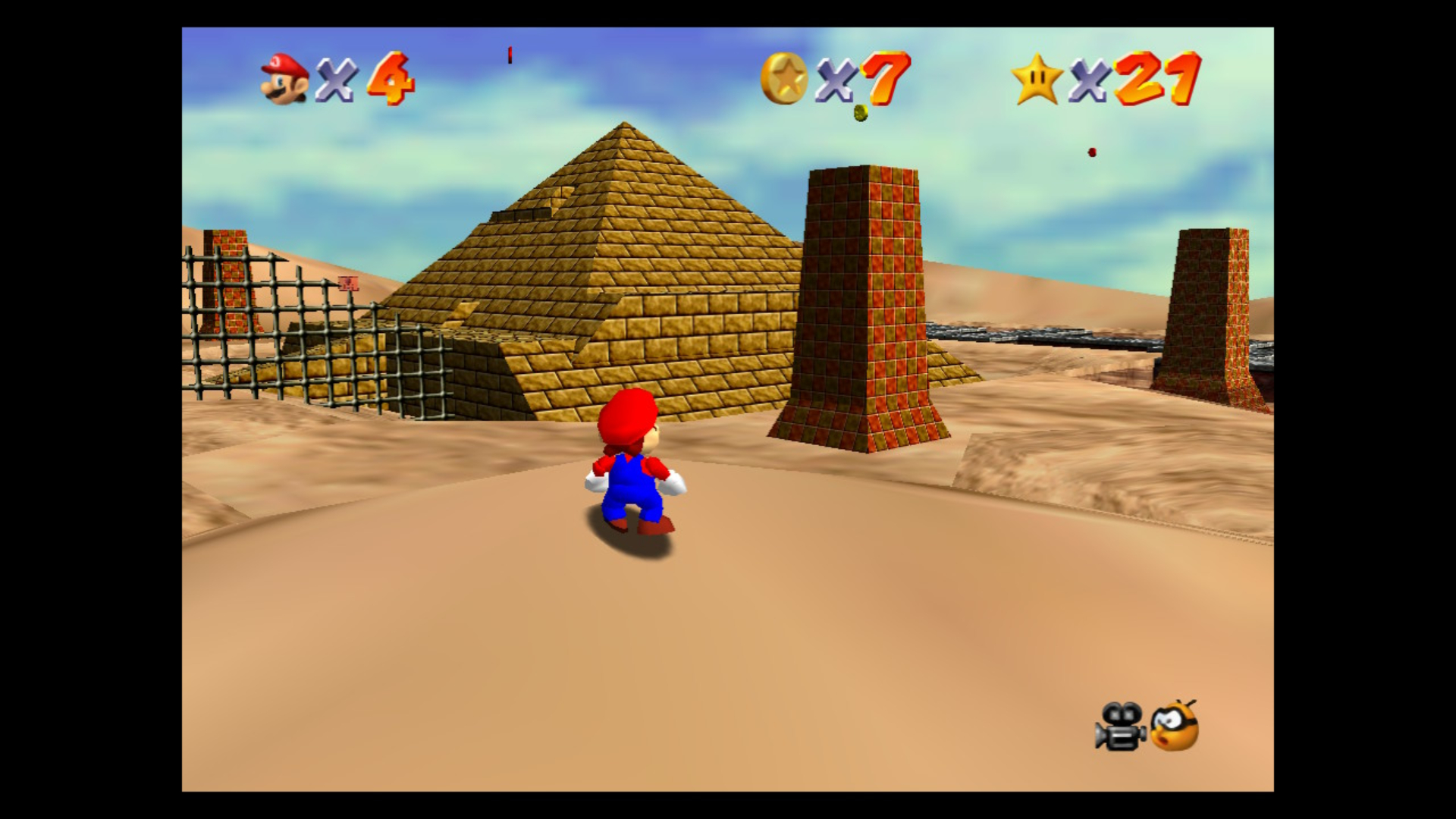 It might lack the scope of the later Odyssey, but the 1996 classic still allows for and rewards near-endless creativity on the part of its players. In fact, its level designs and Mario’s flexible moveset threaten to make boundary-testing speedrunners of us all. There are correct ways of collecting each and every star, though these are often guidelines, not rules. All told, scouring the world for secrets and experimenting with the game’s systems remains an excellent hook – provided that you can learn to live with its issues, both great and small.

Where 64 is broadly seen as one of Mario’s finest hours, Sunshine’s place on the pantheon remains very much in contention. The generational leap above its predecessor is evident from the get-go, with Sunshine boasting a sunnier holiday aesthetic and an improved control scheme. However, it doesn’t take long for the game to set itself apart from what came before, chiefly thanks to Mario’s new means of traversal and puzzle-solving, a water gun/jetpack hybrid named FLUDD. 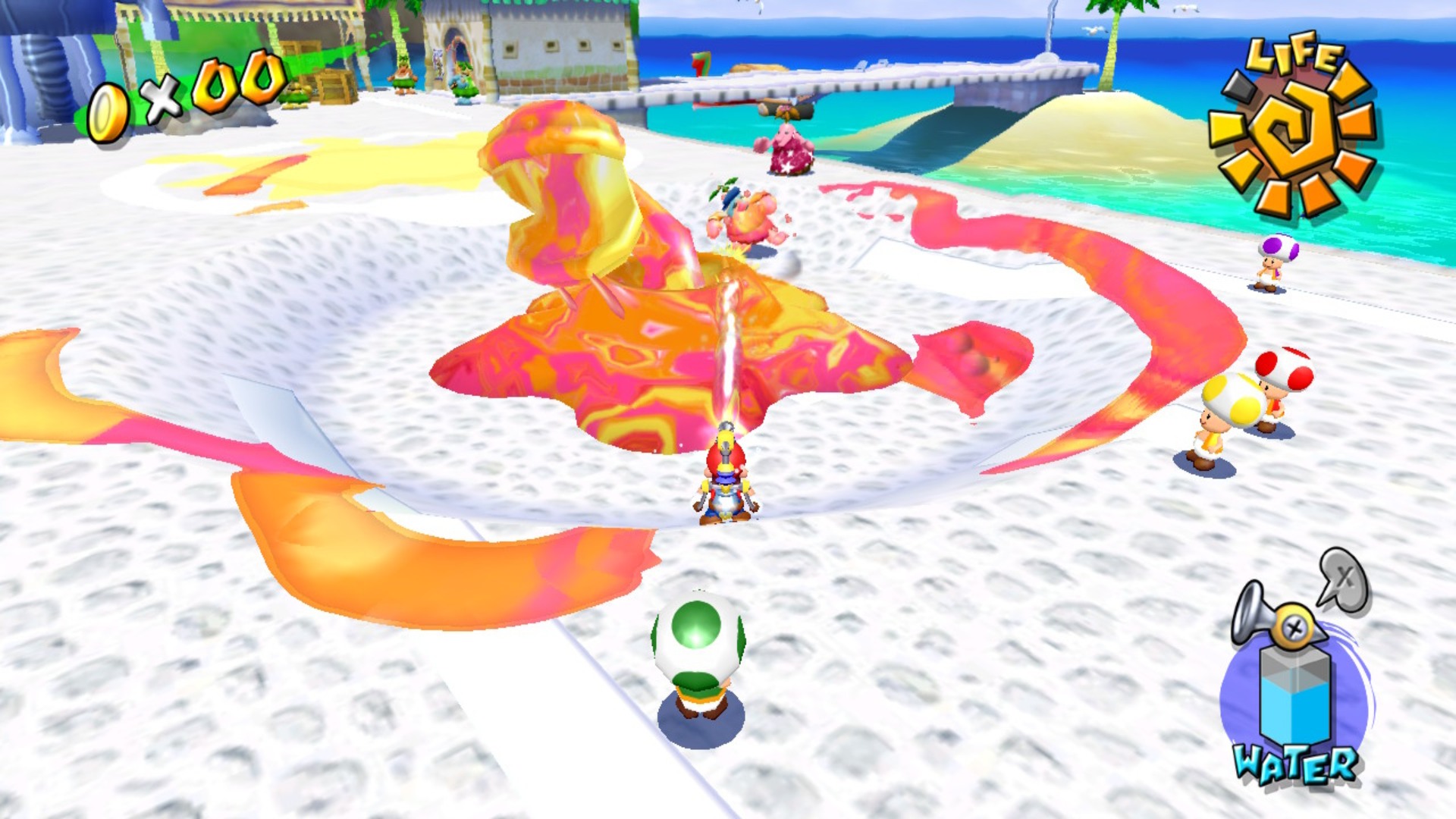 In 2020, Sunshine still comes across as a pleasant though inessential sidestep for the series. The shift to a 16:9 aspect ratio is an immediate improvement, it all controls well enough, and it looks around a decade younger than 64. That said, its stop-start nature makes it a less compulsively playable experience. Its issues extend to poorly-implemented objectives and a wild difficulty curve, yet the sheer abundance of charm on display elevates it beyond most early-2000s platformers. Does it justify its inclusion in All-Stars? Perhaps not. But, to be fair, it’s tough for any platformer to stand strong among the likes of 64 and Galaxy.

Speaking of which, it was Super Mario Galaxy that I was most concerned about before booting up All-Stars. The jump from motion controls to touchscreen in handheld is a little inelegant, but the game now positively shines at 1080p and 60fps. The levels themselves are tightly crafted and visually spectacular, though their more linear nature limits their long-term appeal. Still, Galaxy is a joy to play so many years after release, and outside of the awkward control changes, it’s hardly aged a day. It’s also likely to be the most welcoming of the three for new players, even if I still believe 64 deserves to be tried first. 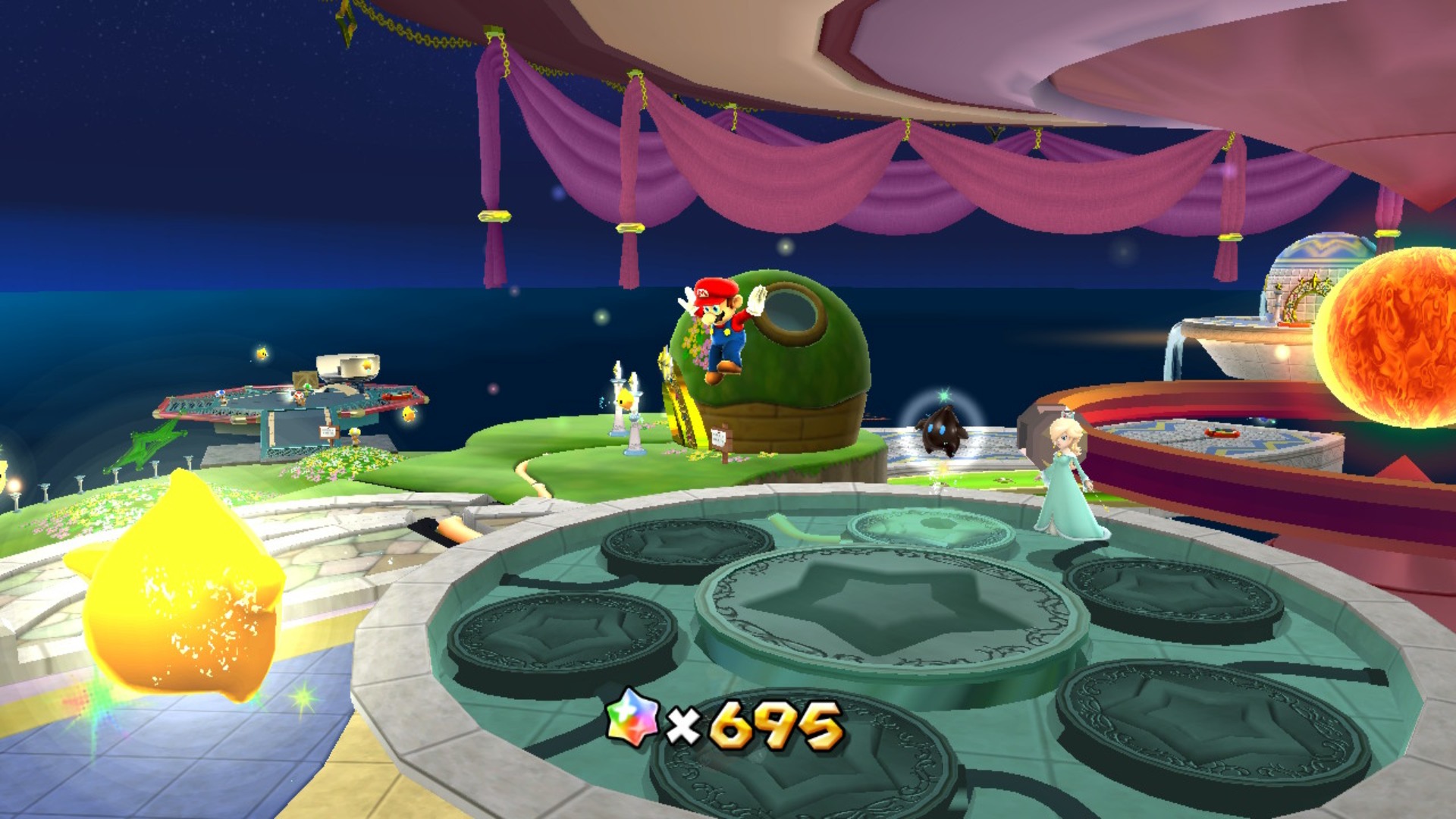 Despite the quality of each game, the package they find themselves within is hardly definitive. Beyond the staggering omission of Super Mario Galaxy 2, All-Stars’ title screen offers a bare-bones contextualisation of all three included games, such as the date and platform of their release. And without so much as a concept gallery in sight, the bundled soundtracks are left to pick up much of the slack.

3D All-Stars was a chance for new or younger players to discover why these games have gone down in history as influential classics. I suppose you could argue that Nintendo has allowed 64, Sunshine, and Galaxy to speak for themselves – and they often do. But despite the remarkable nature of its individual components, All-Stars resembles a hurried re-release as opposed to an act of careful curation.

Despite boasting three of the most beloved platformers of all time, Super Mario 3D All-Stars too often resembles a hurried re-release as opposed to an act of careful curation